REVIEW: A Gathering of Ravens by Scott Oden 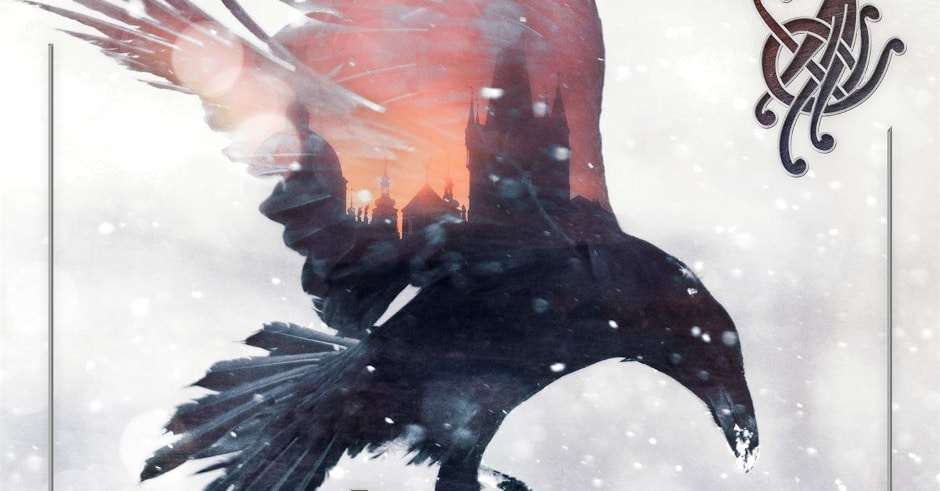 I received a review copy of A Gathering of Ravens in exchange for an honest review. Thank you to Scott Oden and Bantam Books for the opportunity. 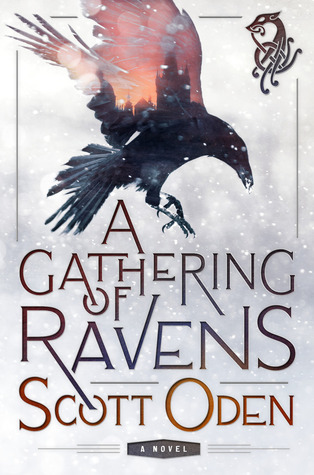 A Gathering of Ravens is the tale of Grimnir, the last orc, and is set in an alternative Europe circa the 11th century. The narrative begins when two Christians, the Danish warrior Njàll and young English hymn-singer Étaín, are forced to seek shelter overnight in a cave due to dire weather. This dwelling is Grimnir’s abode and after a violent confrontation, Grimnir essentially kidnaps Étaín. He believes that Étaín will be invaluable in assisting him on his travels to seek Bjarki Half-Dane who Grimnir plans to destroy. This gentleman is responsible for the destruction of the orcneàs and Grimnir will not rest until they are avenged. A Gathering of Ravens sees the duo travelling from Denmark to England and eventually to Ireland where there is to be a reckoning between the Old Ways and the New Ways.

“I am called many things, Christ-Dane, Corpse-maker and Life-quencher, the Bringer of the Night, the Son of the Wolf and Brother of the Serpent. I am the last of Bàlegyr’s brood, called Grimnir by my people.”

Grimnir is bitter, vile, violent, and murderous. He follows the old Norse Gods, wields an awesome seax and is generally bad-ass. He’s pretty much the perfect grimdark anti-hero. Étaín is a pretty cool character too and she develops greatly throughout the narrative. I found her a joy to follow. She witnesses magic, speaks to unspeakably powerful beings, and witnesses the wanderings of spirits and still remains strong in her faith throughout. The odd duo’s chemistry is interesting with many ups and downs. They eventually become quite fond of each other in their own unique ways, although neither would admit it, and Étaín becomes a sort of victim of Stockholm syndrome.

Apart from Grimnir, Étaín, and Njàll, there aren’t any other main characters in the first half of the novel and the events that happen are mostly travel-focused. In the second half, more point of view perspectives are introduced including those of Bjarki Half-Dane and Kormlada the Witch of Dubhlinn. By this time Grimnir et al have arrived in Ireland so we get a 360-degree view of the events and happenings there that lead to the upcoming confrontation between Dubhlinn’s Norse occupants and the Gaels of Leinster. Will Grimnir come face to face with Bjarki and settle things once and for all? There may also be someone else who has a debt to settle with Grimnir that has been 15-year in the making. Also, I’d like to quickly acknowledge the character of Blind Muave who made a quick but lasting impression here.

A Gathering of Ravens is an exciting and invigorating merger of fantasy and historical fiction with a grimdark tinge. It’s full of gory moments, skirmishes, showdowns and violent touches aplenty. Oden’s take on magic, myth and folklore was finely imagined and seemed extremely well researched and reworked. A Gathering of Ravens is a steady-paced fantasy saga that builds up the excitement levels gradually and culminates with an incredible finale. This novel acts as a complete standalone and everything is wrapped up admirably. I will definitely be reading Twilight of the Gods as soon as I can and look forward to following the Sagas of Grimnir.

I’ve not read many books where readers follow the so-called evil or dark creatures such as orcs but have had positive experiences every time I have. If A Gathering of Ravens sounds like your cup of tea then I’d also recommend reading Chris Sharp’s seriously underappreciated Cold Counsel which follows the adventures of a Troll.

Buy A Gathering of Ravens by Scott Oden