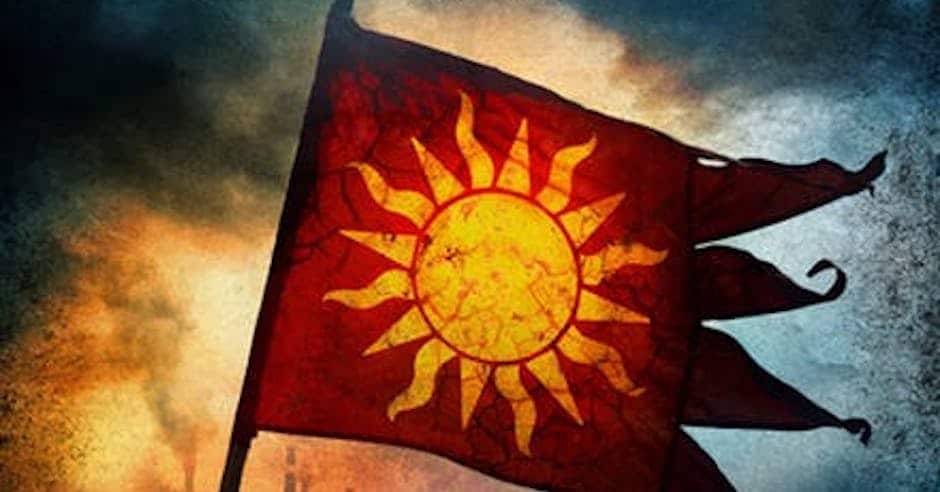 The North is invading under a new vicious leader. The Union is under threat both on its northern border and from within, as the Breakers try to destroy the progress large scale machine manufacturing is bringing. Refugees from the lands beyond the Union’s borders stream in looking for a better life and cities swell with people. Mayhem is building–diminishing jobs for diminishing pay; an invasion of cultures clashing with the locals; an unhappy populace frothing under an inept, uncaring, and brutal leadership; mountains of money to be made by the few and privileged; a protectorate begging for help–and in the gritty guts of it all are a new generation of characters grown a little soft in the last couple decades of peace and about to get a very rough awakening in Joe Abercrombie’s A Little Hatred. 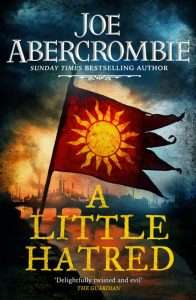 As we’ve come to expect from Abercrombie, the story of this next age in the Union’s development (or destruction?) in A Little Hatred is magnificently driven by its characters. Drawn from all walks of life in the Union and beyond, this new generation are brilliantly written, deeply engaging, and as individually unique as their predecessors. Rikke is the Dogman’s daughter, dealing with either impending madness or The Long Eye and guided by mountainwoman Isern-i-Phail. Leo dan Brock, the Young Lion, is in the thick of it, revelling in glorious combat one moment and then having strips torn off him by his mother for putting himself and the battle at risk the next. Savine dan Glotka is a ruthless business woman in the midst of building her own empire using her father’s infamous name as a baton. Crown Prince Orso is next in line for the throne, and he’s cut from much the same vain and generally useless cloth as his father. Gunnar is back from the loss in Styria, back home to his wife and daughter—only he didn’t leave the war behind. It stayed in his fists and his head, and he’s straining to hold it at bay. Vick comes from the brutal work camps and is a new member of the worker’s movement railing against the losing of jobs to the progress machines are bringing to manufacturing. Clover is cut from the old cloth of the North, and really just wants to sit on his arse under a tree, but bends to the whims of more vicious men. These characters drive the plot through a rollercoaster of twists, fights, laughs, cringes, and epic moments as the Union tries to save itself from the North, as well as from itself.

Now, if you’re new to Abercrombie’s world and you haven’t read one of the seven previous novels he’s released, fear not. This books stands on its own two feet as a reading experience. However, if you are like me and you have loved every moment with all the characters since The Blade Itself was published in 2006, A Little Hatred has an extra layer of goodness to it–like that surprise layer of dulce de leche you find in a cake when you cut it open.

One of the things Abercrombie does so well is create these characters that just stick with you. He drops a well known name (or surname) here and there and all I want to do is grab somebody near me by the shoulders and share just how fucking wide-eyed-awesome it is that these characters are still in the mix, still trying to save the Union or destroy it, or just bloody retire in peace. With this new generation of characters at the fore, and the old characters in the background as secondary and tertiary characters, there is just so much reward for your years of investment in Abercrombie’s work. Within the Circle of the World, Abercrombie has created one of the most magnificent, unforgettable casts of characters to ever grace the pages of a fantasy book.

Grimdark crowd, this book is your jam. We’ve been waiting for this, and Abercrombie has delivered one helluva ride. Get you pre-order in below, you’re not going to want to miss this one. And by that last chapter at the end, you just know book 2 in this new trilogy is going an absolute barnstormer.