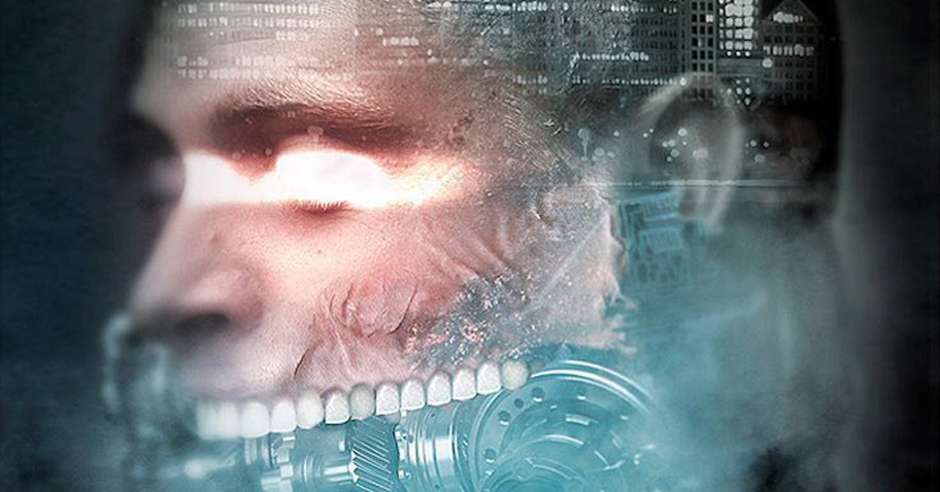 Brett Savory is best known for his short horror fiction, so it’s no surprise that his first novel, A Perfect Machine, concerns itself with secret societies, aberrant rituals and the implacable erosion of one man’s humanity. But despite the horror undercurrent, A Perfect Machine doesn’t sit easily in any established genre. The novel is neither horror nor fantasy, nor is it a simple hybrid of existing genres. It arguably leans toward magical realism but the supernatural aspects have an industrial edge that makes the term “magical” an awkward label – for example, there is a character overdosed on bullet lead who slowly transmogrifies into a giant robot. This is not the magical realism of speculative fiction writers such as Kelly Link who, even when veering into science-fiction, keeps both her feet grounded in a style more akin to a ghost story or a fairy tale, with the sci-fi elements kept at a safe distance.

Of course, ye faithful grimdark readers are thumping down your tankards of ale: Aye, but is it grimdark?

Sorry folks. On that point I have to answer, “Nay.” But with grimdark being a neglected marketing term for anything outside gritty fantasy, it’s worth talking about some of the fringe books that are flirting with our beloved subgenre. 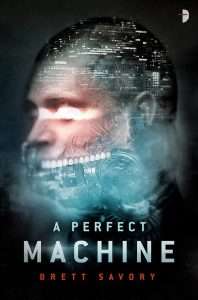 A Perfect Machine has morally ambiguous protagonists, it’s got outrageous violence and it’s got a nihilistic world. What it doesn’t have is grittiness. There is a strangely absurdist, almost cartoonish, element to the violence. Consider the main premise: Henry Kyllo has been shot hundreds of times but, rather than causing horrific wounds, the bullets have jostled out his internal organs and he is now transmogrifying into a mechanized golem. What Brett Savory has written is a surreal, allegorical novel of urban fantasy.

The reason Henry Kyllo has been the victim of multiple shootings is that he is a Runner, a participant in a nocturnal variant of tag between his faction and the Hunters. Both the Hunters and the Runners possess supernatural healing abilities and exist in a shadowy subculture that operates below the awareness of the city’s other inhabitants. Normal humans struggle to perceive the Runners and the Hunters, let alone comprehend the snippets they do perceive, such as the gunfire from the nightly shootings. The ordinary populace, for example, will rationalise away the gunfire as a car backfiring or simply forget they’ve heard it.

Although the Hunters use live ammunition, the bullets don’t actually kill the Runners according to the novel’s dream logic. Instead, the bullets accumulate over the course of multiple runs, causing the aforementioned transmogrification. Earn the dubious distinction of getting shot enough times, and a Runner just might eventually reach the mythical saturation point of a hundred percent lead. Apparently, it has happened only once before, and the outcome of that threshold crossing is a debated topic amongst Hunters and Runners alike.

While their preferred term for the mythical transformation is “ascension”, a label that probably sounds like a divine reward when you’re eating bullets every night, Kyllo suspects that the hard reality of an ascension might be something rather more skewed off the heavenly path. This isn’t reassuring for him because he’s destined to cross the threshold and discover first-hand what happens, whether he wants to or not.

The central plotline tracks his subsequent threshold crossing and transformation. His companions are his girlfriend, Faye, and his friend, Milo, the latter having become a ghost after being beheaded, an assuredly more efficient method of killing a Runner than using mere bullets.

The purpose of the run itself is never made clear. Much like Kyllo’s transformation, the conceit of the run defies logical explanation. What is probably the best idea in the novel is the reason why the Runners and the Hunters persist in their nightly japes: miss a run and someone you love will vanish the next morning. No trace. Just gone. There’s no rhyme or reason to it – it simply is, an allegory to life and death as we experience it. Similarly, the city itself is not a representation of any existing city. It lacks specific landmarks and detail, a concession to the allegorical leanings of the story.

If you’re a dyed-in-the-wool science-fiction reader who demands a rational explanation, then this novel will drive you nuts. However, once you think about the story a bit more, you start realising that the story  is more tightly structured than it seems on a casual read. There’s certainly a religious metaphor being explored, with reference to the Runner’s “ancient holy books” and what they say about the penalties that apply to those who refuse the run. Kyllo is quick to point out that the religious texts don’t provide a good answer to the why of the disappearances. Their religion gives them no logical answers to the cause-and-effect realities of their unique universe.

And then there is the fact that in Kyllo’s world, true death means transcending death and becoming purely spiritual – a ghost like Milo. The ghosts in this story are striving to help the living, while Kyllo, who is “ascending” as per the holy texts, can only hurt the ones he loves.

The simplicity of the setting and the unanswered questions are undoubtedly intentional. It’s highly unlikely to be a lack of craft since Savory is too experienced a writer. Is his novel making a point about the arguably simple answers of religion in the face of a complicated world? That’s a question only the reader can answer.

The difficulty for many readers, of course, will be that the novel answers too few of the questions it raises but that seems to be the point. After all, if the novel is exploring religious themes, then it is fair that nothing is explained because one of religion’s indispensable keystone is faith. What the Hunters and Runners are doing is a ritual, where the faithful are rewarded with ascension. In this fictional reality, as Milo discovers, life does exist after death, and it is a ghostly, meaningless life. For the faithful, something above life after death has to exist to make their faith compelling. This is where “ascending” comes in.

Is the intentionally ludicrous ending that is the terminus of Kyllo’s transformation a poke at promises about the afterlife? There are a lot of ways to interpret what Savory has written, but perhaps multiple interpretations is an author’s only prudent decision when the central theme may be religion.

One final point worth mentioning is that the narrative is unusual in that the point of view head hops multiple times within scenes. We might start in Kyllo’s, then rapidly switch to Milo’s, then Faye’s, then back to Kyllo’s point of view. This is a brazen move in a speculative fiction paperback. Inevitably, there are a couple of instances of confusion, although the effect is for the most part successful.

I cannot honestly recommend this to the majority of grimdark aficionados. The allegorical nature of the story necessarily results in the narrative avoiding  grittiness and fine details. Everything from the city’s name to the types of firearms is left blank. In terms of plot, it also leans away from what is typically found in speculative fiction and toward the literary, where themes can take precedence over plot. The result is not a slow pace, but rather a novel that raises more questions than it provides answers. However, if you’re not afraid of something different that will give you pause for thought about the institutions in our real world, then this novel is worth a look.