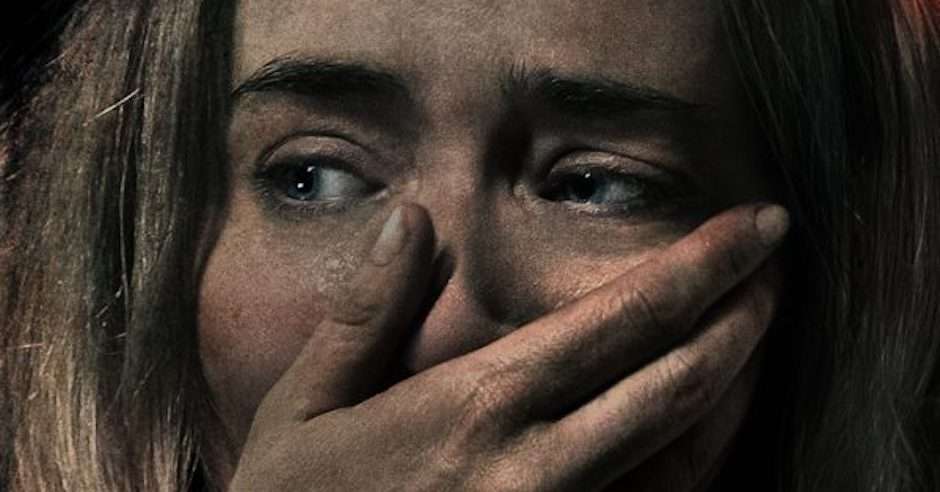 A Quiet Place is a 2018 horror film directed by John Krasinski – the man once known as Jim from The Office. The story follows a father (Krasinski) and mother (played by Krasinski’s real wife Emily Blunt), as they attempt to protect their children from ruthless, blind monsters with an acute sense of hearing. 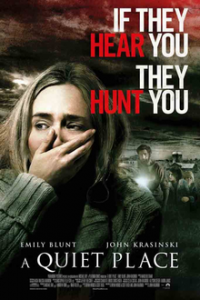 A Quiet Place is a unique movie that uses sound in a way that few other movies have in the past. The Abbott family consists of husband Lee, wife Evelyn, sons Marcus and Beau, and deaf daughter Regan. The movie, directed by Krasinski, plays on the dynamics of having a family confident in the use of sign language who are tasked with staying as quiet as possible to stay alive. A year after the invasion of the strange and deadly creatures, the family are struggling to survive in a decimated, almost post-apocalyptic world. The brutality of the world is shown with a swift and gruesome death early on that I won’t spoil here. Needless to say, this world is grimdark to the core and only the cunning and innovative members of humanity will survive.

Krasinski plays a role in A Quiet Place that is similar to those seen in stories such as The Road (Viggo Mortensen’s Man), The Last of Us (Troy Baker’s Joel), and Logan (Hugh Jackman’s Wolverine). Weary, grumpy, but determined to keep those he cares for alive, he trains his family to survive and teaches them what he knows to ensure that they will be able to live on once he is gone. Each actor/actress is cast to perfection in the film, with the family feeling as though they truly care for one another and they will go to the ends of the earth to protect each other. They have their disagreements, like all families, but they overcome these to be stronger as a unit.

Krasinski has likened A Quiet Place to a two-hour version of the scene in Jurassic Park where the raptors are stalking the kids in the kitchen. The tension holds throughout the two hours and Krasinski shows a deft hand as director with scenes that call back to Hitchcock and Spielberg, masters of tension and horror, as he builds the suspense throughout and his use of foreshadowing to raise tension is unparalleled this century. When watching the film in the cinema (the perfect place for such a tense movie), people delayed eating their popcorn until after the movie as they were so drawn in by the eerie silence held through most of the film and even a pin would have been heard had it been dropped. Krasinski has his audience in the palm of his hand and he sets each scene up like a master director in the prime of his work and he then manages to nail each scene with perfection, drawing gasps, screams, and cries of horror from those watching. A Quiet Place is a perfect example of tension building and suspense in horror without having to jump to gore and violence. Each scene is perfectly put together to draw the most out of its nervous audience.

Dystopian worlds are nothing new, but A Quiet Place uses sound to stand out from the crowd. Unable to speak due to the monsters all around them, the characters are forced to use their expressions and sign language to convey heavy emotion and carry scenes that pull on the heartstrings. It forces the actors involved to step up and thankfully, as mentioned earlier, the cast is more than up to the task.  Both John Krasinski and Emily Blunt knock it out of the park as the parents struggling to hold their family together in a broken world and Millicent Simmonds is surely a breakout star and one to watch for the future as she plays the strong, determined Regan.

A Quiet Place is thoughtful horror with a heart. Two hours of tension may have taken years off of my life but I feel it was worth every moment. A Quiet Place is a unique film that stands out as one of the best horrors of all time and is proof that there are still new ideas to be mined in a genre that has at times appeared to turn stale. It is a masterpiece that deserves to be seen by as wide an audience as possible.