REVIEW: A Ritual of Bone by Lee C. Conley 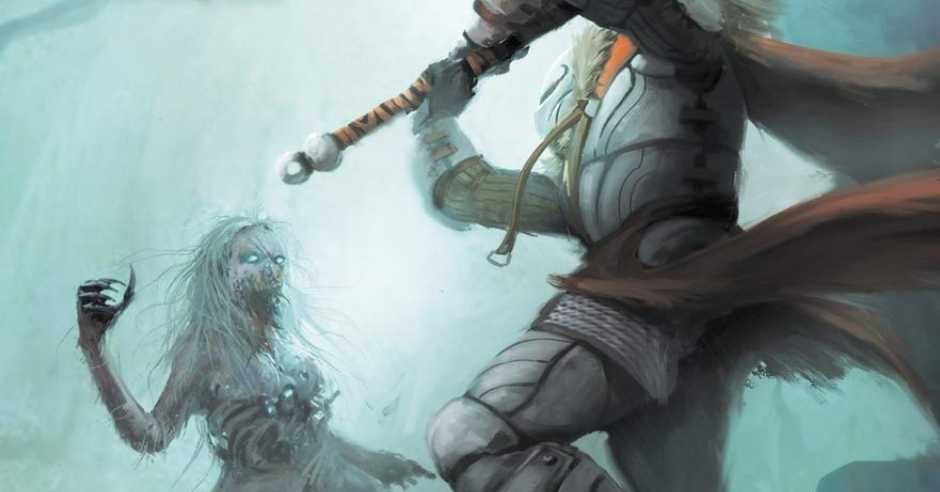 A little bit fantasy, a little bit horror, A Ritual Bone was a whole lot of awesome. Lee C. Conley crafted an excellent fantasy that is liberally sprinkled with viscera, although never at the cost of story. 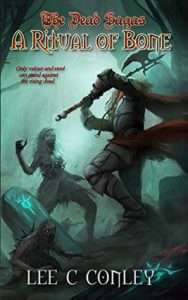 I have not read a ton of Norse inspired fantasy, although I am getting a bit more experience with that kind of setting. However, I am pretty sure that zombies don’t usually make an appearance in this sort of book, and I was here for it!

At its heart, A Ritual of Bone was about the people and how they deal with an unexpected disaster of the sort that you can’t ever be prepared for, even if you have prepared. Seeing the lengths the characters went to and what their motivations were was truly fascinating.

There were several things throughout this book that were done incredibly well. First, there’s the use of magic to make an unutterably stupid mistake, one with disastrous consequences. Curiosity killed the…well, in this case it killed more than just the cat. I will never stop loving the idea of someone dabbling in things they really shouldn’t. It is absolutely believable and can lead a plot in so many unexpected directions.

Another way that A Ritual of Bone killed it is with the zombies themselves. They weren’t the mumbling, shuffling (and-frankly- boring) kind of undead. Rather, they felt a little like a starving wild animal: desperate, cornered, and vicious. They were often nail-bitingly intimidating. I also liked that they didn’t jump straight into mindless killer mode. There were moments of introspection, even, from the zombies themselves. This was not done in a comical way, and it served to add an extra level to an already emotionally charged book.

The book was never scary, but it happily lurked in that stressful territory that will always keep me reading late into the night. I was fully invested from very early on. The atmosphere in A Ritual of Bone was brilliant. Conley was a wizard in his descriptions, casting a smokey pall that was gritty, dark, and extremely compelling.

The book followed multiple characters, all of which offered something different to the plot. While they were all well-written, there were a couple who stood out to me. Bjorn, a hunter who was captured by wild men, was quite possibly my favorite. I also really liked reading about Nym, whose purpose was to take care of her brother, which provided a different perspective.

A Ritual of Bone did come across as a little repetitive from time to time, but it was not enough to dull my enjoyment in any way. It is a small niggle in an otherwise great book. There are some questions I hope to see answered in the future, and I’m excited to continue on to book two.

I recommend A Ritual of Bone to readers who want a new take on zombies, or readers who like a sense of urgency in their fantasy.

Read A Ritual of Bone by Lee C. Conley