REVIEW: A Storm of Swords by George R.R Martin 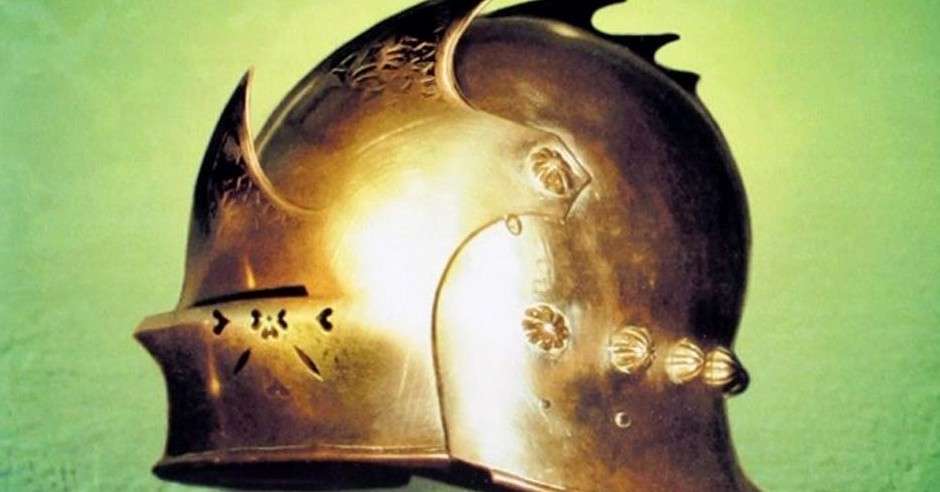 The strong momentum from A Clash of Kings continues in A Storm of Swords, the third volume of A Song of Ice and Fire, as George R.R. Martin chronicles his epic War of the Roses-style competition for the Iron Throne and control of Westeros. Although many important events occur on the battlefield, the more consequential tactics involve the forging and breaking of interfamilial alliances through strategic marriages and a healthy dose of backstabbing. 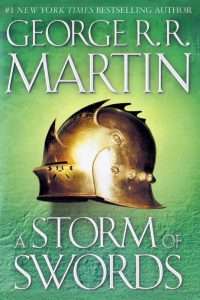 After spending most of A Clash of Kings imprisoned by the Starks at Riverrun, Jaime Lannister becomes one of the main point-of-view characters in A Storm of Swords. George R.R. Martin has accomplished a nearly impossible feat with Jaime, making the reader feel sympathy for this obnoxious, arrogant, incestuous Kingslayer. Despite all the terrible things he has done, Jaime still has a shred of honor, and I actually felt compassion for him by the end of the book.

Another highlight from Jaime’s chapters is getting to know Brienne of Tarth, an imposing warrior who has sworn to deliver Jaime safely to the Lannisters in exchange for release of the Stark girls. I especially enjoyed seeing how Brienne manages her distaste for Jaime while fulfilling her promise to the Stark family. As Jaime’s situation becomes increasingly out of hand, Brienne’s strong commitment to his safety never falters.

Tyrion Lannister remains as one of the most intriguing characters in A Storm of Swords. Tyrion’s fraught relationship with his family is brought to the forefront, especially with his siblings, Cersei and Jaime, and his nephew, the insufferable boy-king Joffrey. The relationship between Tyrion and his father, Lord Tywin Lannister, is particularly tragic.

Among the Stark children, Sansa is essentially a Disney princess caught in a grimdark world. Originally hoping for a happily-ever-after with the pouty-lipped Joffrey, Sansa’s delicate innocence only brings her suffering. In A Storm of Swords, Sansa finally escapes the clutches of the Lannisters but is left to deal with the creepy Littlefinger, who harbors a lifelong infatuation with her mother, Catelyn. It’s hard to tell which situation is worse for the unfortunate Sansa.

Sansa’s younger sister, Arya, is the most Dickensian figure in A Song of Ice and Fire, orphaned and destitute, trying to survive in a cruel world that never does her any favors. Arya’s only glimmer of hope in A Storm of Swords—her arrival at a family wedding—proves to be an ill-timed disaster.

Love and violence are inexorably linked at Westeros weddings, especially in A Storm of Swords which includes the infamous Red Wedding massacre. We lose several major characters during nuptial festivities, although one of them has trouble staying dead.

Meanwhile up north, Jon Snow struggles between honoring his Night Watch vows and acting on his love for Ygritte. Unbeknownst to Jon, Bran Stark is also traveling north to the Wall in search of the three-eyed crow from his dreams. George R.R. Martin also introduces a third point-of-view character at the Wall, Samwell Tarly, the loyal friend of Jon Snow who serves as the Samwise Gamgee of the book. I found Sam’s perspective to be unnecessary given the other already-established point-of-view characters.

I also question George R.R. Martin’s decision to go all-in with Davos Seaworth, Stannis Baratheon’s favorite onion-obsessed confidant. There are many layers to the Onion Knight, but none of them are particularly interesting. The Davos chapters serve as a window into the matters of Stannis and the red priestess Melisandre. With her powerful magic and shadowy intentions, Melisandre would have been the more interesting choice to become the point-of-view character for these chapters.

Fortunately, we get to spend more quality time with Daenerys Targaryen in A Storm of Swords compared to A Clash of Kings. The exiled Mother of Dragons continues to amass power as she overcomes treachery within her own ranks. Daenerys becomes a favorite with everyday people as she frees enslaved populations en masse and exacts justice for crimes committed against them.

A Storm of Swords is a delight for grimdark fans and another high point in George R.R. Martin’s enduring saga of war and betrayal.

Read A Storm of Swords by George R.R Martin