REVIEW: A Terrible Fall of Angels by Laurell K. Hamilton 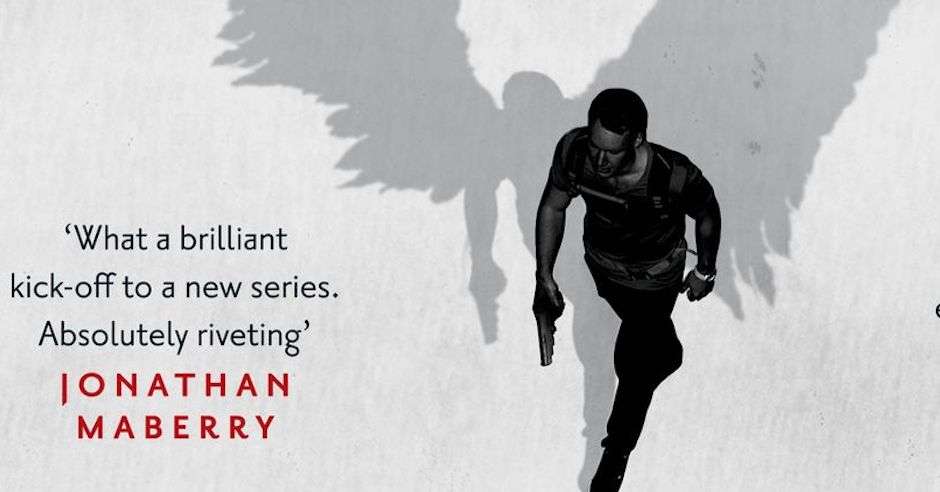 I know that Laurell K. Hamilton is probably not the first name to pop in to one’s mind when grimdark is mentioned. I have been a reader of her books for about two decades, so I can say with confidence that this latest offering, A Terrible Fall of Angels, is more similar to her earlier supernatural detective fiction than her other recent offerings and although I don’t mind the smuttiness of her later works there is none of it to be found here. I would not put it on the grimdark shelf in my book case, but it belongs grimdark adjacent. I really wanted to like this novel and I was hoping for a return to her earlier gritty style but unfortunately Hamilton missed this mark here. 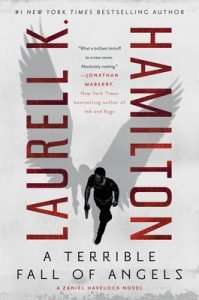 A Terrible Fall of Angels is the first of a series set in a new world from Hamilton and was written in response to the requests from her readers to distract from the global pandemic. Hamilton has said in interviews that the first line of the novel ‘there were angel feathers in the dead woman’s bed’ had been unchanged on a post-it note on her wall for a decade. It is somewhat disappointing that it seems this novel has been rushed out, given that it had been brewing for so long. There are some annoying inconsistencies and unnecessary repetitions that I think would have been resolved if it had had some more time taken with it. This is an alternative universe fantasy, set in a recognisable modern world, with many grimdark features we can enjoy: the lead character is flawed, it is dark, violent, and deals with the blackest aspects of both the natural and supernatural.

This is the first time Hamilton writes from a male perspective, with our protagonist being the detective Zaniel ‘Havoc’ Havelock. Havoc is the angel expert on the Metaphysical Coordination Unit in the Los Angeles Police Department. He is also an Angel Speaker so he can communicate with angels directly. However the angels in this world are not the cute, cuddly, cherubs we have been conditioned to expect. They are awesome and terrifying with blinding fire and divine powers. In this world angels and demons are real and they have entered in to a treaty which prohibits a celestial war and limits the numbers of beings that may be sent down, or up, to earth. Demons being allowed to prowl the world neatly explains why there needs to be metaphysical law enforcement.

Havoc is meant to be a relatable main character. He is in his thirties, an army veteran, his second marriage is falling apart around him, he had a difficult childhood and as the novel progresses is forced to deal with his own personal demons and troubled past. Havoc is not a morally ambiguous anti-hero that we love to hate but he also is not a knight in shining armour swooping in with unnatural touched by God skills always able to save the day. I really wanted to feel for him, but I just did not. As the novel went on I felt less sorry for him and was more frustrated by his whinging and how easily distracted he was by the body of any female character.

This is a fast paced novel from Hamilton and as A Terrible Fall of Angels has very short chapters, some only a couple of pages long, it can be read at speed. It was easy to pick it up, and put it back down, and read in short bursts when I didn’t have a large amount of dedicated reading time. It has a similar feel to other supernatural detective novels, such as Jim Butcher’s Dresden Files or Ben Aaronovitch’s Rivers of London but with a very modern American spin to it particularly with the police procedural elements and in the intense action scenes which invariably involve fire arms as well as magical violence. A Terrible Fall of Angels is clearly well researched and is a believable urban fantasy with an absence of dense world building. However because so much research has been done and that information is then largely passed on to us through character conversation it seems like a lecture. Although I would accept that this may have been to form a foundation to the series, I would hope isn’t relied on as much if there are subsequent novels. A Terrible Fall of Angels has all the ingredients of a good dark urban fantasy but unfortunately it is not a novel I enjoyed. I would read a second novel if there was one out of curiosity but it would not jump to the top of my reading list.