REVIEW: A Touch of Light by Thiago Abdalla 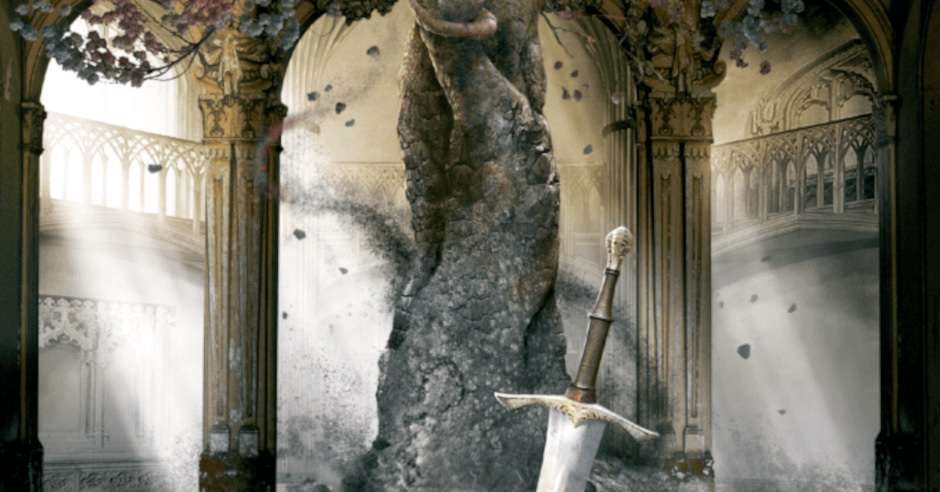 Death is an unhealthy obsession in A Touch of Light, the debut high fantasy novel from Thiago Abdalla and the first entry in his new series, The Ashes of Avarin. The world of Avarin is divided into two clashing civilizations with diametrically opposed views on death. In the north, the Seraph blesses the people of the Domain with unnaturally long lives. To the inhabitants of the Domain, death is the ultimate sin against the Seraph herself, bringing shame to one’s family. The bodies of the pure can be preserved, with the understanding that the Seraph can bring them back to life upon her return to Avarin. The others are burned and forgotten, never to be spoken of again. 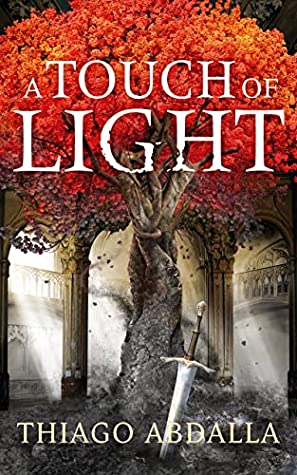 While the Seraph is a goddess of life, in the south the people of the clan lands live in fear of Zala, the goddess of death. To prevent Zala’s return, they embrace death as necessary for keeping the earth alive and maintaining a healthy circle of life. However, the inhabitants of the clan lands are almost too eager to sacrifice people who show any sign of weakness.

A Touch of Light is told as an interwoven tale from three point-of-view characters. Adrian is a prince from the Domain, whose beloved brother Jovu has recently died under unknown circumstances in the clan lands. Nasha is a hunter from the clan lands who is beleaguered by a mysterious curse and is struggling to find her place in a hierarchical society. My favorite character is Lynn, a Sentinel warrior from the Domain who is fighting against the resurgence of a plague known as the Madness. For the death-fearing people of the Domain, the return of the Madness is an unspeakable horror. Those afflicted with the Madness become uncontrollably violent, even wearing the peeled-off skin of the dead as a type of necrotic mask.

The Sentinels enhance their physical powers by forming emotion-based bonds with griffins. Lynn’s bond with her griffin, Vedyr, is created through their shared anger. By combining her anger with Vedyr’s power, Lynn can gain superhuman strength and swiftness. However, Sentinels risk losing their minds if their powers are overused.

While fundamentally a character-driven fantasy, A Touch of Light also shines in its ambitious and detailed worldbuilding. Thiago Abdalla has created a boldly innovative world of clashing cultures and political intrigue, not only between the Domain and the clan lands but also among the various countries and ruling families within those civilizations.

Abdalla’s focus on opposing religious views and the interconnectedness of religion and politics reminded me of The Priory of the Orange Tree by Samantha Shannon, another favorite of mine full of nuanced world-building and compelling point-of-view characters who reflect the values of different societies. But I would argue that A Touch of Light addresses these topics even more effectively than The Priory of the Orange Tree, while also creating a more compelling, well-balanced cast of characters. While female characters are often, unfortunately, given only minor roles in classic high fantasy, The Priory of the Orange Tree swung the pendulum in the opposite direction, presenting complex female characters but with rather two-dimensional male counterparts. In contrast, A Touch of Light does an excellent job developing both female and male point-of-view characters, all with realistic faults and strengths, without any objectification.

Thiago Abdalla is an excellent writer. The prose flows smoothly throughout the book, successfully transporting the reader to his carefully crafted world of Avarin. The physical book itself is remarkably high quality, with keen attention to detail from the beautiful cover designed by Alejandro Colucci to the meticulous editing throughout the text.

I should caution prospective readers that Thiago Abdalla does not engage in any handholding in A Touch of Light. There is no mentor character who explains everything to us as the reader. Rather, we are thrown directly into the world of Avarin and must piece together key elements of the world as the story progresses. Thiago Abdalla has constructed this world with great care, but it took me about 100 pages to get my bearings. After the first quarter of the book, the story takes off at an accelerated pace and never lets up till the last page. There is also a great setup for future sequels, which I look forward to reading.

A Touch of Light is highly recommended for fans of nuanced character-driven fantasy who wish to get lost in a richly detailed new world full of intrigue and action.

Read A Touch of Light by Thiago Abdalla