Review: A War in Crimson Embers by Alex Marshall 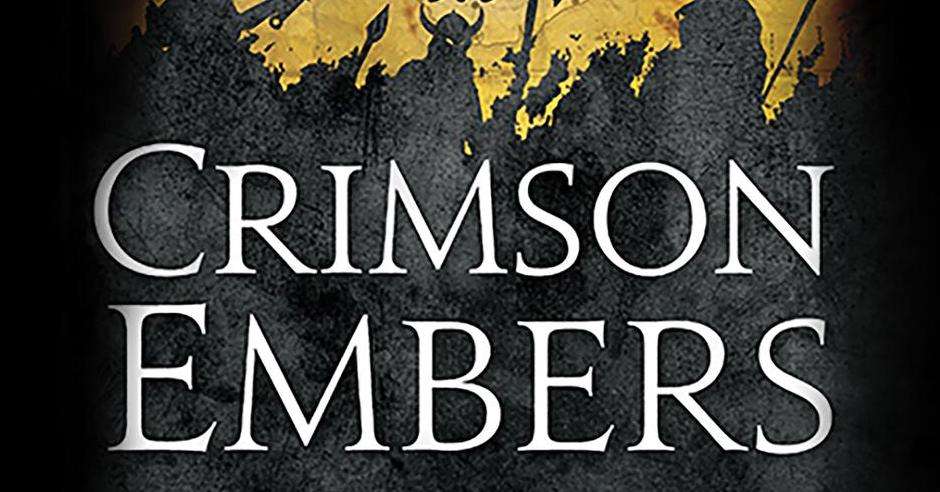 Alex Marshall’s A War in Crimson Embers is the barnstorming end to one of my favourite trilogies of the last few years. Brilliantly structured, full of laughs and groans and twists all delivered in the Marshall’s very readable style, the author has delivered on the promises the first two books made during the their build up to the unleashing of Jex Toth and the pitting of the remaining Villains against… well… just about everybody it feels like at times! I guarantee you, grimdark reader, that this is a trilogy you’ll want to finish (or start, if this is the first you’ve heard of the Crimson Empire). 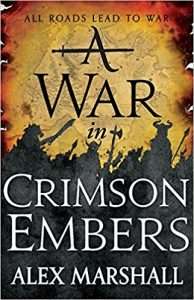 The opening third to A War in Crimson Embers presents you with POVs from a broad spectrum of your favourite Marshall characters–the Black Pope, Zoisa, Colonel Hjortt, Ji-hyeong Bong, Sullen, Purna, Best, Indsorith, and of course our favourite Captain Screw-Up, Maroto. It’s a great deal to take in up front if you’re not into books with a large cast as these characters are spread across the Star (world), but by this point in the trilogy you should be pretty chill with Marshall’s style and story structures, and I can assure you that you won’t be waiting three-quarters of a book for our characters to start teaming up and creating mayhem.

The build up to the final confrontation with Jex Toth and its Vex Assembly is fraught with danger and betrayal, journeys into the magnificently depicted First Dark, insurmountable odds, and all but immortal enemies. However, what you are going to love is Marshall’s ability to give engaging and at times mind-blowing answers to questions you’ve been asking for about 700 to 800 pages across A Crown for Cold Silver and A Blade of Black Steel–what makes Choplicker a special little devil? Just what kind of monster is Hoartrap and what hasn’t he told us? Can Maroto possibly level-up in his screw-up ability? Just how buggered is the Star now that the Sunken Kingdom isn’t so sunken anymore? I could list them all here, but you’d be hanging around this review like a bad smell all day trying to read them all. And Marshall does that while bringing a range of storylines and POVs together in true page-turning fashion.

One of the things that really stuck out to me in the depiction of the fabled Jex Toth and its beastly inhabitants (these guys are essentially the larger story arc’s end game, for those just tuning in) was the author’s ability to mix grimdark fantasy and what I’d take for weird horror. Some of the descriptions had me jumping and trying to clear imaginary cockroaches off my neck. That kind of fiction isn’t usually my personal jam, but I reckon he’s worked it in really well throughout. Further, those of us who have been biting our fingernails for the first two books waiting for the realisation of Jex Toth and its inhabitants, Marshall does not disappoint. As the big bad, they are given drive and direction, and we’re given an enjoyable insight into the Vex Assembly (the rulers of Jex Toth) through a couple of our favourite characters–something I know you’ll enjoy.

Marshall unleashed his story like an already gathered storm increasing in ferocity and then dropped an ending on me that I deadset did not see coming. It was odd, and different, and it brought a wry grin to my face because when I sat back and thought of the way he’s twisted the expected around into the unexpected at pretty much every turn throughout this series, I should have known he’d take what I was hoping for and give it a big dose of bug dust before pointing me in a seemingly random direction before bringing the trilogy to a grab-me-a-beer-I’m-happy close. Very, very satisfying.