REVIEW: Against All Odds by Jeffrey Haskell 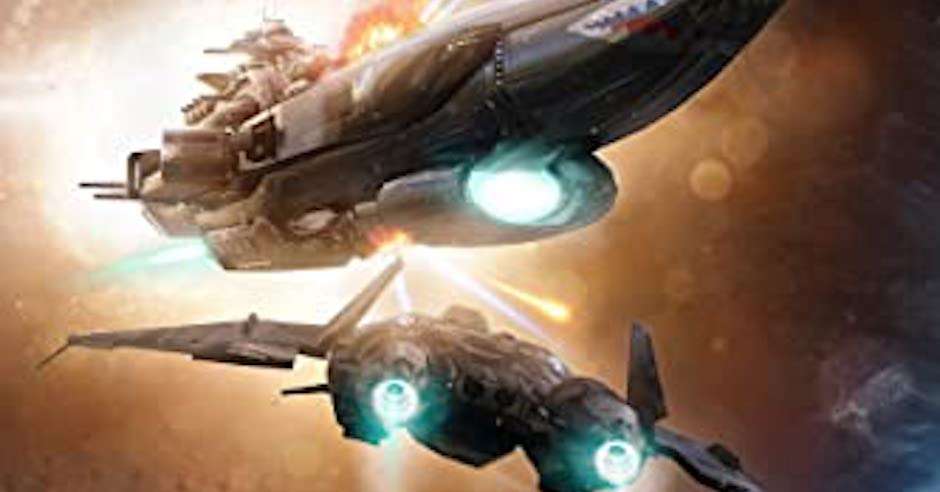 Against All Odds by Jeffrey Haskell is a military science fiction novel that starts with a bang: a sneak attack by enemy forces results in a young officer using some daring tactics that proceeds to annihilate the attackers. Jacob Grimm, the officer, thinks he’s a hero but soon finds events turning into a nightmare as it is revealed the attackers included a cargo of young children. That’s the kind of opening that gets my attention when reading. 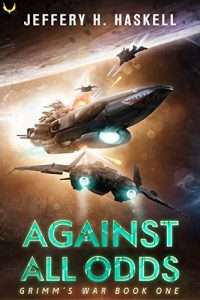 The world created in Against All Odds is an excellent one with Jacob Grimm serving as an officer in union that has just gotten out of a disastrous war. Much effort was expended in the conflict and heavy casualties have caused a backlash against military spending. Unbeknownst to our hero, he becomes the perfect man to assign to a region ready to boil over in hopes that he will trigger some sort of diplomatic incident that justifies rearming. What the Navy fails to anticipate is Jacob doing a fantastic job.

Jeffrey Haskell has created an excellent but uncomplicated science fiction setting around multiple feuding powers in a particular star cluster. This is a humans-only science fiction setting, at least as far as the book indicates, but humanity has not stopped fighting despite its ascent into the stars. It’s a bit Call of Duty with the enemies being the Iron Empire (Russian coded), the Caliphate (fundamentalist Muslims), and hordes of disposable criminals but I didn’t mind this.

Despite the War on Terror-influenced premise, I appreciated this book didn’t go full jingoistic. While the Caliphate is pure evil with slavery, misogyny, and cackling villainy–they’re shown to be only one group of Muslim characters in the setting. Virtually everyone is engaged in shady activity of one sort or another and that is probably the most realistic fact about its politics.

Part of what I like about the book is it doesn’t attempt to overcomplicate it’s worldbuilding. Usually, there’s too much or too little world-building in military science fiction. Here, there’s just a good balance of enough to make you aware of a greater setting without getting bogged down in details. The characters are interesting, their actions believable, and the story developments flowing logically one to another.

The book isn’t limited to just Jacob Grimm’s perspective. We get multiple views of the situation in the sector he’s found himself in ranging from the villains to his crew to the local tramp freighter captain. I feel this is very good for a science fiction story like this as it prevents us from getting too comfortable with just one perspective. Against All Odds tells a complete story by itself but also sets up the rest of the trilogy as well.

In conclusion, I strongly recommend this book. It’s lighter than most grimdark fair but still contains several dark subjects such as human trafficking, slavery, religious fanaticism, and copious use of realpolitic. Still, Jacob Grimm is a very likable character and I think that people who pick this volume up, looking for a fun military science fiction drama will enjoy it.

Read Against All Odds by Jeffrey Haskell