REVIEW: Age of the Undead by C.L. Werner 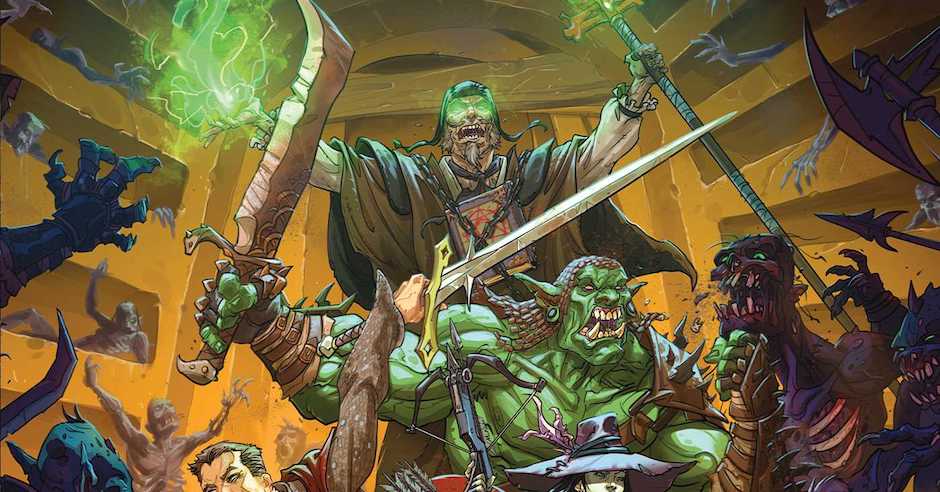 The zombie genre has become a lot like its subject matter – often shambling, lifeless and stale. Age of the Undead, by C.L. Werner, successfully navigates the familiar waters of a zombie apocalypse by mashing up undead infection with a classic sword and sorcery fantasy tale. Based on the Zombicide series of board games, specifically the Black Plague setting, Age of the Undead is an enjoyable and fast paced journey through a world that feels familiar but not overly cliched. 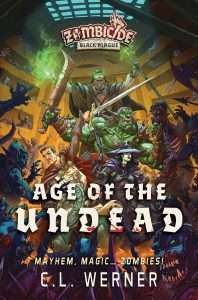 Age of the Undead hits the ground running in the prologue. Werner could have taken us step by step through the plague’s beginnings, but instead walked us through that build up in a single chapter. While the former would have been a grand epic, Werner instead chose to keep things tight, which works perfectly with the pacing of the rest of the book. The prologue also sets an appropriately grim tone as it takes us through the malign necromantic ritual that unleashes the plague and the lightning spread leading to the collapse of the kingdom.

Age of the Undead is constructed from tropes built upon tropes but rather than feeling lifeless and derivative Age of the Undead makes that work in its favor. Age of the Undead draws inspiration from Lovecraftian horror and D’n’D-esque high fantasy along with zombie apocalypse faire such as Dawn of the Dead and the more recent Army of the Dead. There were a few moments that even reminded me of DC Comics’ DCeased series. The plot holds few surprises, but Age of the Undead is about the journey, not the destination. The characters, while archetypal, are likeable and have personality. There’s nothing new about a knight seeking to avenge his family or a kind hearted rogue, nor is there anything new about a ragtag group pulling together and forming unlikely bonds. Nobody is trying to reinvent the wheel here but that doesn’t take anything away from Age of the Undead’s entertainment factor or the quality of C.L. Werner’s writing.

That said though, what makes Age of the Undead interesting is the strength of the fantasy/zombie mashup along with the new ideas it does bring to the table. Some of those ideas actually come from the Zombicide board game series, while some are the author’s own. Despite wearing its influences on its sleeve, the book still managed to pull off a few “oh shit!” moments that I didn’t see coming. Happily, the last few chapters also took an unexpected “oh shit” detour, concluding Age of the Undead with a tone as grim as how it began.

Read Age of the Undead by C.L. Werner