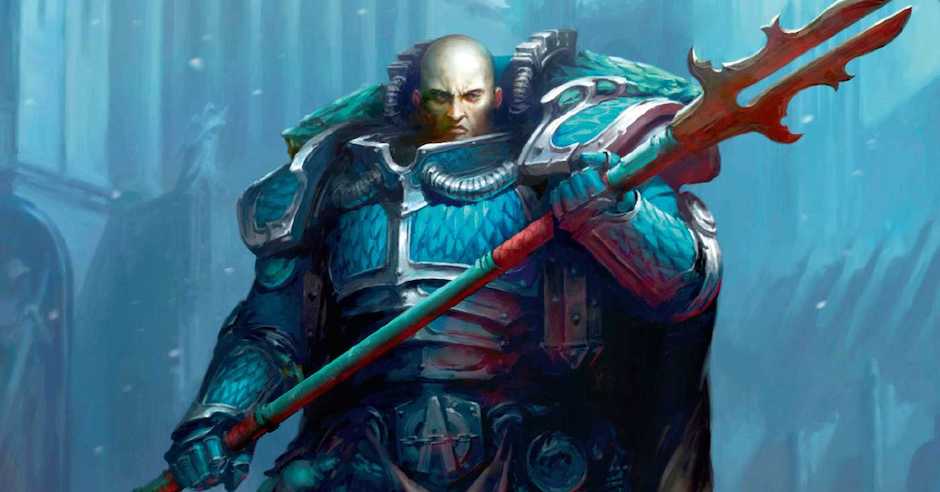 The Alpha Legion are probably the most mysterious faction in the Warhammer 40,000 universe. Seeing the world through the eyes of their primarch Alpharius in Mike Brooks’ Alpharius: Head of the Hydra is a fun and insightful ride, with some of the secrets and myths of the universe laid just a little more bare … if you can believe a word the narrator says. 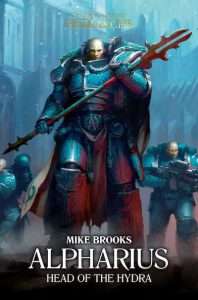 For the uninitiated, Alpharius is one of twenty demi-god like post-humans gene wrought by the Emperor of Mankind to re-take the stars about 28,000 years from now. While his nineteen brothers specialise in one form or another of brute force warfare, Alpharius and his Alpha Legion use the shadows to sow dissent and destabilise entire planets before the other primarchs and their legions arrive to bring the light (or death) of the Emperor to the lost arms of humanity.

Depending on what books and fluff you’ve read, you’re either firmly in the “Alpha Legion are traitors” or the “Alpha Legion are the most brutally loyal of all the legions” camp, or like me, you just love skipping between the two depending on what you add to your body of knowledge about them. You’re never really sure, and this story doesn’t do a tremendous amount to solidify your opinion one way or another, but it does give you the story of how Alpharius was found and what his purpose was.

Brooks writes a pretty decent primarch—something I see as incredibly difficult to do as they are as a level of intellect above the post-human astartes as the astartes are to us mere humans. Their imagination, innovation, motivators, and such are somewhat removed from our own, but at a base level driven by the same foundational emotional stalwarts: loyalty, friendship, exclusion, jealousy, betrayal. In many of the primarchs, these things are thrown at you with the force of a thunder hammer, but with Alpharius’ blunt, pragmatic, and duplicitous point of view, you can never be sure, and I liked that.

With Alpharius: Head of the Hydra Brooks got most of the key things you want in a 40k novel right. Technology, action, the universe (with some lesser known factions popping up which is cool AF), but what didn’t land were the astartes that made up the Alpha legion. While in this book the legion is far more pragmatic than most, either by design or by accident, there is little bond between the astartes underneath Alpharius. There was little punch when they died in combat—they felt two dimensional and hard to invest in.

Alpharius: Head of the Hydra by Mike Brooks is an enjoyable and quick read, and breathes new life into an oft maligned and ignored character who I feel could be quite central and important to the continuation of the 40k universe now that the primarchs are returning as characters.

Read Alpharius: Head of the Hydra