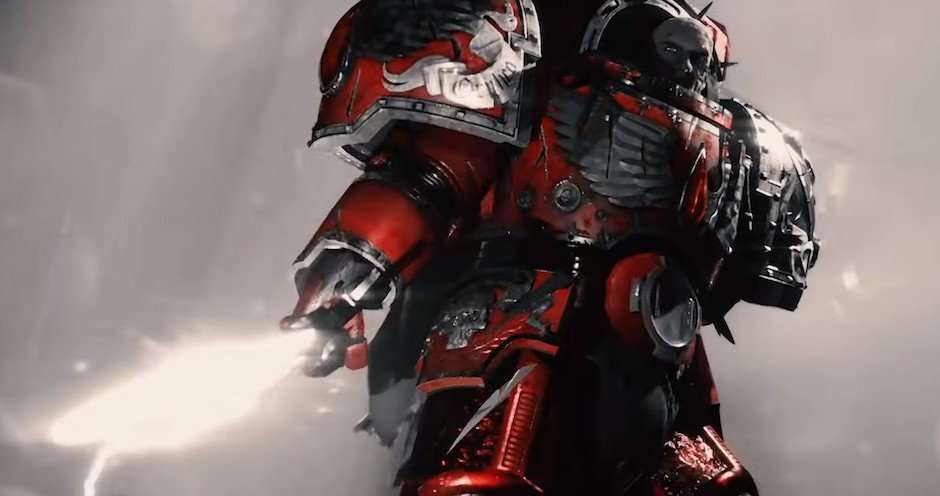 We continue our episode-by-episode coverage of Warhammer TV’s Angels of Death with episode 4, Awakenings. And from the outset, during a flashback, where Kazarion speaks of the Black Rage with the mighty Lord Mephiston (the only Blood Angel to conquer the black rage in over 10,000 years, if memory serves), we pretty much know what’s coming. And Blood Angels fans will be absolutely frothing for it!

In the hive city the Blood Angels continue to push deeper into the infrastructure to find captain Orpheo. They discover further signs of him and forge on, but the big cracks in their brotherhood really start to show here—and we really get into the character driven part of the story, which I’m starting to really warm up to.

Interestingly, Awakenings puts us in with the Tyranid horde’s leader, who beseeches the Many-Armed God (AKA, the colossal hive mind in control of the horde not just on this planet, but in entire sections of the galaxy) to help his horde destroy the Blood Angels. We get a glimpse of their grand plan and an insight into what the big bad are trying to achieve—something which in true brilliant 40k fashion is so, so much larger than just the taking of one Captain Orpheo.

And just like that, the Blood Angels are surrounded, and a desperate battle commences. The movement and action is pretty solid once more. But honestly, the guns and grenades just seem to get forgotten really quickly—perhaps it’s just too hard to animate enough of a horde flowing to offset the damage bolt rounds on full auto are supposed to do. Overall, the battle is great fun to watch, though.

Here we are also introduced to a new aspect of impending danger, the Black Rage. For fans new to 40k or the Blood Angels, the Black Rage is, in short, a sliver of berserk manic darkness every Blood Angel carries inside that turns them into berserk murderers. It grows and grows, until, at some point, it takes over and the man is lost to the blood thirst. When this happens, the Chapter will paint their armour black, point them in the direction of an unassailable adversary, and let them go out in a blaze of glory. Every Blood Angel must control it for as long as possible, and our protagonist, Kazarion, has to deal with it alone, away from his brothers, and we see big shades of his struggle with it in this fight. Is he about to lose control?

The end of Awakenings is a deadset cliffhanger and I am so keen for next Wednesday to roll around!