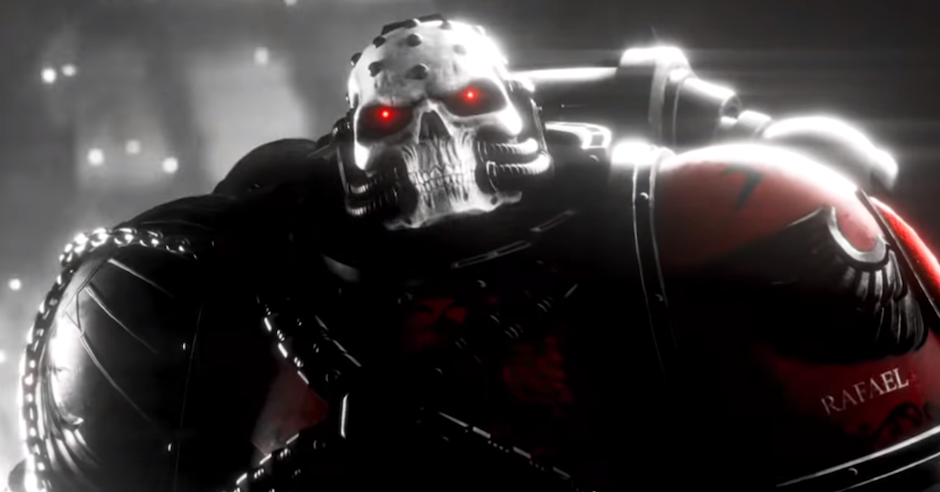 The Warhammer+ Angels of Death series danger and action ramps up quickly in episode two, Silent City. The Blood Angels drop through blanketing storms into a hive city they cannot see to save their captain.

As the Blood Angels enter the seemingly empty city and start searching for their captain, we get our first look at the hive city, and it is stunningly detailed in grim greyscale. The gothic feel of the hive city is perfect for the world of Warhammer 40,000 that I grew up playing, painting, and reading about. Again, as I said in my review of E1 Blood and Duty, the art and the colour palette of blood red against greyscale is utterly gorgeous.

In space, the Blood Angels flotilla is infiltrated. Void shops are being taken over and turned against the flagship—where all the geneseed of the company is held and protected by a lone techmarine.

While we as viewers know it’s the Great Devourer as a foe, this is when the Blood Angels first understand the scale of their opponent. The Tyranid horde have invaded this city, turned the people against the Imperium of Mankind, and now potentially billions of foes await, standing between them and their captain.

Overall, Silent City is an excellent set up for a pitched city battle. While some of the fight action seemed a bit stilted in movement, overall the visually stunning animation retained its grit and ability to visually carry the story. The sense of trepidation and growing pressure was done really well, and I finished Silent City really looking forward to more Angels of Death. I can’t wait to see what happens next.