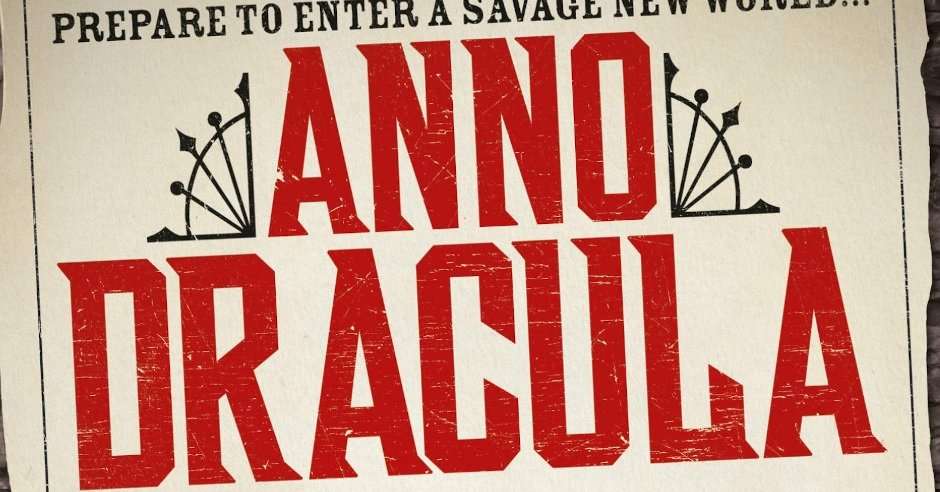 Anno Dracula is the modern vampire classic by Kim Newman (The Vampire Genevieve). Set in the Victorian Era, it goes completely off the rails from the beginning as it has Dracula taking over the British Empire after slaying Abraham Van Helsing. He’s made Queen Victoria into his vampire bride and turned a substantial chunk of the upper classes with a decent chunk of the lower classes being transformed as well. However, as the Empire descends into both fascism and tyranny as well as undead horror, a mysterious serial killer starts slaying vampire prostitutes. This proves the vampires are mortal and sparks the seeds of revolt even as the victims are blameless for Dracula’s depredations. 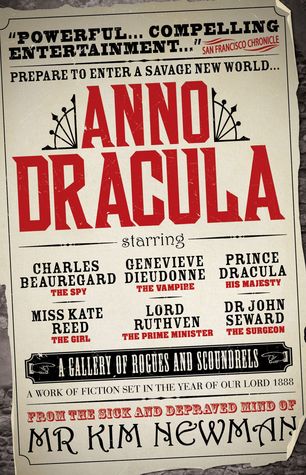 Anno Dracula is a bit more like Alan Moore’s brand of grimdark fiction than Joe Abercrombie’s or George R.R. Martin’s, not the least because it has a lot of similarities to the original League of Extraordinary Gentlemen. The Dracul-Victorian Empire that Kim Newman envision is a place where Sherlock Holmes, Fu Manchu, Lord Ruthven, Doctor Jekyll, Doctor Moreau, and many other individuals exist simultaneously. There’s a ton of references that I mostly caught but can be distracting as the author repeatedly attempts to cram as many of them as possible into the narrative versus focusing on the story.

Indeed, one of the stranger elements of the book is the fact that it’s not a mystery at all. We find out who the “Silver Dagger” and later “Jack the Ripper” is within a single chapter. It’s made abundantly clear from the very beginning that it is Doctor Seward from Dracula, driven mad from the events of the novel and his failure to avenge Lucy. The book is more a character analysis of both the surviving members of the original vampire hunting party (Arthur Holmwood having become a vampire) and a few other notable characters.

My favorite character in the book is Genevieve Dieudonné and she’s an adaptation of the character from Newman’s Warhammer novels with the serial numbers not even filed off so much as lightly chipped. A nice vampire who believes the undead are not supernatural, her primary objection to the necrocracy is the fact that Dracula is a complete scumbag. She runs a hospital for poor newly turned undead.

Contrasting her is Charles Beauregard, an agent of the Diogenes Club (that is apparently more like a Victorian MI-6 meets the Illuminati than a club with no talking), that has been hired to solve the Silver Knife/Ripper murders. I liked him because the vampirism element of the story is less important to him than doing his job, fangs or not.

Much of the book’s appeal lies in its atmosphere. The populace has adapted well to becoming undead but the price has been a complete loss of liberty. Dracula is a Medieval tyrant but imposing his cruelty and horror on the pseudo-Modern world has just made it closer to fascism, which may be a deliberate point by Newman. There’s a ghastly scene where a brothel catering to homosexual men has all of its workers gathered up then impaled. People worry about whether or not their careers will be threatened if they don’t become vampires more than if they are going to lose their souls.

In conclusion, Anno Dracula is a fangtastic book (sorry, couldn’t resist) and everyone should check it out. I’m not so sold on the sequels that ditch the Victorian Era and think this works best as a standalone. Still, I had a lot of fun and believe that fans of vampiredom and Victorian Gothic Horror will enjoy this work tremendously.