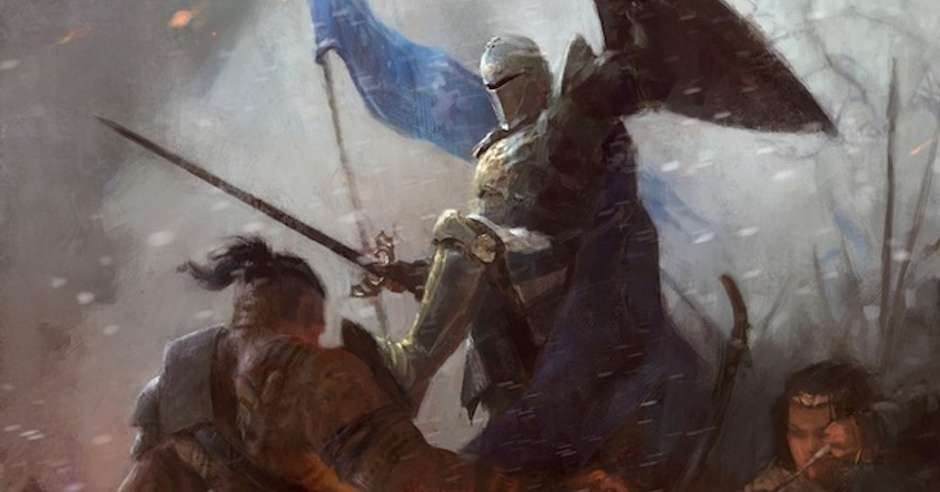 In February 2018, Petros Triantafyllou of Booknest.eu is going to drop one of the coolest anthologies of the year, Art of War–and its message and content is going to blow your socks off. 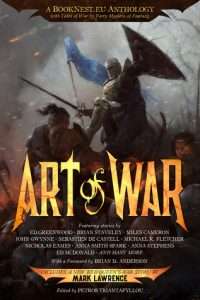 Art of War features 40 authors, two artists, a designer, and an editor, all who donated their time and expertise to make this book happen–all so Petros could take the proceeds and donate them all to Doctors Without Borders. Not the worst reason you’ve ever had to put down a few bob and read some short stories, right?

In this review, I’ve broken it down into something short for those of you after a quick drop in to GdM only, and a longer version for those wanting to pull up a chair with a pint and get to know more about each story.

Either way, I assure you this anthology is going to be one for your bookshelf, with gorgeous artwork and design by John Anthony Di Giovanni (cover art), Jason Deem (interior art), and Shawn King (design).

The short of it

Art of War is a fun anthology to read–you’re not going to be disappointed. There are 40 short stories to rip in to, all written to the theme of war being some form of art or another. There are plenty of messages for you to dig your teeth into from plenty of perspectives.

One of the key things I like to remember when reviewing an anthology is that I’m not going to connect with every author.  It’s like meeting up with 40 randoms at a pub–there are going to be some you love, and some you just wish would leave as soon as humanly possible. Art of War is no different.

Petros has done a magnificent job of putting together 40 amazing voices in this anthology, and for me, the greater majority of them hit the theme and hit the mark for me. Some of the highlights include stories by Timandra Whitecastle, Rob J. Hayes, Thomas R. Gaskin, Brian Staveley, Nicholas Eames, Anne Nichols, Michael R. Fletcher, Dyrk Ashton, Miles Cameron, Anna Stephens, and Mark Lawrence.

There are some stories I just did not connect with. Maybe they needed to be culled, or maybe it’s just me, who am I to say. However, when I look at this as an overall project, Petros has put together an excellent product with plenty to love for most readers.

I’m giving this anthology a 4/5: for it’s average story score across 40 pieces of short fiction, for the reason for its existence, and for the value Petros created through his vision for this product.

The long of it

I’ve put together a few lines on each and every story–a quick pitch on each story and then a quick assessment followed by a score. There are some stories that blew my socks off, and some that just weren’t for me. The average score for the stories was 3.36/5, but the theme and the reason for the anthology make it easy to bump it up to a 4/5.

The scores were a spur of the moment feel for each story upon completion–there isn’t a system behind it. Before we delve deeper, I’d like to take this opportunity to take my hat off to the authors who put their stories in, one and all. If you only achieve one good thing in 2018, I’m glad this was it. Your blood’s worth bottling, guys.

Foreword by Brian D. Anderson: interesting discussions on war and veterans. but talks mostly of vets and battle, and little of the aftermath of war. Would have been good to see mentions of the Middle East, Balkans, even post-WWI/II Europe, etc. Not a bad scene-setter for this anthology.

The Last Arrow by Mitchell Hogan: in a last stand against an invading horde our protagonist is part of a starving army on its last breath full of dying soldiers and strangely well-fed mages and nobles. A nice focus on hopelessness and exhaustion, with some enjoyable little hints of horror. Had to read the end a couple of times to get it. 2.5/5

Dear Menelaus by Laura M. Hughes: Helen of Troy / Sparta writes to Menelaus regarding his decision to sign on with Agamemnon and invade Troy for “the face that launched a thousand ships.” A fun short correspondence with an enjoyable message. 3.5/5

Warborn by C.T. Phipps: a demon is summoned from the Hell of War by Laura, a young woman looking to kill her parents, who are Warborn (crazy demons with insatiable appetites for destruction). A pretty good story that didn’t have as much of a punchy ending as I’d like. 2.5/5

The Greatest Battle by John Gwynne: Corban leads the