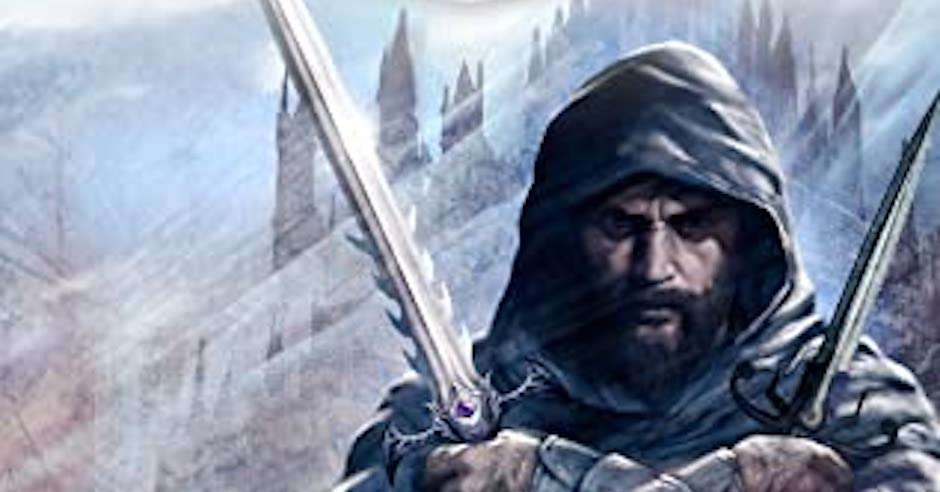 Assassin by Andy Peloquin is the revised version of Darkblade Assassin, which was a indie dark fantasy novel released in 2018. This new version of the book is half-again in size of the original book and greatly expands the original story to include more plots, deeper characterization, and a greater use of the setting’s mythology. It’s still available on Kindle Unlimited and is 757 pages, which I view as two decent sized fantasy novels available for close to nothing. But is it any good? Read on and find out. 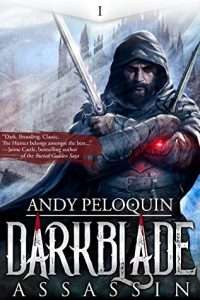 The premise is that there exists a port city, Voramis, that is utterly under the control of a ruthless gang called the Bloody Hand. The only person not under their control is the mysterious Hunter. The Hunter exterminates the rich, powerful, and corrupt of the city with equal fury. He has few contracts that require him to kill the innocent because there are so few of them in the city that he assumes everyone is hiding some sort of horrific secret.

The Hunter is almost unstoppable when he he is unleashed due to possessing a magical dagger named Soulhunger. It provides him power and healing in exchange for souls. However, the Hunter is seemingly in denial that this is anything stranger as he considers the ideas of gods or demons to be hogwash. Indeed, he doesn’t seem to make any sort of connection to them being real or any magical phenomenon despite his dagger being a large evidence of this being the case. After all, souls are something commonly associated with all three.

Either way, the Hunter soon finds himself locking horns with the Bloody Hand and it is a conflict that brings him into contact with the Beggar Priests. The Hunter has nothing but disdain for religion, especially when he is asked to hunt down and eliminate demons. Unfortunately, this is not something he can ignore as demons are very real in Voramis and intimately tied to his background. Saying more would be spoilers but it is a solid dark fantasy story with lots and twists and turns before its conclusion.

Andy Peloquin is one of my favorite indie writers in that he manages to tell stories of epic adventure and bloody revenge across multiple settings. I loved his Cerberus and Queen of the Night Guild books, so I very much enjoyed this. I will say that it is my least favorite of the three but that’s merely because I enjoyed their protagonists more. The Hunter’s disdain for religion and skepticism becomes annoying after awhile, especially when he’s repeatedly confronted with the reality of the supernatural. He’s also somewhat needlessly hostile to everyone he meets, though I suppose that’s to be expected of a man with a bodycount in four figures.

Still, this book is full of action and enjoyable scenes that made it a lengthy but fun read. It reminded me of some of my favorite low fantasy series with the majority of focus on what a cess pit Voramis is. It’s one of those delightful wretched hives like Dragon Age’s Kirkwall or Mos Eisley. Indeed, it comes as a genuine surprise when the Hunter meets people who aren’t complete scumbags. The climax is a little too drawn out but the villains are so hateable that I relished when we finally started knocking them off. Either way, I feel like this is a book worth checking out.