REVIEW: August Kitko and the Mechas from Space by Alex White 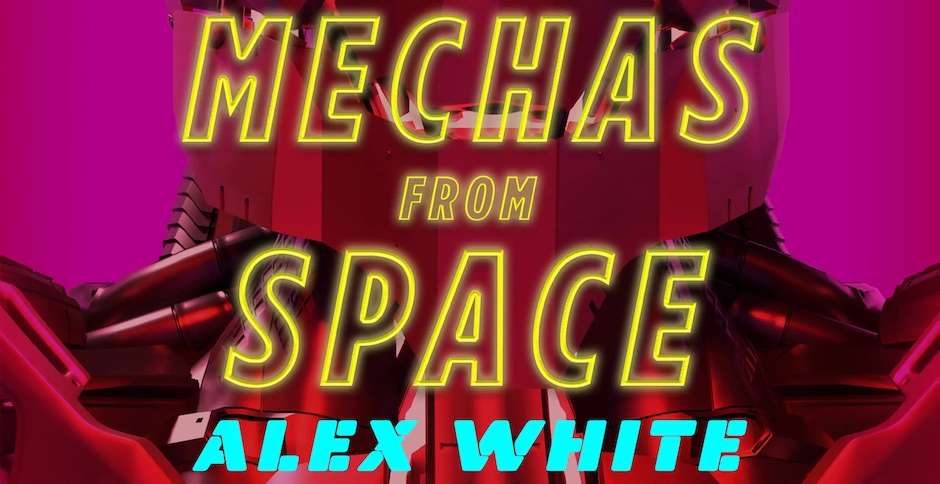 August Kitko and the Mechas from Space by Alex White is a kaleidoscope of a space opera story mixed with music notes and cinematic worldbuilding that takes the reader on a wild robot-fueled ride. If I had a visual comparison, think Speed Racer by the Wachowski sisters, mixed with Pacific Rim by Guillermo Del Toro. It is a whole vibe and one in which Alex White revels. You know they had to be cheering on the characters as they were writing this. 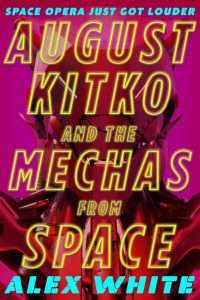 The plot starts with August Kitko staring at his demise on the cliff’s edge. August, Gus for short, is one of our protagonists, and he is a lover and player of jazz who truly feels music in his soul. But like his fellow humans, Gus has resigned himself to the fate of imminent death. He is at a party at the estate of Lord Elisa Yamazaki. The last party of humanity is a literal “eat, drink, and be merry for tomorrow we die” affair.

“These are Gods, and they speak with infinite choris.”

Humans are dying, not with a bang but with a single discordant note. An army of AI sentient Mechas from space are slowly destroying humanity by downloading each person’s consciousness and killing their bodies. Some of these killer robots break off, join the humans, and fight for humanity. The only caveat is that these robots need humans to pilot them, a prospect that would fundamentally change the human pilot forever.

Alongside Gus, we have our other protagonist Ardent Violet, a mega-pop star who shines with an inner light all their own. Again, in the same way music sings for Gus on his piano, music sings for Ardent on their guitar. Unlike Gus, Ardent is super famous. Both Gus and Ardent’s lives become intertwined. They have undeniable chemistry with one each other.

The Vanguard arrives on Earth in the form of a mecha named Juliette. A giant sleek purple robot set to start the maiming and destroying of bodies and reaping of consciousnesses. Then with an explosion of a “colorful Borealis of solar particles rippling across Earth’s atmosphere,” a sleek black Vanguard streaks across the sky. It is Greymalkin, the destroyer of seventeen worlds. The humans stare in stunned silence at the display of power, much like ants would stare in horror at an oncoming boot. The titans crash into each other in a thunderous cacophony. The Vanguards speak to each other in musical ululations, and above it all, Gus picks out F Dorian the favorite of jazz musicians everywhere.

Instead of gawking with the multitude of slack-jawed humans, Gus wants his true solace at the piano. “He taps the F-zero key, and it’s like heaven under his fingertips.” Gus lays in an effortless sound that “shifts modes to keep in sync with his new playmates,” the Vanguards crashing into each other outside. Gus dances over the sound of the robots outside as if they are playing for him. “If they want to end the world, fuck them. At least he can make it catchy.” Gus plays for the lost dead, his friends, his family, and the last vestiges of humanity.

Then ardent, whom he connected with earlier, comes in like a ray of sunshine; they brandish a red metal flake strat. And they prepare to play to the end of humanity until a black metal fist punches the wall in and grabs Gus.

One of the particular thrills of August Kitko and the Mechas from Space is the love of music and art. The story itself ebbs and flows like a