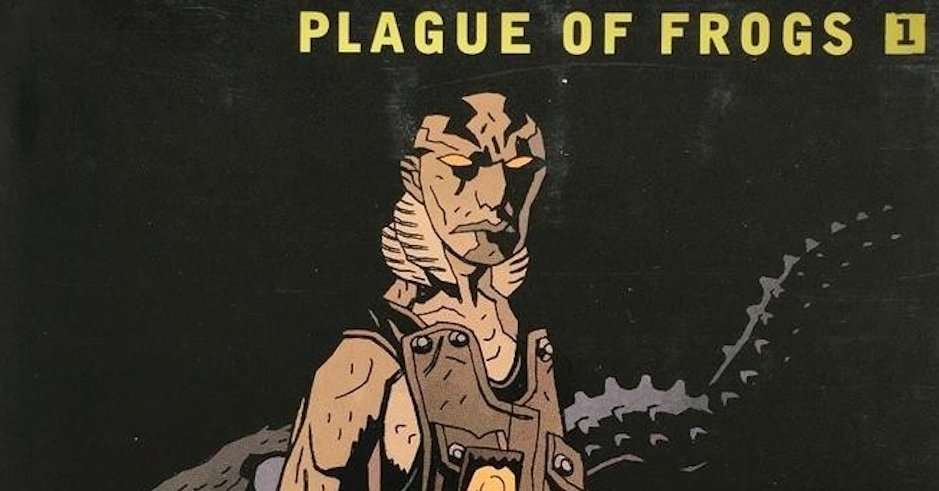 In the beginning (IE, 1994), there was Hellboy. And even before publication, some of the first sketches by his creator Mike Mignola had him as part of a team. Then, the first storyline – Seed of Destruction came, and we saw something of his mentor, something of his colleagues and something of the organisation that directed him: the Bureau for Paranormal Research and Defence. But successive stories made it clear that Hellboy could work alone as a character, and the nature of his relationship with the BPRD changed over time, as his destiny was uncovered (Hellboy: Wake the Devil is a suitable example of this, but that doesn’t make it a bad story!). By the end of Conquerer Worm, Hellboy had left the Bureau. 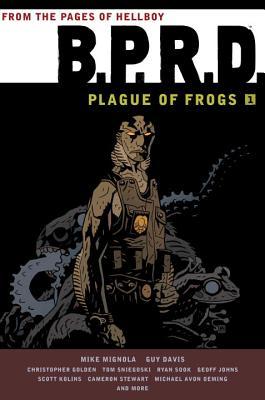 The nature of Hellboy’s story had changed, turning towards the more fantastical: a wanderer between magical realms. The comparatively grounded, sensical Bureau was out. However, his old teammates – the pyrokinetic Elizabeth Sherman, the fishman Abraham Sapien, the bulky homunculus Roger, scholar Kate Corrigen – did not deserve to be discarded.

Hence, BPRD: Hollow Earth – this would introduce the disembodied medium Johann Krauss as a newcomer to whom things could be explained, and spin an atmospheric story involving a slow descent into the caverns of a sunken civilisation. Further stories would follow, producing two collections of shorter material – Hollow Earth and Other Stories, The Soul of Venice and Other Stories – and the longer piece, Plague of Frogs. Mike Mignola – by now, among other things, attached to the 2004 Hellboy movie – would no longer write or draw the many of these. The material in The Soul of Venice is by a variety of authors and artists. This shows as a mass of different styles and plots, with BPRD agents who would never appear again (most notably the former seminary student who apparently returned from Heaven!)

However, among these, Guy Davis would emerge. His distinctive style was more detailed than Mignola’s: taking up detailed, crowded backgrounds and lined features in place of atmospheric single-colour backgrounds and blocky, shadowed faces. The reader almost feels the pen scratches in some panels. His take on the material, first seen in Dark Waters, was used going forward and made a good match for the mundane settings and human scale that BPRD: Plague of Frogs would exist in.

In fact I’d like to note now just how fittingly plain the BPRD looks. Their headquarters are in the small city of Fairfield, Connecticut rather than New York or Washington DC – or, indeed, Langley. That headquarters is a set of imposing blocks, straight out of the ‘concrete box’ school of government architecture. Think Three Days of the Condor rather than Skyfall. Their uniformed personnel wear a less-than-flattering mix of yellow-ish ochre and brown. Even their initials are fairly drab, another tongue-wrenching government agency rather than something pat like U.N.C.L.E or SHIELD.

Hollow Earth made for a good character piece, reviewing those characters Hellboy had left and dealing with a mix of esoteric legend and pseudoscience, starting at the monastery of Agartha. The Soul of Venice provided variety. But Plague of Frogs would set the tone for the series to come. The plot draws on apocalyptic elements more from Lovecraft than Milton to set up a remote town and a sinister cult, drawn to break into a BPRD laboratory and set lose, well, a Plague of Frog monsters. The forerunners of these had caused Hellboy trouble in Seed of Destruction: a mass of them in North America would have dire consequences.

The story by Mignola is sold very well by Davis’s art: the frogs themselves are terrifying brutes, the town of Crab Point, Michigan, looks shadowy and decaying and the various scenes of supernatural violence are captivating. Plague of Frogs would provide an ongoing problem for the BPRD to address, as well as providing some hints of Abraham Sapien’s background that would lay fertile ground for later issues. Even in isolation, it holds up very well indeed.