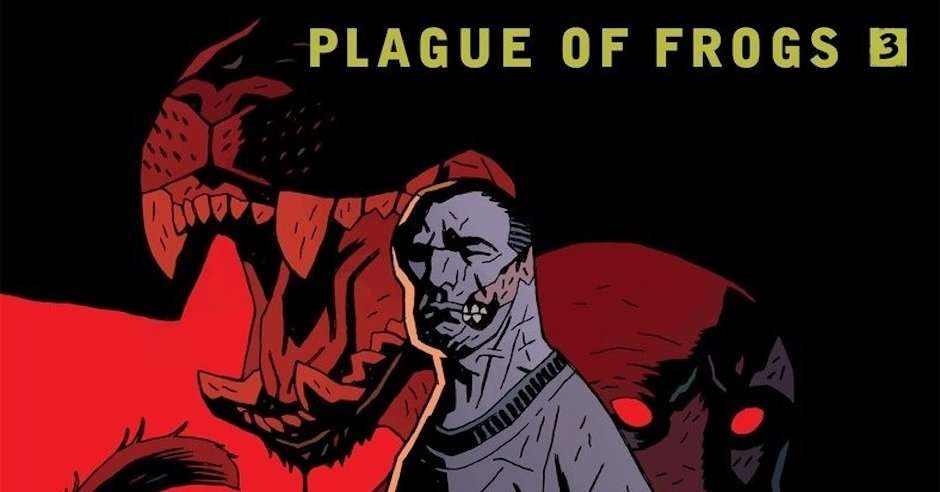 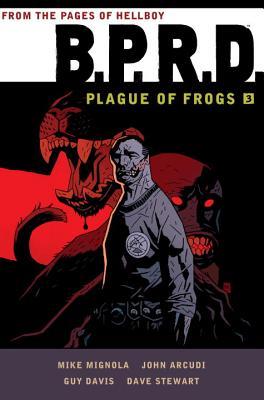 Of course, since the very beginning in Hellboy: Seed of Destruction, there has been an impending apocalypse. So our heroes have that to look forward to. But there are still ways in which there is an increased focus on the potential devastation, or particularly deep wounds to endure. A sense of focus is found in the authors of this Volume: it is all Mike Mignola and John Arcudi. There are no anthology segments, no short stories. Everything is fairly directly linked. It is solely drawn by Guy Davis and coloured by Dave Stewart.

The first part, The Universal Machine is almost a coda to The Black Flame. This is not to imply that it is a shorter work, but it does deal with the consequences of that story. The main strand of the plot involves Kate Corrigen’s visit to a book dealer in rural France; meanwhile her colleagues at the Bureau tell a series of tales about their experiences of death. It’s naturally a less intense or action-heavy story than The Black Flame, but responds neatly to he way the characters have been shaken by the destruction around them – as well as setting up a few plot seeds for later reference. Kate Corrigen gets a chance to show her mettle in an atmosphere of warped scholarship and urbane menace; this is a more individual effort than previous works.

Garden of Souls is a more definite sidestep for Plague of Frogs Vol. 3. The arresting figure of Abraham Sapien (a character of similar vintage to Hellboy) gets to play out the consequences of his slowly delineated past. Him and Benjamin Daimio are drawn into an intrigue in Indonesia involving old acquaintances (of a kind) of Sapien. There’s a globe-trotting element to this story, and the Chimeric creatures that appear give it a Dr Moreau feel. However, the arcane conspiracy at work is sufficiently threatening and sufficiently crazy to offer a sense of weight. Some of the designs involved – Victorian diving suits with fragile forms within – are particularly impressive, going from comic to strange to threatening in impressive succession. The pace of Garden of Souls is perhaps a little too quick, and it could do with a few more pages at the end to give it room to breathe, but it is still enjoyable.

Again we see a contrast. Garden of Souls was lighter, set further afield. Killing Ground is set in and around the new BPRD headquarters in Colorado (far colder than Indonesia!). I’ve praised Guy Davis’s work before, but the change of environment between the two stories is well-executed. A number of underlying plot elements, particularly those involving Daimio are brought to completion here – and while genre aficionados may spot some of the signs quite early on, the execution is still very impressive. More than the blood on display however, this acts as a sort of ‘loss of innocence’ for the Bureau. Now of course, there has been failure and the manifestation of a very clear evil in the form of the titular Plague of Frogs. But Killing Ground has the characters we know not only fail but fail as a consequence of something we might term sin. Corrosive and dangerous secrets we might expect from secret agents, but other parts – self-indulgence, apathy, wrath, flailing attempts at desperate measures – we haven’t quite seen this before. Whatever the damage to the Bureau, the very personal has been struck at. Personal agendas begin to manifest, even as a path ahead is indicated by Liz Sherman’s dreams. Killing Ground comes as a significant low point in Plague of Frogs Vol. 3, and it is a suitably raw and stark read.