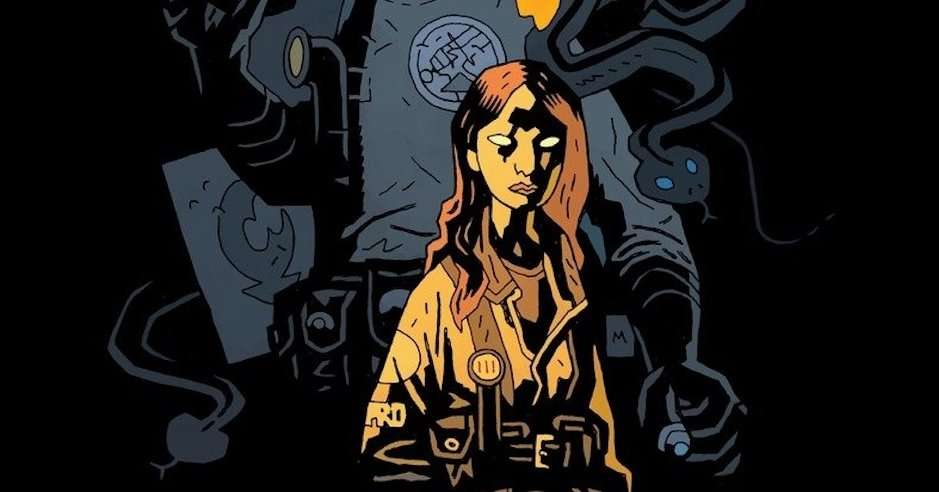 In his introduction to BPRD: Plague of Frogs Vol. 4, editor Scott Allie refers to it as an ‘honest-to-God graphic novel’ rather than another omnibus. This is more-or-less correct: the three component parts fit into one fairly continuous narrative rather than a series of three stories. It also makes clear that by this stage of creation, Mignola, Allie and the team were thinking of these in terms of collected volumes: not just monthly issues or paperbacks. Going forward there would be a willingness to embrace longer storylines over different series. 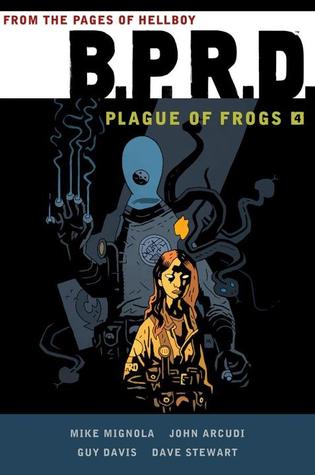 But before we get to that, let us finish BPRD: Plague of Frogs. As with Volume Three, this is all Mike Mignola and John Arcudi writing, all Guy Davis and Dave Stewart illustrating. There are no anthology pieces: The Warning leads into The Black Goddess which leads into King of Fear (this is referred to as the Scorched Earth Trilogy, but it feels odd to refer to series within series within series like that).

That first section, The Warning addresses in part the fallout from Killing Ground – but soon enough other elements draw the attention of the Bureau. An opportunity occurs to track down the source of Liz Sherman’s visions: a ornately robed messianic sorcerer called Memnan Saa. The trail he leads stretches between the South American jungle and Munich – where another threat is set to emerge, reaching back to Hollow Earth. The slow build of the growing protohuman threat is well-executed and the sudden emergence of their war machines and the destruction of Munich is harrowing. However, there’s a few elements that would have been better served by a few more appearances: an extra early scene in Munich, teasing a growing disaster.

The Black Goddess follows directly on from The Warning, with a hunt for the location of Memnan Saa and the captured Sherman. This is quite as destructive as The Warning, if rather more fantastical: if you have ever wanted to witness the bizarre battle between of Lovecraftian monsters and Shangri-La, here it is. Even the presence of the BPRD and a battalion of American troops is insufficient to hold the line, however. Aside from the destruction at the city walls, the main plot goes on within: Memnan Saa finally getting to explain his plans to the Bureau, including the role of Liz Sherman in all this. There’s a few good connections to the wilder mystical elements of Hellboy here and Saa is deliberately a somewhat murky figure – his ornate robes and super-stoic acolytes concealing a hunger and vulnerability perhaps unexpected.

Eventually, of course, there is the recovery of Sherman: King of Fear begins with the Bureau core regathered. The fate of the military contingent sent with the Bureau in The Black Goddess is addressed, with The Pentagon clearly refusing them further assistance. The events of that and The Warning prompt a return to the monastery of Agartha and a return to the caverns of the Hollow Earth. To my mind, the prompt return to the concepts introduced in Hollow Earth may have required a little earlier seeding. If the norm of BPRD: Plague of Frogs was introduced in Plague of Frogs and established in Volume Two, then this has drifted further from that. One anthology-style story would allay my concerns here, but I can simply flip back to Volume One if need be. Story threads from throughout Plague of Frogs come together well here: Abraham Sapien’s true nature is further hinted at and Sherman’s visions even continue. Catastrophes both immediate and promised end Plague of Frogs: the end is still very much nigh, though the BPRD survives to protect and guide humanity through the coming apocalypse.

This is not a neat ending, and I’m not sure Plague of Frogs Vol. 4 is that neat itself, but there is much to appreciate in this final part of BPRD: Plague of Frogs.