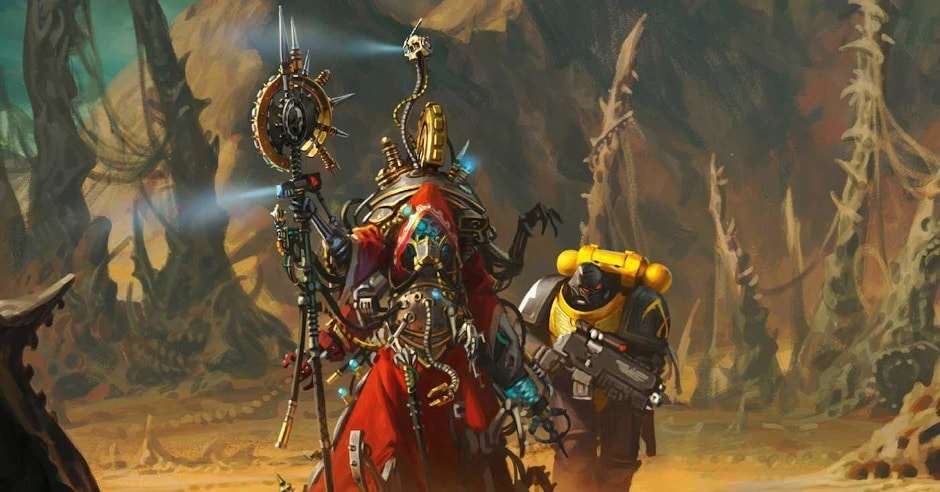 When Games Workshop rebooted the Warhammer 40k setting, introduced a whole new kind of Space Marine and casually advanced the timeframe by a few centuries when it had sat at 999.M41 for the best part of 30 years, a lot of the in-universe credit went to Archmagos Belisarius Cawl. As such, I was very interested to read Belisarius Cawl: The Great Work as it’s nice to get into the head of such an important figure in one of my favourite universes. 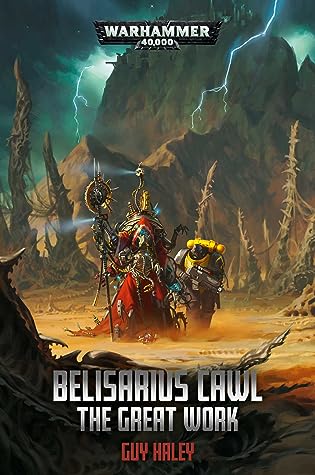 While I originally expected Belisarius Cawl: The Great Work to deal with the creation of the Primaris, this is only touched upon briefly as instead the story concentrates on Cawl’s investigation of the Pharos beacon on the world of Sotha, a world with significant historical importance both in the distant past and more recently.

It soon becomes clear that the Pharos’ abilities are powered by blackstone and it is also causing time slips where Belisarius Cawl and others experience past memories, in between combatting mutual distrust and a variety of alien menaces.

It’s these time slips that unveil the most compelling parts of the lore, as Cawl’s recollections of his own millenia long existence offer some depth and context to this most enigmatic character.

However, the time slips make the narrative a little hard to hold on to and that got a tad wearing as I worked through The Great Work.

Even though there are attempts to make supporting characters like Felix and Thracian more than props, the only character I even remotely cared about was Cawl and even then it was because he was such an egotistical prick. I can imagine him being played with gusto by Russell Crowe, chewing up scenery and being nasty to all the interns.

The final set piece of Belisarius Cawl: The Great Work in naturally inside the Pharos itself – I won’t divulge who it’s with, although 40k lore nerds will likely guess long before the reveal – and it’s very cinematic, but the final gambit where the solution is resolved via Deus Ex Cawl feels a little too cheap and obvious.

All in all, I enjoyed Belisarius Cawl: The Great Work but far more for it’s little teases about the wider Warhammer 40k narrative and a tiny glimpse into Cawl’s backstory than because it’s an especially awesome book in itself.

In many ways, Belisarius Cawl: The Great Work feels less than the sum of its parts. We’ve got Space Marines, multiple alien menaces, revelations from before the dawn of the Imperium, an explanation for why a relatively new key character is so enigmatic and fractured and for some reason, I didn’t care. I know that Guy Haley can write excellent stories in this universe but this felt just a little bit like a Michael Bay movie. It feels like we teetered from cool set piece to set piece with an ultimately unlikeable, if charismatic lead character the only thing holding it together.

Fun, but for 40k completists and lore nerds only.