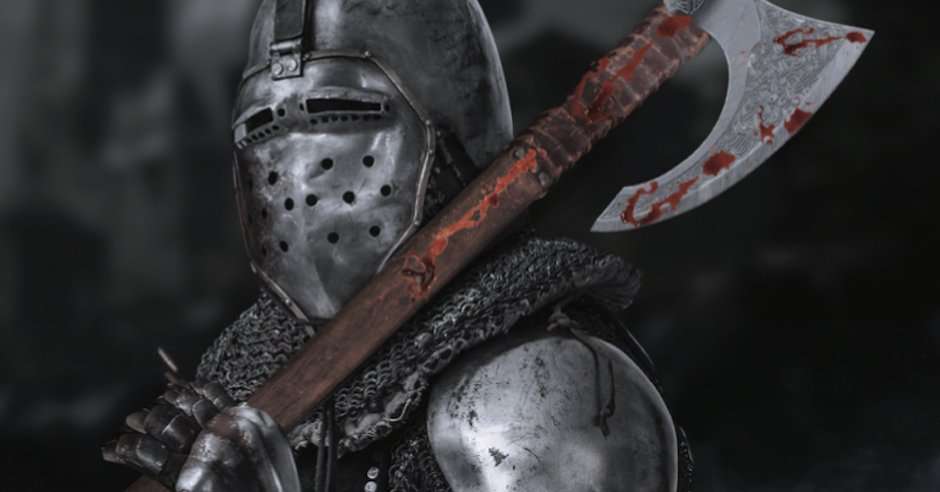 The path to freedom is marked with treachery and death. Frank Thomas’s Berek The Blackguard is an epic fantasy novella that follows one King’s crusade to liberate his kingdom of Alba. 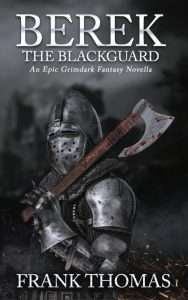 Prior to the events in Berek The Blackguard, the Kryger Emperor had invaded Alba, forcing its then newly appointed King Berek and his tattered army to seek refuge within their own homeland. Their conquerors did not relent and continued to burn and pillage. For seven years, Albans suffered under Kryger’s tyranny.

Berek The Blackguard is brimming with bloodshed. In one last futile attempt to regain control, King Berek must confront the biggest Kryger army to ever set foot on his soil. The Kryger army numbers a hundred thousand strong, well armed and trained. His own troops are a mere fraction of that size, consisting of starved and wounded Alban men and women. Most of them homeless. A good portion of them too young to even fight. They are weary, but determined to die in battle.

In many ways, King Berek is a fantasy version of John Wick. He is intelligent and cunning. He is renowned as one of the greatest warriors in the world. His own crowning as King of Alba came by slaying his only rival. A victory short-lived.

After Berek secured the throne, the Kryger army invaded. King Berek lost everything in his fight with the Kryger Empire. His brothers were murdered and the rest of his family were imprisoned. Berek The Blackguard is his tale of reckoning. Now, he has to battle his own despair so he can lead his troops to a likely slaughter. King Berek’s quest to free Alba forces him to risk everything and become just as ruthless.

For a novella less than one hundred pages, we witness assassinations, duels, and a grand battle finale.

As action-packed as this story is, the worldbuilding was equally immense. While I was impressed with the author’s ability to craft such a rich tale, the story suffered due to the novella format. A story of this magnitude begs for room to breathe, especially regarding Alba’s history and the battle scenes. It needed a more active prose. I found myself reading the novella twice to fully appreciate it. Berek The Blackguard could have easily been a full-fledged novel and better for it.

Frank Thomas held no limits in showing how savage war is. Berek The Blackguard is a gritty and brutal mayhem. It is a violent gathering of the very worst and most courageous of characters.