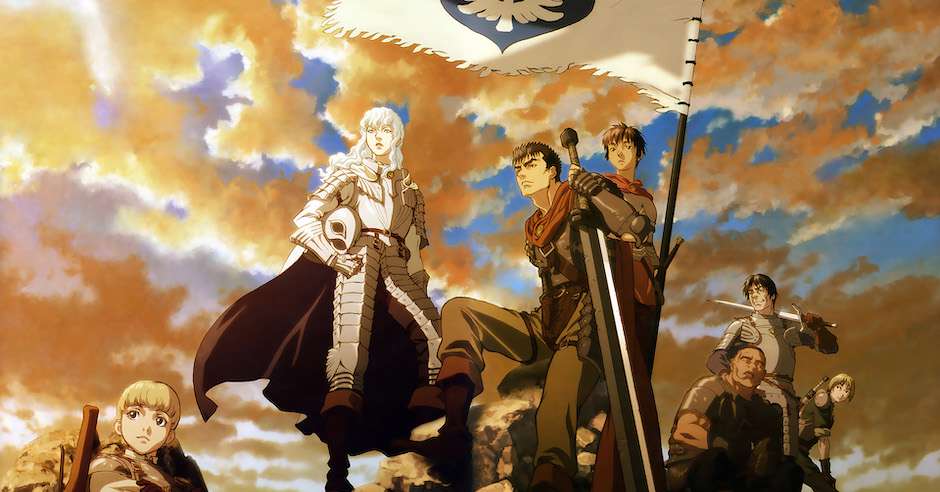 When asked to recommend fantasy texts (especially of the grimdark variety), there is always one franchise that comes to mind, and that is Kentaro Miura’s manga series, Berserk. Set in a medieval-styled fantasy world, the story centres around the protagonist, Guts, a hulking mercenary, and his adversary (once-friend), Griffith, the charismatic leader of the mercenary band, Band of the Hawk. 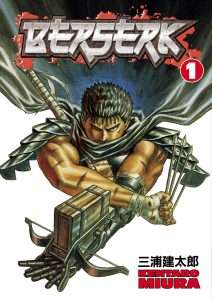 Since its inception in 1988, Berserk has remained as the pinnacle of the ideal grimdark text as it not only illustrates a tale of vengeance and the eternal struggle between man and destiny, but examines themes of friendship, loneliness, good and evil, and the best and worst aspects of human nature. A darkness permeates Miura’s world with a miasmic shroud of a blackened fog and malaise. There is an indecipherable will of alien gods, carnal demons, and the insatiable thirst of power and lust. Pain is etched upon a blank canvas with the scratching of black ink, and the calculating winds of causality and destiny dictate the fate of men and women in a world that has, and always will be, unwelcoming.

Miura advances the story in “arcs”, short serialised fragments that usually span three to five manga volumes. Each arc elegantly weaves this dark tale of Guts upon a blood-soaked tapestry, Miura sending him across the hostile Midland, having Guts battle the inhuman apostles and their cenobite-inspired monarchs, the God Hand. I appreciate this format, especially in manga form, as it allows Miura to explore and examine a diverse assortment of landscapes (dreamscapes as well) and characters, some even impacting Guts long-term. Some arcs are stronger than others (the second, The Golden Age arc is arguably the strongest), but it would be glib to avoid specific storylines. Each arc fleshes out Miura’s world and further fleshes out Guts from a baby born of a hanged woman to the lonesome warrior in search for meaning in a chaotic world. 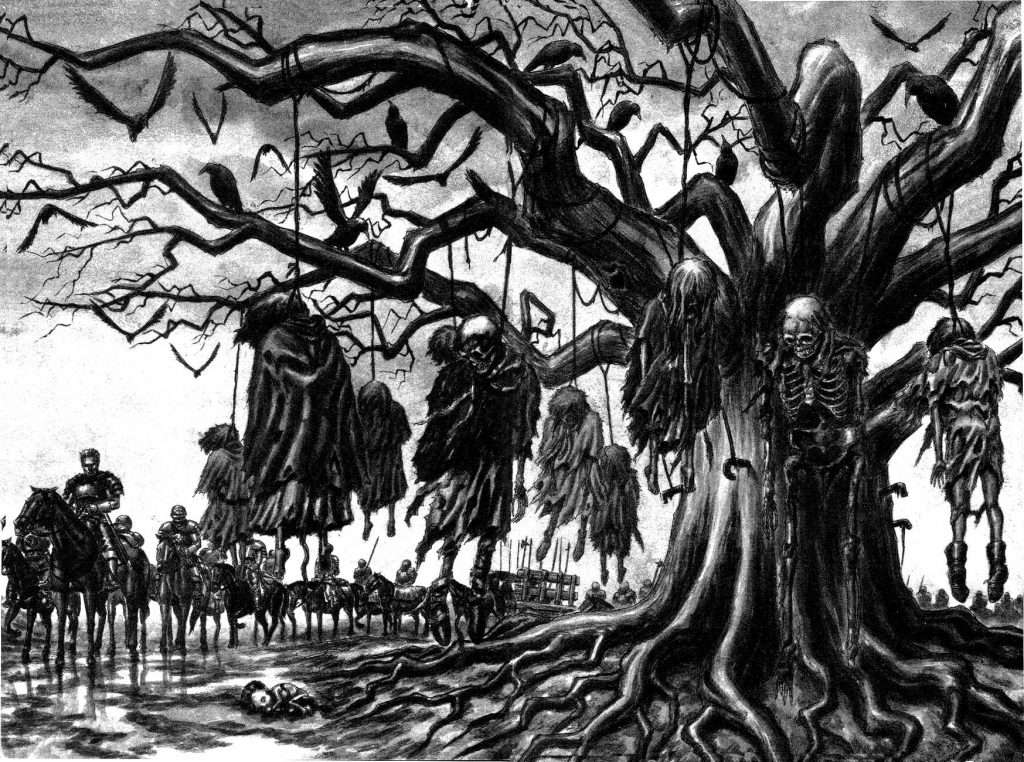 While the story of Berserk is wonderful, it is nothing without Miura’s artistry. Miura combines such elements of Zdzisław Beksiński and M.C. Escher, the pen strokes, effective in depicting the pain of Guts as he wages war on his enemies. There is a raw savagery when Guts swings his absurdly huge sword, Dragon Slayer. Though the later volumes are drawn digitally, Miura never strays far from this savagery that has become so integral to his series, one might even call it, berserk!

There have been several attempts at adapting Berserk into an anime, but they are mostly middling. The earliest adapted in 1997 by OLM, Inc. is perhaps the most respectable to the manga as it retains Miura’s hand drawn panels. In depicting The Golden Age arc, the story itself remains intact and true to the manga, and to see Guts and Griffith’s developing friendship and respect, only for it to be tragically torn away at the end of the series remains effective and brutal. The quality of the animation hasn’t aged well, especially in relation to other anime of the late 90’s, but Miura’s story remains supreme, and that is what is most important after all.

The film series developed by Studio 4°C, Berserk: The Golden Age, like the 1997 series, adapts The Golden Age arc in three films: The Egg of the King, The Battle for Doldrey, and Advent. Again, like the first series, the story remains intact, but the CGI animation quality is mostly subpar. The story does remain king, but when the artistry is so integral to the text itself, the viewer comes away with a lesser experience than that of the manga reader. Advent does make up for this as it depicts the major conflict of the text superbly and shockingly ghastly, which does make up for the failures a little bit.

The 2016 Berserk series developed by GEMBA and Millepensee remains a blot on Miura’s legacy as it not only tangles the lore but decimates the beautiful artistry. It is an ugly adaption, the CGI quality far below anything that I have ever witnessed in my life. The sound effects are off, the voice acting is amiss, and even the choice to start at the Conviction arc is an odd choice. To spend more time on writing about this travesty would be pointless, but there is something hopeful about this series, and that is the music.

The one constant throughout 1997 to 2017 in Berserk is Susumu Hirasawa’s amazing score Not only is his voice wonderful, but the use of antiquated instruments in harmony with some eclectic and dark electronic melodies soothe the soul and lull the audience in some kind of ethereal dreamscape. His work is so influential, even Miura listens to his songs whilst penning his newer chapters, and if that’s not a solid recommendation, then I don’t know what is.

For those wanting to lose themselves into Berserk, I fully recommend reading the manga series first and foremost. Berserk truly shines on the page as Guts, Griffith, the apostles, and other motley assortment of characters truly live and breathe in manga form. It is brutal and at times, rough to read, but for those with darker tastes, there is nothing greater than relishing in Miura’s dark fantasy. With over thirty-nine volumes released, there is much to read! But do so slowly as the release date for chapters remains erratic.

Allow the strand of causality to reel you in and follow Guts on a journey to defy destiny and to remain human in an inhuman world.