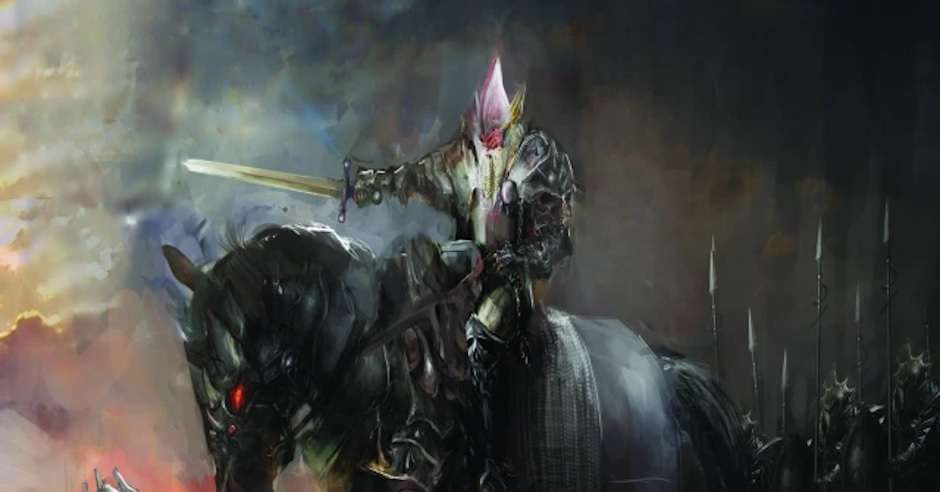 Betrayal’s Shadow drops you straight into the middle of a gritty world, full of intrigue and quite a bit of violence. Mixing high fantasy with elements of horror, this book will stick with you for quite a while. 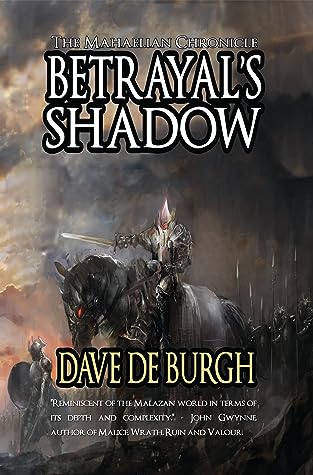 The story is told from several points of view. To begin, we see General Brice Serholm lead the king’s elite soldiers to look into troubling reports of rebellion. Instead of a rebellious population, Brice and his soldiers encounter a mysterious magic, one that none of them has seen before. This sets off a chain of events with consequences that are impossible to predict.

The other points of view include King Jarlath, a dangerous and powerful figure; Alun, a Blade Knight; Seira, a knife-wielding courtesan; Del’Ahrid, the king’s advisor and a snake in the grass; Khyber (who I refuse to say anything about for fear of spoiling anything); and Cobinian, who possessed quite the cunning plan.

There is no learning curve in Betrayal’s Shadow. From page one, there is violence, double-crossing, deception, and political maneuvering. Instead of the dreaded info dump, you are expected to pick things up as the story progresses. It is both refreshing and- at times- confusing.

Don’t expect to see a “good guy”. Instead, each character is painted a different shade of morally gray. If you are looking for a book where you can root for a character to succeed, you’re in the wrong place. Every single person is delightfully flawed, and more than a little messed up. From the King, with his mysterious magical powers, to Cobinian, whose machinations are fascinating and disconcerting, each is an integral part of the plot.

While the fight scenes were amazing, it was the smaller moments–the moments of questioning, lies, and hushed conversations- that kept me enthralled. The author definitely knew how to turn even the simplest sigh into an important gesture. The story ramps up as it goes along, hurtling headlong into a breathtaking conclusion.

There are some editing issues that could use a little bit of attention, but the vast scope of the world, the intricate storyline, and the epic fight scenes more than make up for any errors in text. A harsh but brilliant world peopled with some of the most complicated characters I’ve read in quite a while make this a book to read.