REVIEW: Beyond the Shadows Volume One – A Grimdark Anthology 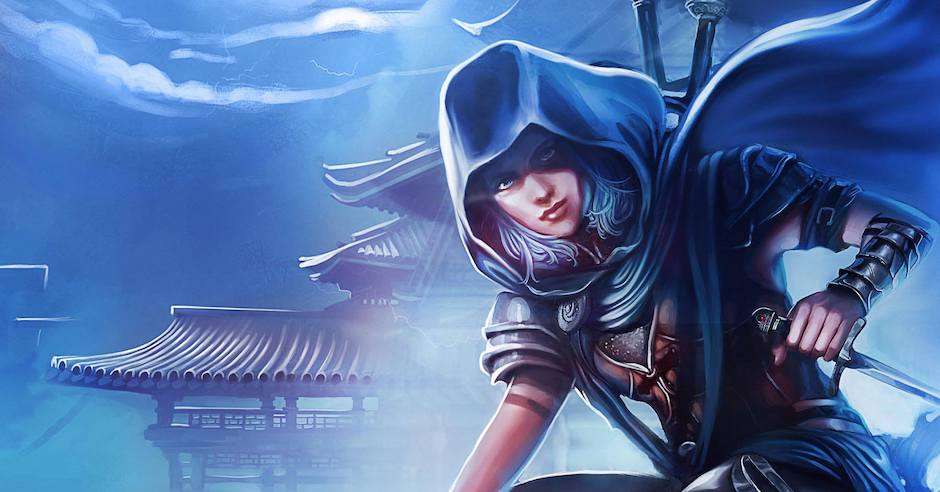 It’s always an exciting thing to see a new anthology of grimdark stories when it’s released. Great artwork typically pulls me in along with a list of stories promising lots of grit, swords, and dismemberment. Beyond the Shadows Volume One – A Grimdark Anthology was no exception, even though it was a compilation of indie authors. No problem, as anthologies are a great way to discover new voices in fantasy. 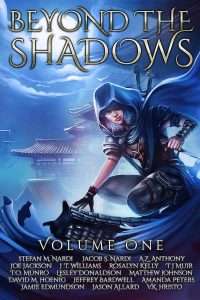 Beyond the Shadows was a fun collection, though I found it to be a bit of a mixed bag, as many are. There was the good, the bad, and definitely the ugly. In this book, we are introduced to such things as immortal beings trying to blend into society, traders in an untamed wilderness hunting river monsters, an interrogation of a gnoll war leader, some power sucking urchin eaters, the solving of domestic abuse issues with dark witchcraft, pirates turned military in an Asian setting with Haitian magic, queens giving birth to twins while holding court over accused traitors, warrior women with male “peons” serving them on a suicide mission, a spoiled brat of an inheriting teen coming to terms with his own vileness, soldiers in mech suits baiting dragons, gunslinger sorceries in a Western landscape, a mercenary band trying to survive on a weird island, and the last soldier standing against a horde of undead led by a super necromancer.

But beyond all of this were two stories that stood out above the rest. These are two tales that will have me looking up their authors and adding titles to my To Be Read list.

First of these was I, Legion by T. O. Munro. This was an excellent story, with a main character burdened with a creepy power of absorbing the souls of those she has killed. She inherits their abilities and knowledge, but has to live with their crazy personalities in her head.

The second was Stiff’s Standoff by Jamie Edmundson. This was a great take on the mercenary band theme facing impossible odds but finding unexpected solutions, with a great combination of grit and humor that is the trademark of good grimdark. Like the story mentioned before, there were a lot of twists and unexpected surprises, especially for a story this short.

The rest of Beyond the Shadows was interesting, if not as wonderful as these two 5-star tales. Honestly, there is a lot to like and something for everybody, but a good number of these fall short due to the editing. There were some great ideas that could have been a lot better with some solid polishing.

All in all, Beyond the Shadows Volume One – A Grimdark Anthology was a pleasing experience, and I’m happy to say that there are several authors worth further exploration. There are several promising careers in fantasy writing showcased here.