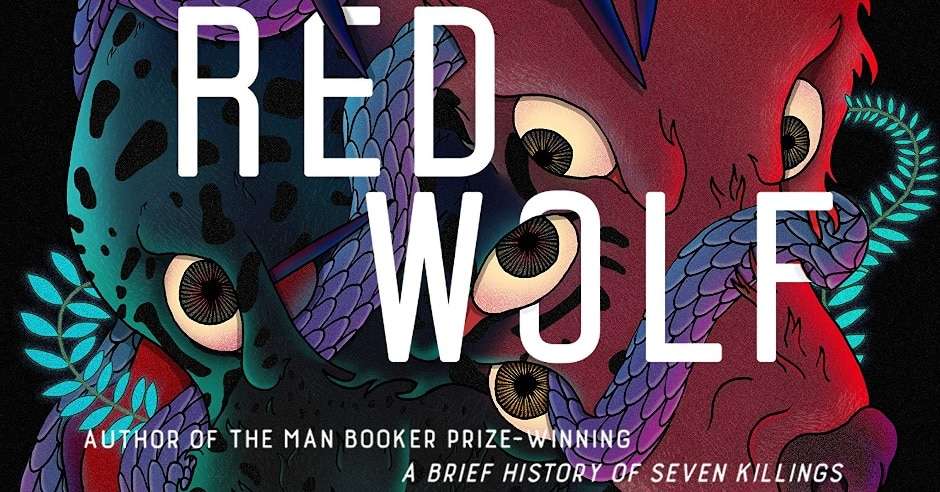 So says Tracker, the lead in Marlon James Black Leopard, Red Wolf, the first of an intended trilogy that has been described as an African Game of Thrones. 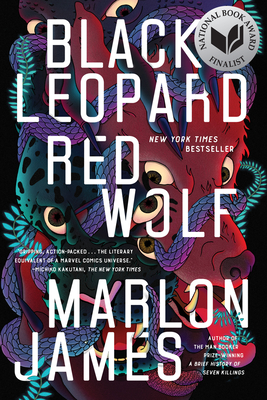 This is a story about things lost and searched for: identity, purpose, humanity, innocence, love, trust, family, memory, sanity, childhood. The list is long and James tackles them all, even though the finding rarely brings happiness; deception and betrayal are constant companions. Black Leopard, Red Wolf is set in a lightly reimagined pre-colonial Africa that is densely populated with a cacophony of African myths and fables; witches, fairies, giants, vampires, flesh-eating trolls, devils and shape-shifting humans all inhabit this world.

Tracker is the Wolf of the title, so-named because of his dog-like sense of smell that he uses to track what is lost, and his wolf’s eye, the result of a particularly unpleasant episode in the book. His companion is the shape-shifting mercenary called Leopard and the ostensible plot a dysfunctional and damaged fellowship searching for a kidnapped child. Using the plot device of an episodic testimony told by Tracker to an unknown inquisitor, the first-person narrative slowly unpeels a bleak story strikingly lacking redemption.

James takes full opportunity to challenge the conventions of African tradition. Slavery, the role of women and sexuality, particularly homosexuality, all fall to his pen and Tracker, a very masculine male, is openly homosexual. James, who has been open about his sexuality, uses Tracker as a tool to challenge the prejudice he had to overcome. In a book that is consciously a reclamation of fantasy for Africa, James must address race and colour. He does not hold back. The peoples of his world have as much hatred for and prejudice against others as sadly do our own. James inverts traditional colour tropes by making white the colour of evil, of nothingness. This inversion is brilliantly brought to ultimate manifestation in the form of the chilling “white scientists”.

The jungle, literal and metaphoric, dominates this novel and James draws us into a world of bestial passions and appetites, awash with blood, violence and sexual – although rarely explicit – imagery. It is a brutal book that at its core has a grim and bloody folkloric belief system that uses the body parts of murdered babies for their magical properties. There are no heroes here and this is not a book for the fainthearted. Most of all this is a book of discombobulating sensation.

For me though, the comparison to Game of Thrones does not work. Black Leopard, Red Wolf is in part about Empire-building and the corruption of power is a constant backdrop, but its purpose is not (it seems to me) to describe a dynastic struggle. Black Leopard, Red Wolf owes more to Robert E Howard than to GRR Martin; don’t read this if an African Game of Thrones is what you’re after.

At over 600 pages it is also long. Reading this book takes commitment. James’s writing style has been described as “a stream of consciousness.” When it works it drenches the reader in a poetic wash of sensory imagery. When it doesn’t it drowns the reader in a messy quicksand of unstructured thought. It just about works more often than it doesn’t but James can be a fussy chef adding one ingredient too many and spoiling the taste of the dish.

In all honesty, I almost gave up in the first third of the book. Then I realised that I didn’t have to understand the individual parts to appreciate the whole and I carried on. I’m glad that I did. Black Leopard, Red Wolf is in equal parts well-conceived and flawed. It will reward your investment if you care to make it, but don’t do so lightly.