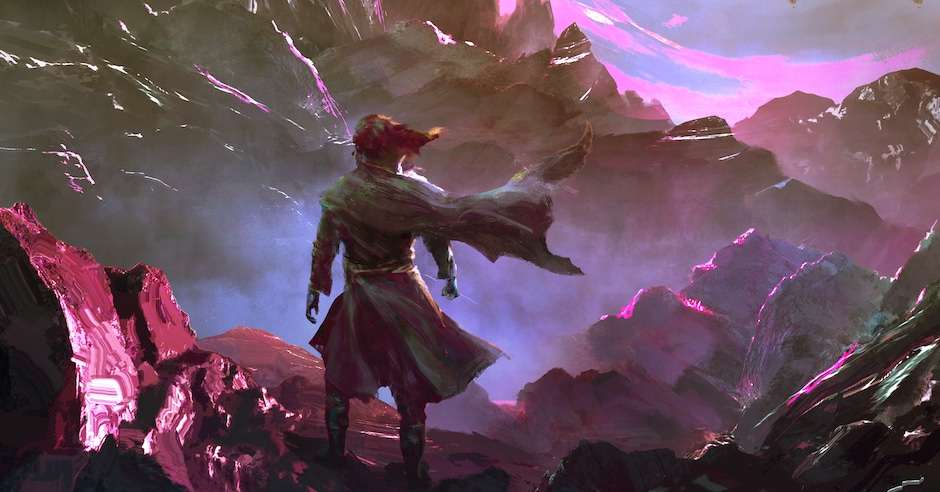 Black Stone Heart is the latest grimdark novel by Michael R. Fletcher. This is a brand-new series, The Obsidian Path which is set in a bizarre new world unlike those of Fletcher’s other work. There were a couple of stories in A Collection of Obsessions, his short story collection, but this is the first full length novel.

As with all of Fletcher’s work, Black Stone Heart does not shy away from a steady diet of comfort food for the grimdark appetite. His recipe is equal parts violence, gritty happenings, grisly humor, and a dash of bad luck for flavoring. 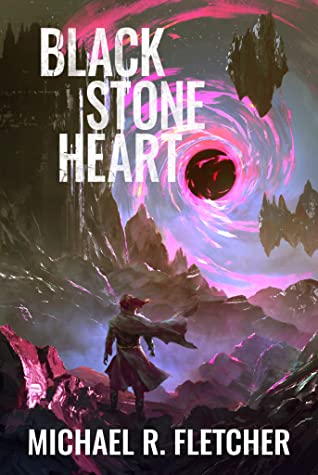 Khraen just woke up, and he’s starving. He’s confused and disoriented and doesn’t remember much at all of his life before he’d been killed. All he knows now is that he is being drawn to the fragments of his obsidian heart that have been scattered about the world by whoever it was that murdered him.

During the course of this novel, we travel with Khraen as he tells the story in first person, learning what we can of his life before as he does, picking up a bit here and there with each fragment of his stone heart as he finds it. His memories return with each piece, as do his talents and his awareness of who and what he was.

This book is an interesting study of a dark character, a villain from most perspectives, as he comes to grip with what he was, what he is now, and what he hopes to become as he pieces himself back together bit by bit. Will he become the demonist emperor that ruled a vast empire over several millennia, or will he learn to be a better man through his experiences today and forced humility? Sorcery and necromancy abound in the battle for Khraen’s quest and the very nature of his soul.

With twists and turns and the general mindfuckery that we come to expect from Michael R. Fletcher, we go on this wild ride with Khraen, not knowing if we’ll be uplifted or disappointed, or both. Much as Khraen himself must prepare for who he becomes and the legacy he’d left behind during his previous life which hangs over him now. Can he be a better man? Does he truly want to?

Here’s a little example of Fletcher’s writing, the way he can twist a dark happening into a lively bit of humor, still grisly in its content but light in the tone as he spins it:

“After killing the farmer’s horses, we rode them south, exchanging our dead mounts for new ones whenever their appearance decayed to the point they became recognizable as corpses.”

Black Stone Heart doesn’t disappoint the returning Fletcher reader. It’s much different in scope and perspective than earlier work but keeps the consistent tone and writing flow that we’ve come to look forward to with each new story. New readers will be just as entertained and will likely flock to his back catalogue as soon as they finish this one. But all readers will probably wonder about Fletcher’s sanity before it’s all over.