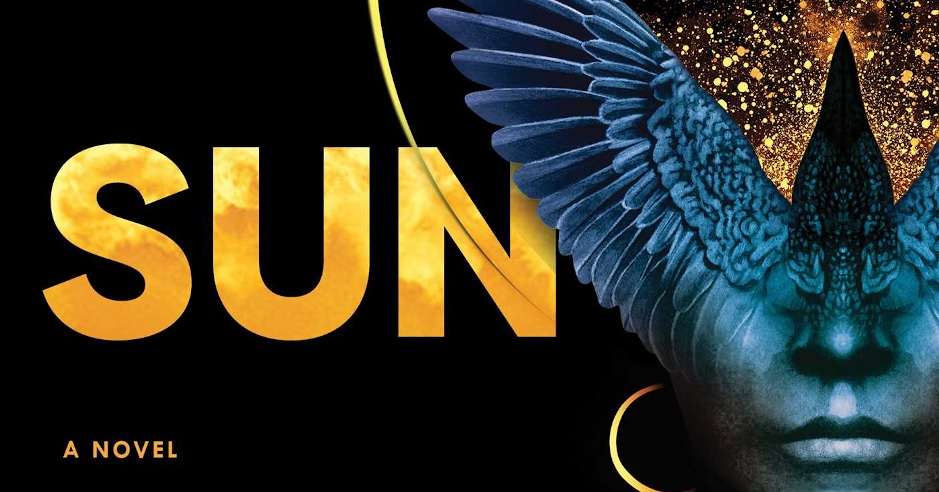 Nearly impossible to put down, Black Sun by Rebecca Roanhorse is engrossing and irresistible from cover to cover. The author deftly weaves a sweeping tale of vengeance, power, and loneliness in a fascinating fantasy world inspired by the pre-Columbian Americas.

“Today he would become a god. His mother had told him so.” 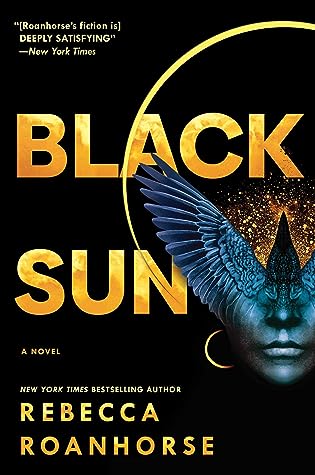 Black Sun starts strongly and continues to impress throughout. The novel jumps around in time from years to days apart, centered closely on the day of Convergence: a day when the sun, moon, and earth align, and the sun is devoured by the shadow of the moon. The time jumps help build a mounting suspense and sense of inevitability.

At its heart, Black Sun is a character-driven novel. The book cycles between the main point-of-view perspectives of Serapio, Xiala, and Naranpa. Throughout the book, Roanhorse writes careful, impactful moments that demonstrate her characters’ personalities. These moments engender empathy for each character despite escalating tension between them as they are inevitably drawn together.

Serapio was born to be the tool of vengeance of his clan, the Carrion Crows, against the Sun Priest that wronged his family. In the first chapter, the child Serapio is lovingly scarred and permanently blinded by his mother in a ritual that would turn him into a vessel for a powerful crow god. Brutally trained for a single purpose, Serapio has lived a lonely and painful youth.

“Usually, when someone describes a man as harmless, he ends up being a villain.”

Xiala is a charismatic sea captain who is sprung from jail by a powerful benefactor for the deceptively simple task of transporting “harmless” Serapio, now a grown man, to the city of Tova before the day of Convergence. Xiala is a Teek woman with a deep connection to the ocean and the power to Sing, an ability which allows her to influence people and more easily navigate the sea.

Naranpa is the Sun Priest and highest religious authority in Tova. Throughout the novel, she struggles to maintain control and keep her organization relevant. Rising from deep poverty through the ranks through merit and luck, Naranpa has made many enemies along the way who do not want her to disrupt the status quo.

Queer stories in modern fantasy, especially those that have BIPOC protagonists, are few and far between. Roanhorse casually and refreshingly writes a novel in which gender expression and sexual orientation are not a primary plot point or a conflict. None of the characters dramatically come out or die to serve the plot as seen in the bury your gays trope. Roanhorse’s queer characters do not exist to demonstrate the author’s inclusiveness, they just… are. Prejudice based on gender and sexuality is subtle and insidious rather than a main impetus for the queer characters to act.

The characters’ motivations seem authentic and grounded, and the setting has just enough detail for the reader to feel almost present in the scene. With the right amount of foreshadowing to make the story enjoyable, the novel doesn’t feel trite or formulaic. The plot feels inevitable—not predictable. Though some would argue that the book ends on a cliffhanger, the bittersweet ending feels appropriate.

In a recent interview with NPR, Roanhorse says “I have been reading epic fantasies inspired by European settings since I was a child, and while I’m still a fan of many of these works, I longed to see something different. So I wrote it.”

Fantasy and science fiction inspired by pre-Columbian indigenous cultures is rare. It is notable that this book came out the day after Indigenous People’s Day (formerly Columbus Day). Although she does have close family ties to the native community, Roanhorse’s cultural background and connection to indigenous groups is nuanced. Roanhorse predominately features native perspectives in her writing, which has caused some controversy. Many native scholars have cited cultural appropriation and unsanctioned depictions of their culture in their criticism of her previous works. Readers may find her most recent approach to be more sensitive to cultural concerns. In her afterword for Black Sun, Roanhorse acknowledges liberally mixing indigenous cultures and creating her own fantasy elements for the novel.

Readers who enjoy the tales of myth and magic, political maneuvering, and tragic destiny penned by Brian Staveley and Jacqueline Carey will love Black Sun. As a woman writing books about queer BIPOC, Rebecca Roanhorse will likely continue to be compared to fantasy juggernaut N.K. Jemisin. However, Roanhorse’s stronger focus on character distinguishes her work from Jemisin’s generally plot-driven stories.

A rare and wonderful fantasy novel, Black Sun is one of the best books to be published in 2020. This thoroughly impressive work could stand alone, but the author has more books planned in the Between Earth and Sky series.

Days might get blurry, but silent book club meetings still bring it all back into focus | bookgaga