Review: Black Tea and Other Tales by Samuel Marolla 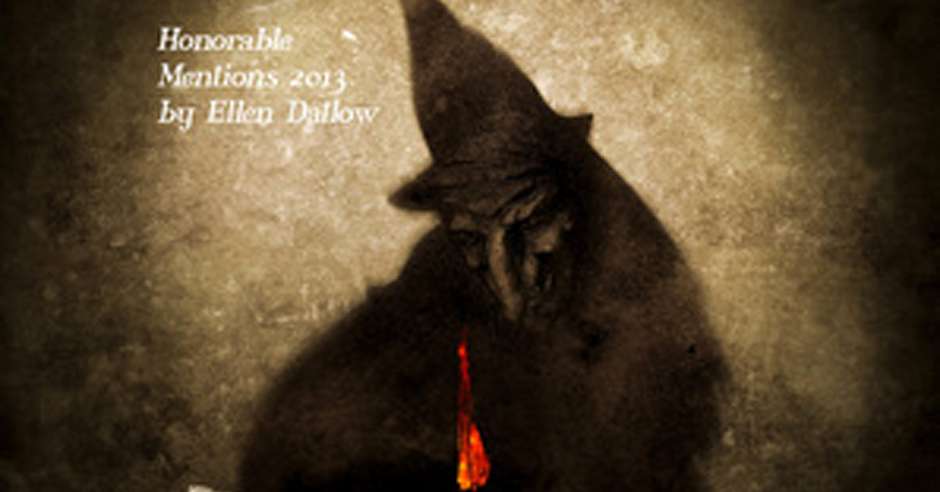 Black Tea and Other Tales by Samuel Marolla is compared to ‘A box of lovely dark chocolates’ in a foreword by Gene O’Neill. Gene’s recommendation had me ready to devour the three dark and bittersweet stories before the opening word, and I gladly did.

Black Tea opens on a confused man wandering the red pathways of a strange house. He finds a note in his pocket telling him the old woman who owns the house is trying to kill him and two remaining men. The opening immediately grabbed my attention as characters are quickly killed off in gruesome ways. The goal is simple, to try survive and find a way out of Grandma’s house of death.

This was my favorite of the three. It has a fast paced beginning and an end so grim it makes you wonder if death would have been better. The amnesia gives the story enough mystery without being overwhelming. The sweet smiling grandma is pure evil, no moral ambiguity, but she’s so frightening that it works. The trapped characters are your average Joe’s working for a company called Elite Maintenance. The men are somewhat morally grey. Black Tea subtly presents the question of what you would allow to happen to your work colleagues if it meant your survival, or theirs. 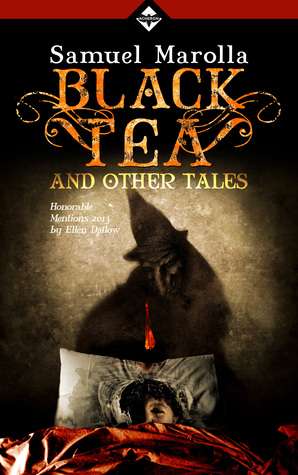 The setting is the house, Villa Bartoli, designed by the old lady’s late husband. It’s like a board game, but without a winner. The windowless hallways are a maze of crimson carpets, and oozing arabesque wallpaper. The Villa feels like another dark and twisted character helping the old lady capture her victims.

Black Tea sucks you into the house along with the lost characters. This story is pure dark chocolate, and leaves you craving more.

I enjoyed Samuel Marolla’s style so much that I greedily unwrapped the next story, Crocodiles. The second short story starts out a bit slower than Black Tea but is instantly gripping because of the well written characters and the protagonist’s realistic, depressing life. William Fiorucci is a thin, divorced and possibly alcoholic, writer living in Milan above an aging prostitute in his Mother’s flat. He’s a freelance journalist working for the Milanese crime news. Ambrogio Cerutti, an old, one-eyed mobster, gives Fiorucci a bottle of his homemade, special wine in gratitude for not writing a piece that would have tarnished his granddaughter’s reputation. The recipe will die with Cerutti, but he mentions it’s made of grapes watered by blood three times. Twice with stray cats, and once with a decent man’s. Tasty. El vin dei malnatt–wine that can bring a drop of a dream true – brings both his dreams, and his nightmares to life.

The morally gray protagonist Fiorucci is what really moved Crocodiles along. I loved how he slowly descended into darkness until he became a monstrous person, yet his actions, while unacceptable, are understandable. You liked, yet hated him. The other imperfect characters are also entertaining: Olivetti is his mentally insane mother, Ianfascia, his loathsome editor, and Luisa, the hated ex-wife who stole his beloved son from him. Crocodiles starts grim and progressively gets darker until it reaches its bleak conclusion. Exactly what I was hoping for.

The Janara is the last and shortest story. Giuseppe is an adolescent boy visited by a mysterious and unseen spirit that he calls “she”. She randomly visits Giuseppe in the middle of the night when everyone’s sleeping because of a cursed glass of warm milk given to him by a tattooed prisoner. The nights she comes he is left alone in the dark with only his teddy bear Zot to keep him company. He must follow the rules if he wishes to survive: keep the sheets pulled up, don’t move, and most importantly, don’t make a sound.

The Janara is a fast-paced read that turns certain childhood comforts frightening. Giuseppe is a relatable character and she, though you never see her but through his detailed descriptions, is terrifying. There is a great moral dilemma at the bittersweet end, though I felt it was a little predictable in its outcome. Altogether, The Janara is a dark and enjoyable read.

Black Tea and Other Tales is a grim and gritty book that leaves you craving another box of delectable stories. It has tasty descriptions and beautifully written sentences that make you want to read aloud just to see how they sound spoken. None of the stories are fantasy or what I consider to be sci-fi, but they are wonderfully dark. Lessons from these tantalizing tales: Don’t drink the milk, don’t sip the wine, and never drink the tea.

I give Black Tea and Other Tales 4.5 Grimdark Lords out of 5.

To pick up a copy on Kindle, use this link. 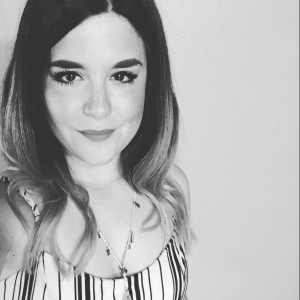 Jewel lives in a tiny tourist town in the coldest state of the U.S. To stay warm, she spends her days chasing after her little boy. You will find her curled up on the couch with salty snacks, reading a good book, or writing a short story in her spare time. When cartoons aren't on, shows like Game of Thrones dominate her television. She can be found at momwhowrites.com.