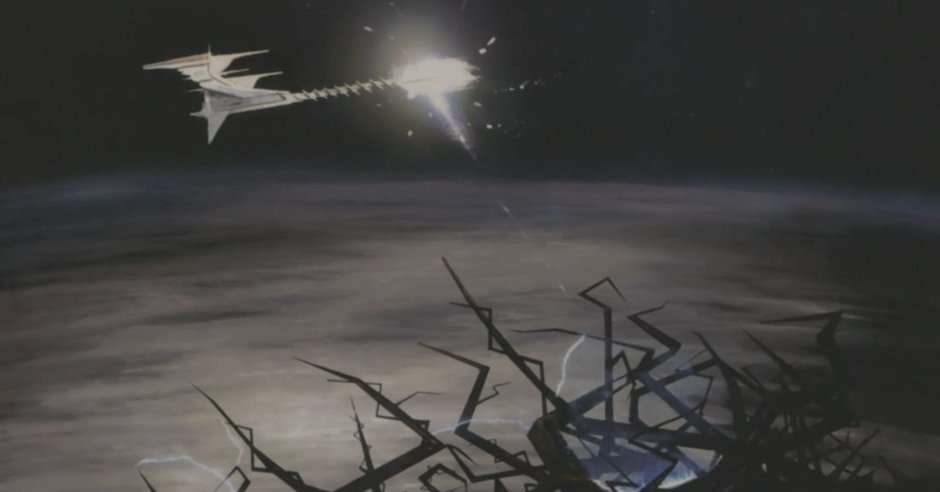 Originally published in 2006, Peter Watt’s Blindsight tells the story of what happens when 65,000 alien probes flashed simultaneously, instantaneously surveying the earth. When a probe of our own intercepts an extraterrestrial signal of unknown origin and receipt shortly thereafter, a team is sent to investigate, and possibly make first contact. Naturally, nothing good happens! 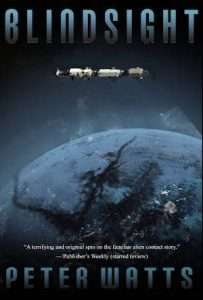 Blindsight is densely packed with themes and concepts relating to consciousness and sentience (amongst other things) that made me want to put the book down and really think about what Watts was trying to say. Sometimes there was too much going on thematically – it felt like Watts was trying to cram 50 pounds of philosophy into a 30-pound bag. Many of these themes are explored through dialogue and exposition, which to Watts’ credit works well. While it’s clear he’s using the voices of the characters to deliver his philosophy, it doesn’t come across as forced or pedantic. Occasionally though Watts would touch on a subject and then move on without exploring it, which could be frustrating and a little disjointed. Likewise, characters would have a-ha moments that I as the reader didn’t share, leaving me to just shrug and move along.

Characterization is both a strength and a weakness here. As a child half of protagonist Siri Keaton’s brain was removed to treat chronic epilepsy. What was left was someone who could glean a world of information from a person’s smallest gesture but was unable to experience true feelings or emotions. Commanded by a vampire, Siri is joined by a linguist whose brain has been constructed to house multiple personalities; a biologist who can interface with his equipment cybernetically; and a soldier who can command a horde of killer drones. The characters were rich and lifelike, with actual personalities that go beyond describing their roles on the team. Only a few of the characters’ backstories are addressed though, and that felt like a missed opportunity.

But at the same time, Blindsight is a real page turner. Throughout, Watts does an excellent job of ratcheting up the tension, making you feel wonderfully uncomfortable. Just when you think you have a grip on what’s going on, he adds a twist that keeps things from being predictable or cliched. Blindsight has a very rewarding loop of presenting a mystery, then solving that mystery with an even more terrifying one. By the conclusion, there were questions left unanswered that left me thinking about the story for days after.

Overall, I enjoyed Blindsight. I recommend it, especially if you are a fan of darker science fiction along the lines of Aliens or Even Horizon. As of this writing (August 26, 2021), the full novel was available for free from the author’s website: https://rifters.com/real/Blindsight.htm