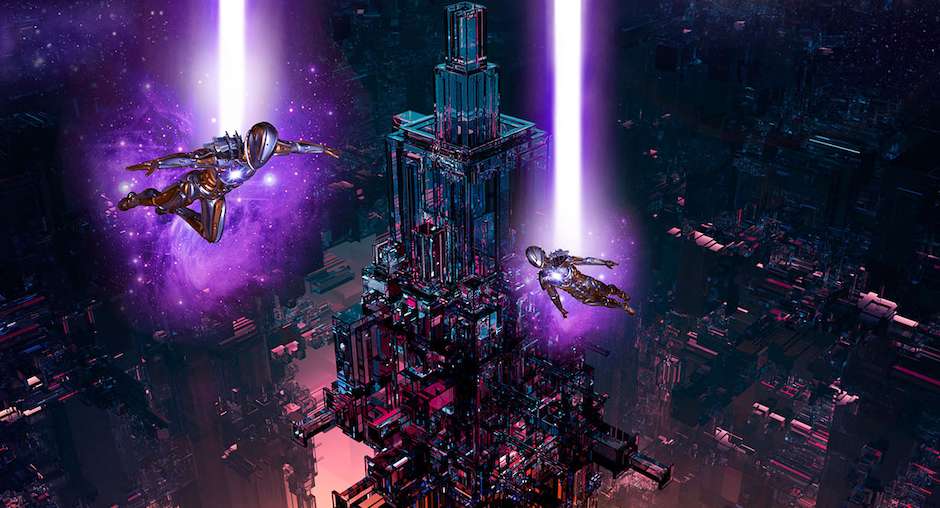 In book two of Jeremy Szal’s increasingly sprawling space opera, The Common, Blindspace ratchets up the scale, the risks, the action, and the relationships to 12. A slower and chunkier book than Stormblood we are given far greater insight into Vakov Fukasawa (Vak), our Reaper with heart, and the workings of the asteroid Compass, and the galaxy spanning Common, and its vast and invasive enemies, and it is one hell of a ride. 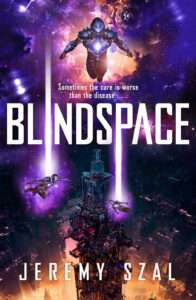 Needless to say, there are some spoilers for book one, herein.

Kicking off with a (much appreciated) 80’s SF-style monologue intro to refresh my memory on book one, Blindspace begins with raid on a House of Suns (a terrorist and drug operation) asteroid crater, with our team trying to kill one of their leaders. Having joined Harmony’s armed forces, Vak’s fireteam are a high-tech group of soldiers much like a SWAT team, going in through the front door to bring down the enemies of Compass, the colossal asteroid mined with cities that is the centre of the galaxy-spanning Common.

After a successful hit that shuts down the House of Suns operations in the crater, but unfortunately misses the actual target, Vak ends up in an impossible position. And he’s put there while the pulped meat of one of Vak’s fireteam is still cooling. The House of Suns have thrown down the ultimate challenge to Vak, his fireteam, and Harmony. And on top of all this, the Shenoi, whose very essence is the addictive, powerful stormtech that slides through every part of Vak to make him a super soldier, are on their way back to “elevate” humanity to a new species—whether the people of the Common want that or not.

The opening half of this book, while still featuring some big and bold action scenes is slower, more purposeful than Stormblood. Szal invests in his character relationships more, and this pays off later in the book as he puts them through the absolute wringer. We spend a lot of time with the fireteam, in much the same way our main character does, and getting to know the backstories and differences between the diverse characters is thoroughly enjoyable. Jasken and Mandy were my two personal favourites.

The far broader scope of Blindspace really showcases Szal’s imagination. There are multiple new levels and areas of Compass to explore, new star systems, species, and even bigger ships. Some of the alien races were a little too tied to Earth mammal species for my usual tastes, but that’s a minor quibble considering how well Szal packs out your imagination with the imagery of his universe.

The emotional impact of choices and the stress on character relationships is really dialled up to 12 in Blindspace. Maybe even 14. At times I felt the point was made, and it was time to move on, but the internal monologue about brotherhood and family would keep going for another half page. There is a very good chance others will enjoy this aspect and be invested to a level I couldn’t, so take that criticism as my personal tastes and with a hefty pinch of salt.

Probably one of the coolest things about this book is the progression of the stormtech through Vakov’s body. Szal’s description of this part-disease-part-drug addiction as it slowly takes over Vakov’s mind and body is just about the highlight of the book for me. The stormtech is almost like a silent, vicious character of its own.

Blindspace is an expansive read, and an excellent follow up to Stormblood. Full of epic battles, high risk actions both physical and emotional, and a real focus on character engagement and relationships, space opera fans are going to find this a thoroughly satisfying book 2 and a great setup for book 3.