REVIEW: Blood of an Exile by Brian Naslund 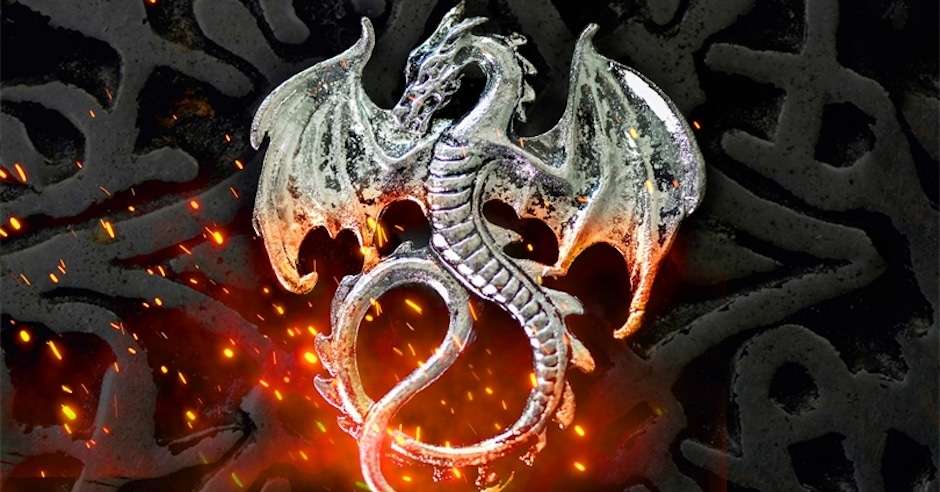 I received an uncorrected proof copy of Blood of an Exile in exchange for an honest review. I would like to thank Brian Naslund and Tor. 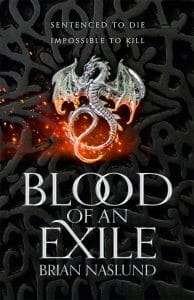 Bershad the Flawless is a dragon-slayer. After betraying the King fourteen years ago Bershad was exiled and given a brutal sentence. To spend the rest of his days trying to kill the flying lizard behemoths that roam around Terra. To most, this is a fate worse than a simple execution and very few dragon-slayers ever actually complete the deed even once. Sixty-seven dragons later Bershad’s feats have become the tales of legend and he is the most successful dragon-killer of all time. Unfortunately, he is still shunned by the majority of the world’s inhabitants due to his tattoos which mark him as an exile. After his most recent mission, disposing of a Needle-Throated Verdun, a surprising proposition is offered to Bershad by the king who sentenced him. If he murders the emperor of a neighbouring kingdom he will walk away from the task a free man.

Blood of an Exile is a thrilling, action-packed rollercoaster ride of a dark fantasy debut and I devoured the four hundred plus pages in three days. It should not be confused with Mitchell Hogan’s equally excellent Shadow of the Exile. Naslund’s debut is predominantly set in a medieval-inspired world that features dragons, jaguars, vampires, strange snails that cause terrible diseases, and an adorable pet donkey. There is also a more advanced nation and this area showcases elements of steampunk too. The world building is topnotch and the uniqueness of the environment is presented deftly. Blood of an Exile only follows one timeline and the details of the characters’ pasts and intricate notions regarding Terra are presented through the characters thoughts and conversations throughout and comes across organically.

There are five point of view perspectives that we follow in Blood of an Exile. The most frequent is that of Bershad’s where readers follow him on his numerous missions alongside his only friend Rowan who is a forsaken shield, and his trusted donkey companion Alfonso. We are also welcomed into the minds of an assassin Garret, an alchemist’s apprentice Jolan, the daughter of the king who exiled Bershad, Ashelyn, and a mysterious and talented ‘widow’ Vera. Those familiar with John Gwynne’s novels, especially Of Blood and Bone will be used to the type of chapter presentation showcased here. Named chapters, frequent point of view switches, and occasionally more than one character analysing the same event when their paths cross, although often taking into consideration very different views, motives, and agendas.

Blood of an Exile deserves a place on the middle to the higher end of the grimdark scale. Terra is a horrendously brutal world and there are some truly gruesome moments. As well as Bershad’s assassination attempt the narrative features a potential civil war, an assassin assigned to murder very important individuals, duels for honour, and a potential cull of wildlife that could dramatically change the whole world. I became attached to many of the ensemble members even though it is littered with murderers, scumbags, schemers, and thieves. Without going into spoiler territory, some important players might not make it to the second book in the trilogy. One moment in particular nearly made me sling the book across the room! The ending is pretty exceptional and wraps up everything nicely. Blood of an Exile could work as a standalone but there are more than enough teasers and loose ends that mean I’ll definitely be continuing Bershad’s adventure. If I had to quickly summarise this novel I’d say it’s a darkly-tinged mixture of John Gwynne’s—Of Blood and Bone and Andrzej Sapkowski’s The Witcher Saga and is recommended for fans of both series.

Buy Blood of an Exile by Brian Naslund

[…] Brian Naslund – Blood of the Exile I said: “Blood of an Exile is a thrilling, action-packed rollercoaster ride of a dark fantasy debut and I devoured the four hundred plus pages in three days . . . a darkly-tinged mixture of John Gwynne’s―Of Blood and Bone and Andrzej Sapkowski’s The Witcher Saga.” (Full Review) […]