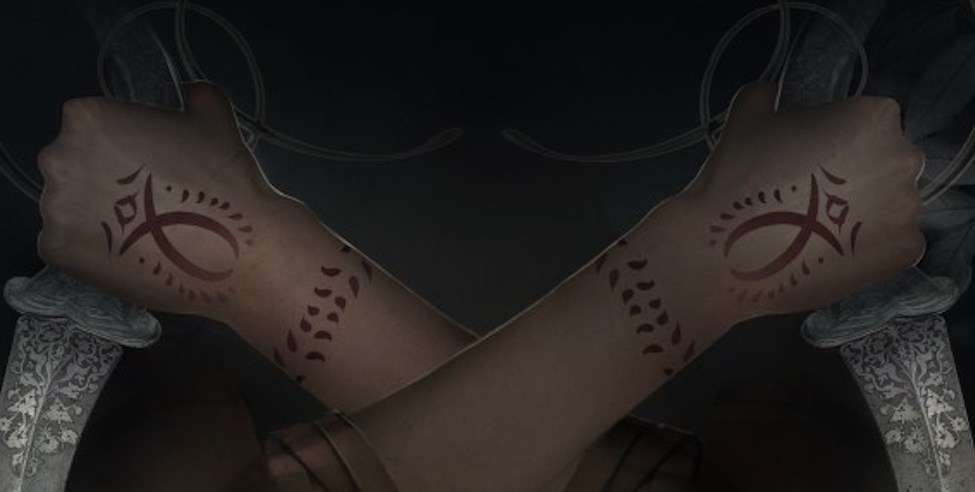 Blood of Heirs is the ambitious debut epic fantasy novel and the first book of The Coraidic Saga by Alicia Wanstall-Burke. And while I wouldn’t place it in the grimdark genre, it has some elements/topics which might appeal to a wider audience liking their fantasy to be on the darker side. 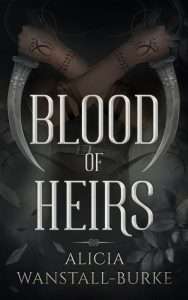 I didn’t have much information about Blood of Heirs beforehand, but the Universe seemed to want me to read it, so I said damn it, and plunged into it. Not having expectations can be liberating and makes reviewing a book easier. Or it’s supposed to be that way. What I want to say is, Blood of Heirs is a fascinating, and really enjoyable read which will set high expectations for the next book in the saga.

In Blood of Heirs we follow two storylines. Lidan lives a somewhat secured life in Hummel, as the First Daughter and heir of the daari—the leader of the Tolak clan—surrounded by her nine sisters and his father’s four wives. Her mother is the first one, the dana who does everything to secure her daughter’s place in the society. In order to do that, she tries to keep Lidan away from danger, even though Lidan wants nothing more than to be a ranger, ride her own horse and train under her father’s warriors. At the beginning of the book Lidan is twelve years old and slowly starts to open her eyes to the world, and the fight that brews between her parents, finding herself in the middle of the conflict. On one hand she wants to realise her dreams and prove herself to her father that she is fit to be the heir. On the other hand she is trying to not upset her mother. Sellan is quite quick-tempered and thinks the only way to learn a lesson is through pain. The relative peace of the tribe is about to break, when monsters (ngaru) start to attack the rangers and the other clans. Lidan, even though she is only twelve, understands the world better than a kid should, and acts like a grown up when the need arises. She is easy to identify with: we’ve all heard our parents argue at one point and tried to hide from it. But Lidan can’t hide forever and has to stand between them to try to keep the peace as well as her own position in the family.

“It all seemed simple enough. It was a game, played by folk pretending never to move their pieces across the board. Could she play along and win? She knew she wasn’t ready for the consequences of losing…”

We also follow the story of Ranoth Olseta, the fifteen-year-old son of Orinth’s duke, Ronarth. He is eager to prove to his father that he is able to lead an army. On his way to Usmein from his father’s camp with his companion, Brit, they approach a lone farmhouse seeking shelter for the night. Instead of a good night’s sleep Ran ends up having a nightmare which will follow him for a while, a quite persistent ghost companion, and a “curse”.

Circumstances make him leave his home behind even though he has no idea where he can find a safe place. During his journey he meets Sasha, who saves his life and decides to go with him, though she really doesn’t have a reason to. Ran and Sasha not only have to fear recognition, but a monster also follows them through the mountains and forests. Ran not only has to deal with their pursuers, but has to understand—and accept—what happens to him. He has to learn to control his magic, and find out why monsters roam free in the forests.

Blood of Heirs being the first book of a series, acts like an introduction to the world, to the characters. Ran and Lidan’s paths don’t cross yet, but they face the same problems more or less with the appearance of the ngaru. Still, their worlds are so different from each other. While Lidan lives in the safety of her clan, surrounded by her family in an Asian/Middle Eastern-like society, Ran was raised in a city by a strong-headed father and a kind-hearted mother and a tutor who acts more like a real father should. They both want to prove their worth to their fathers and face situations during their journeys they are not quite ready to face. They see and fight horrors for which they are too young but from which they come out stronger.

Wanstall-Burke did a really good job on this book. The pacing is great and we simultaneously get action and learn about the circumstances the characters are in. There are twists and pleasant surprises and although I don’t really know what the bigger picture will be yet, both Lidan’s and Ran’s story have engaging arcs throughout the book. We get some answers and conclusions, but this book is mostly about their journey—Ran’s from his home to safety; and Lidan’s to the Corron,