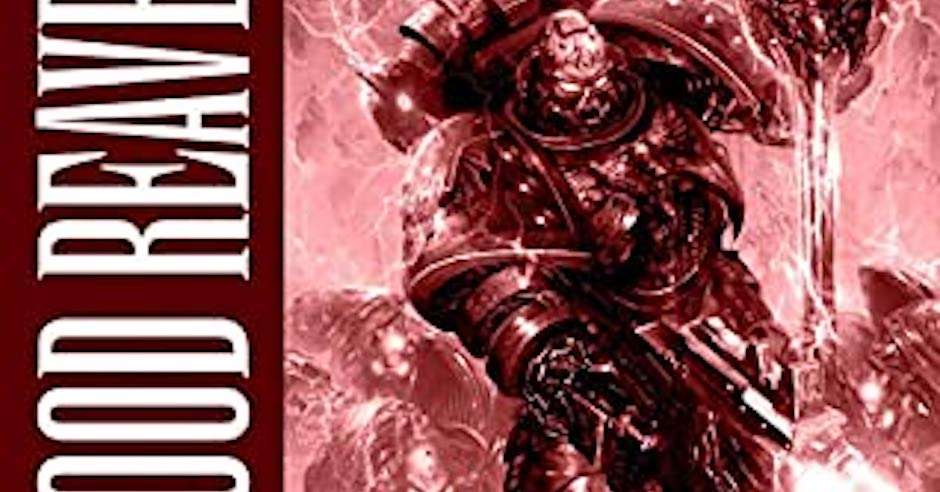 In Blood Reaver the Night Lords traitor legion is starving. Ammunition is almost non-existent, stalling their ability to persecute the Long War against the Imperium. They hunger for the hunt, but lack the tools to do so. That is, until Talos and First Claw finally torture the right person who knows the location of Ganges, where the Mechanicus and Marines Errant store a treasure trove of munitions that will keep the hunt full for a long, long time. 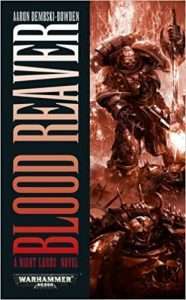 Blood Reaver continues the enthralling story of Talos and his First Claw, of their squad’s inner struggle against the Exalted and those losing their humanity to the denizens of the Warp, of the humans who live and work enslaved beside them. Centuries of war with little or no replenishment, mixed with vicious infighting has also left their ranks leaner than ever before. But the Exalted has a plan, and it requires a momentary truce between Talos and what he hates most about what his legion is becoming.

The introduction to Blood Reaver just brings out that cool AF factor that Dembski-Bowden is so good at. Over ten thousand Night Lords gathered in one place—members of a Legion known for going it alone in smaller war bands—together in one location, just grants so much scope to the story we left behind in Soul Hunter. And that’s just the opening.

Blood Reaver is a slower book than its predecessor, but provides a heavier focus on character and character development, and for that this book is stronger. It has what feels like less action, but far more emotional involvement in far more people. And somehow, Dembski-Bowden has jammed in even more awesomeness into this book than the last one.

In Blood Reaver we are introduced to Huron Blackheart, a Chaos warlord leading the traitor chapter (not to be mistaken for a far larger and older traitor Legion) the Astral Claws. Huron is all kinds of bad arse awesome, and is kicking off a crusade, and the stealth hunting tactics of First Claw and the other Night Lords are key to his plan. Only, he has something Talos wants, and is unlikely to want to give it. Huron is an excellent character, and serves both as the immovable force driving the overarching story forwards, and one of the many big bads of the Warhammer 40K universe. This book is worth a read for Huron, alone.

The other members of First Claw and the supporting staff, however, are the anti-heros of this book. Their inner hate, old rivalries, misunderstood ugliness, punishments, callousness, and sometimes–yes sometimes–their heroics and self sacrifice are what makes this book, and this story, unputdownable. From the lowliest human hound to the loftiest, angriest traitor space marine, these characters are well worth investing in.

Blood Reaver is a study in anti-heroes, in being caught up in the unstoppable wave, in backstabbing and treachary, and in sacrifice for others. A magnificent extension of this dark military space opera that will have you scrabbling for book three before you’ve even finished.