Bloodlines, by Chris Wraight, is the first full-length novel of Warhammer Crime line put out by Black Library. It therefore has a certain set of expectations attached to it: can it make the mean streets of Varangantua stick as a setting? Will the protagonist, Agusto Zidarov have a return outing? 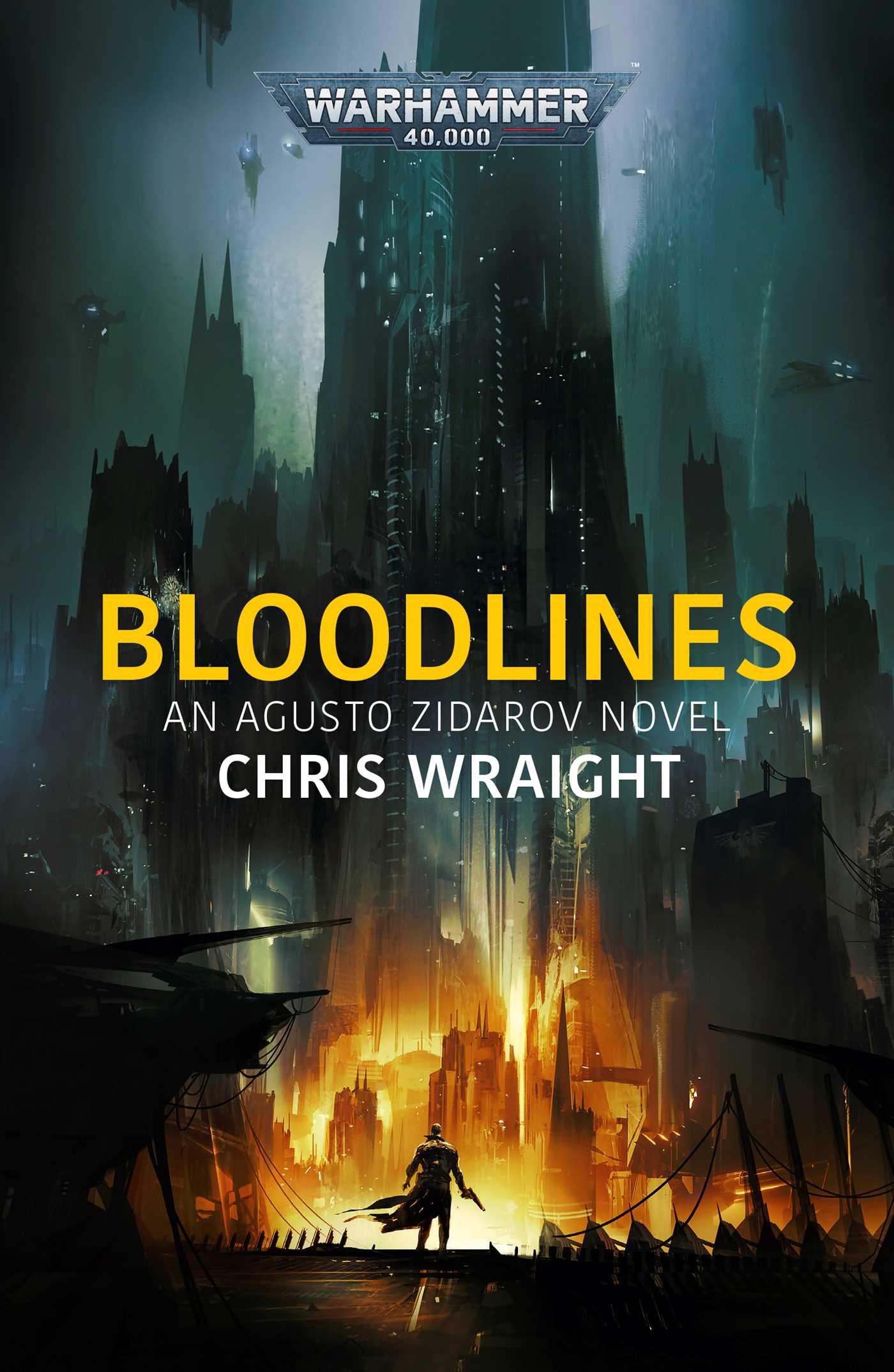 Well, one of Wraight’s great successes for Black Library has been his settings: witness the stifling sense of place in his Vaults of Terra books. Varangantua is well-formed as a dark and rain-soaked hive city – vast enough to contain distinct districts, with significant differences in wealth, function and architecture. It benefits from being the only scene of the action. Rather than the brief sketches of terrain, industry and government provided in other books, there is a slower but more thorough approach to world-building. We see family life and street-life; take-away food, future slang and home entertainment. The hive city has something of a standardised cyberpunk feel to it; there is not the riot of ramshackle storefront hackers and hap-hazard body modifications, but rather mass industrial combine and numerous officials issued with identical implants. Other worlds and features of Warhammer 40,000 appear purely epileptically.

That said, the life of Agusto Zidarov fits into the wider setting neatly. His wife and his adult daughter may be atypical of a Warhammer protagonist, but said daughter’s desire to enter an Imperial Guard regiment will likely elicit a knowing reaction from established fans. Zidarov himself does not stand out significantly – an older detective (‘Probator’), showing his age, contending not only with the criminals of Varangantua, but also the de facto arrangements between gangs and Enforcers. Vitally, he’s not a gunslinger. Armed and armoured he might be, but fire-fights are not his speciality.

Zidorov’s search for a missing son of a wealthy family, aided and abetted by trigger-happy colleagues, interfering superiors, mob bosses and the missing man’s own family will not seem unfamiliar – especially for those who know their Raymond Chandler. However, the hidden motivations of the various players are memorably drawn and explored in sufficient depth to ward off cliché. Further, the precise industry that Zidarov uncovers is simultaneously an interesting conceit for a future-crime novel and a good reflection on established Warhammer lore. It would be spoiling to say which areas exactly Wraight chooses to expand on, but a memorable quote on the matter would be that ‘whenever there’s an expensive safe thing, there’s also a cheap, dangerous thing’.

Some of the lives and follies of Varangantua will perhaps fail to adhere – for instance, the depictions of the city’s wealthier quarters seem oddly disjointed. Nevertheless, the investigations of Zidarov and his struggle for one clear victory in the chaos of an imperial hive are compelling.

For Bloodlines, I would suggest Three Stars are in order, but with very strong hopes for the future of this series.