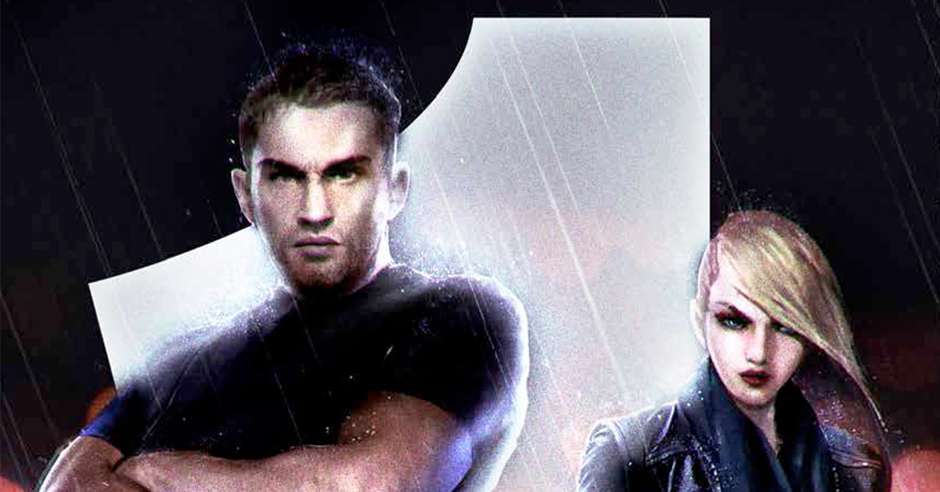 Alan Baxter’s Bound (Alex Caine Book One) is a brutal story that moves at a break-neck pace. It’s ripe with dark, conflicted characters in a turbulent, urban setting that has a mixture of martial arts, magic, and supernatural themes. I definitely recommend Bound for readers who take their violence seasoned with gore, sarcasm and sex. 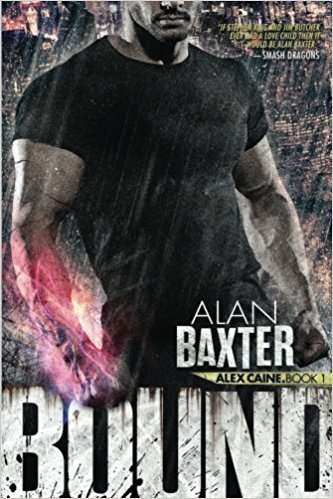 In Bound, Alex Caine is a successful martial artist who makes his living clobbering opponents in the ring. But all his exhaustive training hasn’t prepared him for the dangerous world of magical intrigue he gets caught up in. Bound to a stone relic that augments his already kick-ass supernatural powers, Alex finds out that far more than just his own life is now at stake. If he fails to conquer the stone’s power and its link with an ancient evil trapped between realms, then the entire world is in grave peril.

Alex Caine is a formidable and enjoyable protagonist whose vicious fights to the death are as exciting as they are gruesome. Alex teams up with Silhouette, a sexy and competent woman of the Kin, a race of half-vampire, half-were-creatures. Together, the unlikely couple battle forces both ancient and powerful, all the while struggling to keep Alex’s violent new powers from consuming his mind.

Baxter’s efficient prose never gets in the way of the story, and his dialogue is vivid and dynamic. I had a lot of fun reading this book. It kept me hanging in there, eagerly flipping pages to find out who was going to be the next brutalized victim or what twisted deed would be performed next. This story packs a punch!

I recommend Bound for readers who love violence, sex, monsters, and blood-splattering action.

M.L. Spencer was born in Southern California and grew up on the works of Steven R. Donaldson, Stephen King and Frank Herbert. She wrote her first novel-length manuscript at thirteen. By day she works as a biology teacher; by night she sweats over a beaten-up keyboard. Her novel Darkmage won the Indie-Reader Discovery Award for Fantasy. She lives in Southern California.