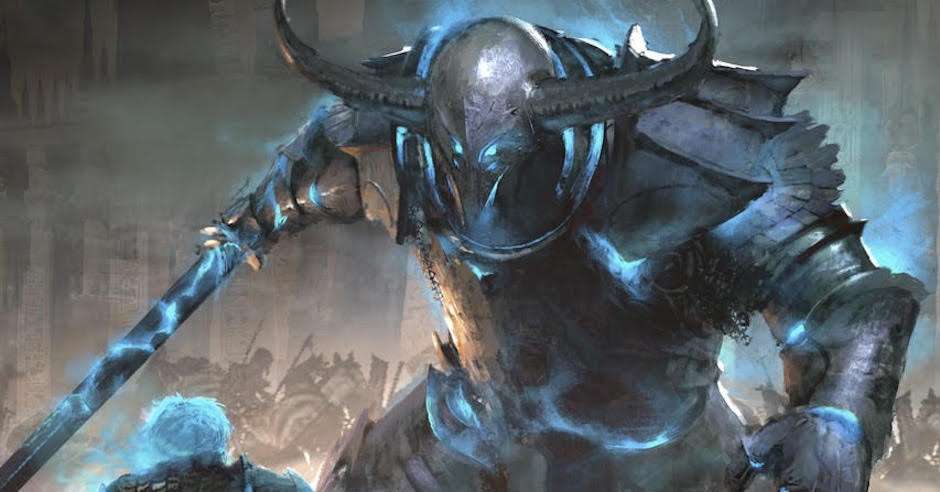 The roads to Araxes’ throne are painted by blood. The endgame has begun, secrets are revealed, allies turn into enemies, fates collide. Chaos breaks out (yes, pun intended) and until the very end it’s hard to say who’ll claim the title of Emperor or Empress. Breaking Chaos by Ben Galley brings a satisfyingly bloody closure to the Chasing Graves trilogy, one which won’t disappoint those who followed these characters’ lives up to this point. 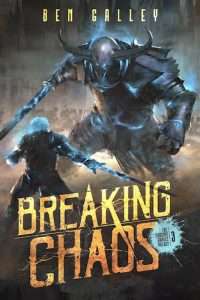 I’d rather not talk much about the plot so I won’t spoil it for readers who wait eagerly to finally sink their teeth into the final book of the trilogy. I’m not revealing secrets however, when I say all of the key characters have their own agendas regarding seizing the power for themselves. Sisine is still adamant to wreak some havoc in the city, sure in the support of the Court–namely that they will seek her help and counsel to save Araxes. All the while acting like the spoiled, bloodthirsty, narrow-minded Talin Renala she is. Widow Horix shows the white of her teeth and the old hag has a surprising vitality to her too. We finally learn what she spent decades on to help to fulfill her vengeance and some other well-kept secrets – one which I suspected from about halfway through Breaking Chaos. I would have given a lot to see the characters faces when they were revealed. And let’s not forget about Shesh’s followers, the Cult who won’t stand by passively either.

“…Wherever there is something we don’t have, we want it, and will do a great many things to get it. Better. More. Comparison is our great downfall, the mother of both envy and pride. Perhaps it’s the same for the gods.”

At the end of Grim Solace we left Nilith in a dire situation. I’m not going to lie, she is not going to have an easier time in Breaking Chaos than she had in the previous book. As much as I disliked her plotline in Chasing Graves, Nilith really had grown on me throughout the trilogy. She is relentless, fierce, and doesn’t know how to lose or give up no matter how dire a situation is. Her strong feelings toward justice and passion to save Araxes are really infectious and it’s hard not to root for her. Especially since her image of society is unlike anything the other players’ vision for themselves.

Scrutiniser Heles–as I predicted–gets her own role all right. I swear that woman is invincible and, surprising as it is, she had grown on me as well. I actually liked these two strong, independent women a tiny bit more than Caltro himself and believe me, it doesn’t happen often. Ben Galley has great skills to bring these women to life, making me to put aside my judgements.

“Weakness was a product of fear, and she refused to be afraid.”

As for Caltro, well, I’m happy to report, his cheekiness didn’t leave him. Nor his need for justice and freedom. As the endgame nears, he will have to make some choices which can decide the fate of Araxes, and the Reaches. But can a thief bear such a burden? Fortunately for him he’s got some allies, not that he listens to anyone outside of himself, but at least Pointy tries to be his conscience. As much as a strangebound sword can be anyway. I really would like to see a spin-off series or two where Pointy and Bezel get to be main characters of their own stories. Bezel might had become one of my favourite sidekicks too.

“In the City of Countless Souls, it pays to keep your friends as close as your enemies. They might be one and the same.”

Ben Galley didn’t shy away from spilling as much blood as he could, throwing his characters from one nearly impossible situation into the next. And since we are talking about Araxes, the City of Countless Souls, even death doesn’t mean the game is over. You can just never know who is going to die next and how will that affect the unfolding events. Thus, you can’t help but read on page after page, trying to guess what madness Galley conjured up for the finale and how the plotlines will entwine with each other. If one thing can be said about Breaking Chaos, it is that the tension never leaves the pages. You don’t even have a moment of respite to catch your breath, because there is always something waiting on the next corner. Mostly death.

In Breaking Chaos, and eventually throughout the whole trilogy, events build up until the last, climatic fighting scene where the evil finally shows itself in its real from, making sense of the dead gods’ words. If there is one thing I missed from this trilogy is a bit more world building–especially some more mythology to give a depth to the big evil character which didn’t really feel that evil and to the otherwise rich world inhabited by magical creatures and interesting looking plants among other things.

“Heles looked around, noting the sand’s rosy glow and the dew on a nearby spur of butchered cactus. Its marron, finger-like branches and scattered pale fruit, not dissimilar to eyeballs, shone with it.”

If you already came this far, then don’t hesitate to make the final steps to find out who will sit on the throne of Araxes. Nilith? Sisine? Widow Horix? Boran Temsa? Maybe Farazar as the first shade Emperor or someone else who fits into the games played by the Cult of Shesh? Will Caltro win his desired freedom? In Breaking Chaos the table is set, events are in motion. All you have to do is enjoy this dark, bloody, hell of a ride.