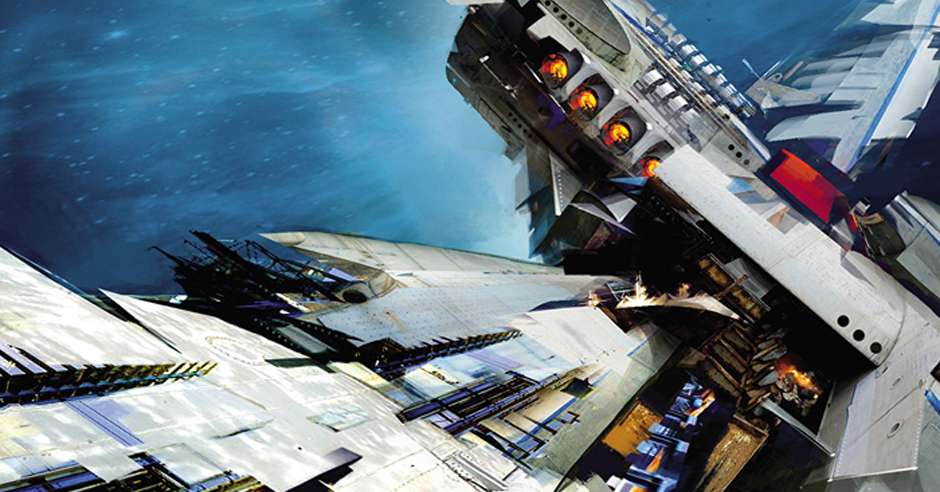 I spotted Leviathan Wakes online touted as Game of Thrones in space. If I’m honest about it, I bought it on a whim based on that and a want to read more sci-fi of the same calibre as Richard K. Morgan’s Altered Carbon. Do I think it’s Game of Thrones in space? No. I don’t feel that’s accurate, but it was a nice piece of marketing, I suppose. Is it the best sci-fi book I’ve read in a really long time? It most certainly is. 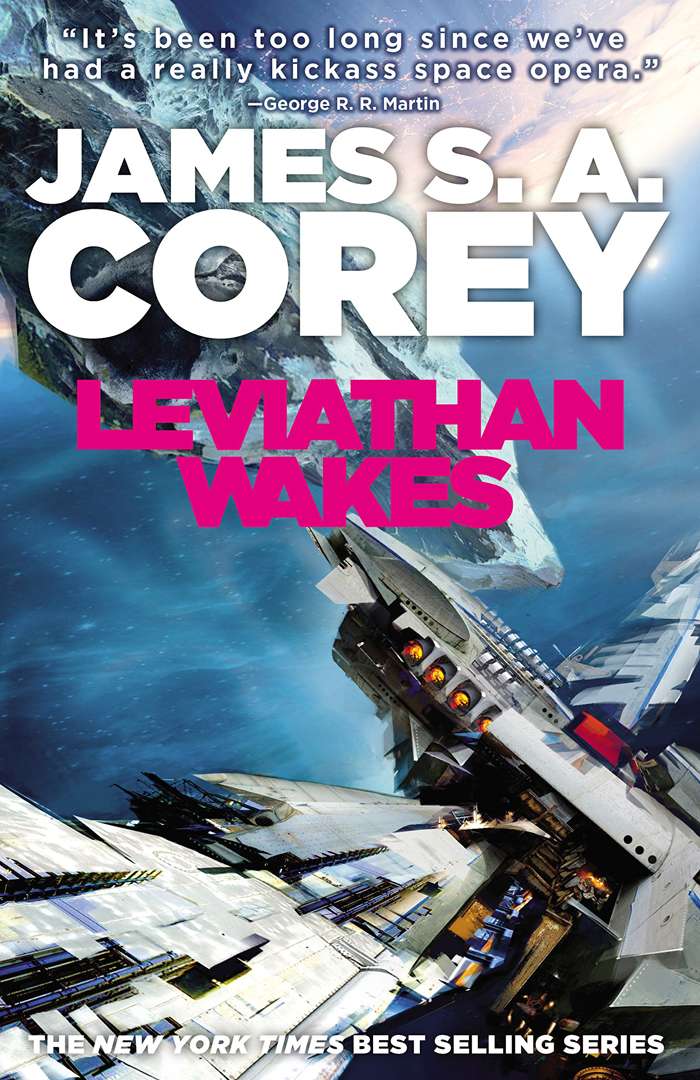 Leviathan Wakes tells a near-future story where humanity is divided into Earth, Mars and The Belt (Jupiter’s mineral rich rings). Earth is humanity’s cradle, and remains so with the other two factions not realistically able to survive indefinitely without it. Despite their far more advanced navy, Mars is still terraforming and relying on Earth to keep them alive. The Belt residents have almost become another human species, with entire generations never having lived inside a gravity well. Earth and Mars have the best of it, holding trade agreements and tariffs over the Belt, effectively keeping them destitute by comparison and pushing the rebellious Outer Planetary Alliance (OPA) into ever-growing acts of violence.

The story is placed in The Belt and told from two perspectives: Miller, a jaded cop searching for a young rich-kid rebel nobody really wants to find, and Holden, an ex-Earth navy officer in charge of a water hauler trying to do the righteous thing while not getting his crew killed at every turn. When Holden’s ship The Canterbury finds a seemingly abandoned or pirated Scopuli floating out in the belt, what he finds on board will kick off a war that could destroy the whole system–and the entire time humanity could be pointing their guns in the wrong direction to save themselves.

I’ll say it right out, this book is cleanly written, brilliantly paced and an absolute joy to read. One of the things that really makes it a gorgeous piece of fiction is the authors’ attention to detail–the physics, man, the physics. Lateral acceleration gravity; the Coriolis affect; treatment of gravity; using 0.3g and 5g (for example) as speed as opposed to “Parrotdog Mach twelve jungle ocean speed“; the effects of those speeds on the human body; the way 80% of the problems the characters run into aren’t resolved by some rather convenient piece of tech that’s just written off to “it’s sci-fi”; the list is as long as your arm. The sheer attention to detail, research and seamless implementation of that detail into the story and the way the science almost works like a fantasy magic system (in that there are early-set rules and the entire book sticks to those rules) makes this book worth reading before you’ve even met the characters. For those looking for a more “real” experience, this, right here, is your Huckleberry.

Apart from the politics, the setting and the overarching feel of hopelessness, grim determination and danger of The Belt, what will appeal to grimdark lovers are the two perspectives, Holden and Miller. These two are the perfect example of individual history creating opposing perspectives on what’s right. Miller is a killer, his past as a cop (imagine pre-70s cops perfectly happy to make problems “disappear”, but in this case through airlocks) has made him hard, more than a bit broken, and probably cold in the eyes of most. Holden, on the other hand, is righteous to the point of being reckless, where he acts before he thinks of the repercussions. This is most evident later in the book when Holden and Miller start to clash over the correct application of what is “right” when they are in the position of judge and jury. Together, these two are the perfect example of how learned morals and their application can be seen as good or evil from opposing perspectives – exactly the kind of thing us grimdark lovers enjoy getting our teeth in to.

The story ramps up like a deadset hollywood movie – probably why they made a series The Expanse out of it – and the wrap up and pay off at the end is brilliant. You won’t guess the ending, and the lead in for Caliban’s War, book two, has left me salivating for more.

From the grimdark reader perspective, if you demand a Jorg Ancrath or Logen Ninefingers for your grimdark anti-hero, you won’t get it here. But if you’re after detailed, believable, magnificent and un-put-downable characters who have the type of morally grey traits we at GdM know, love and publish, in a beautifully well thought out and imagined universe, then look no further than The Expanse. Click on the link below to buy it now and I pretty much guarantee you’ll love it.