REVIEW: Brothers of the Wind by Tad Williams 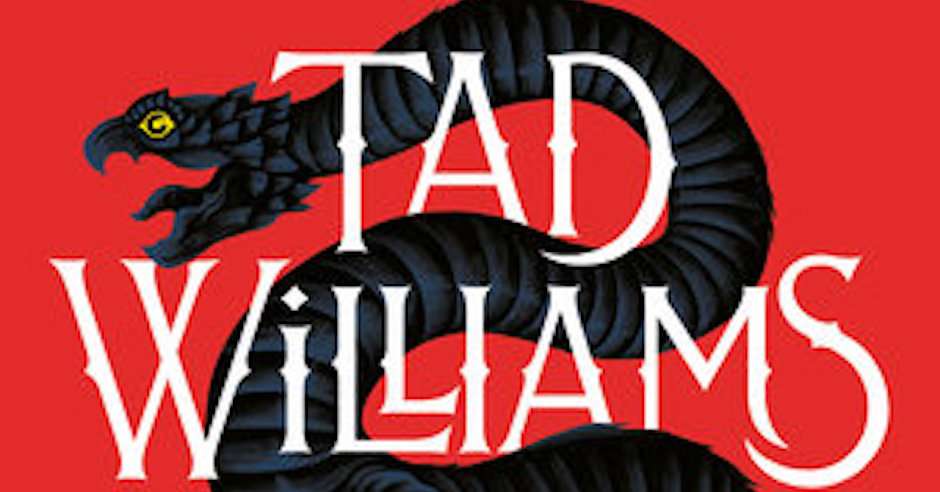 Ineluki and Hakatri are brothers, scions of the House of Year-Dancing and princes among the Zida’ya of Asu’a. Brothers of the Wind takes place in Osten Ard, the same setting as Tad Williams’ series Memory, Sorrow, and Thorn and his new trilogy-in-four-books, The Last King of Osten Ard. 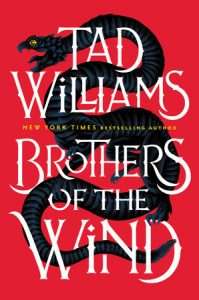 Brothers of the Wind is a prequel detailing the time before humans ruled much of Osten Ard, when most of it was still in the grips of the Sithi. We know Ineluki will become the Storm King, the harbinger of a frozen apocalypse in Osten Ard, and this book states the origins of his fall from a mercurial but loyal prince to the villain of Memory, Sorrow, and Thorn. But the book is not simply the telling of the fall of a tragic hero. We see the reasons for the fall of Ineluki, and the first steps on that path, but not the entirety of it. Much is still left to implication and the imagination.

Pamon Kes is our narrator, an armiger and servant to Hakatri. He is a changeling, a Tinukeda’ya, not one of the Sithi. However, he has been elevated beyond what any other changeling has been, a fact which gives him no small amount of pride. But the book never shies away from the troublesome nature of this, and how distant this has made him from his people. He does not know his own tongue, does not know any of the stories of his people, and when he wanders into the section of town that has other Tinukeda’ya, his clothing and bearing make him stand out so much that he has to flee.

Pamon Kes felt very much kin to Samwise Gamgee, in his utter devotion to his master regardless of the cost to himself.  Through his eyes, Hakatri is a paragon and Pamon is better for being near him. Pamon Kes starts as a more detached observer, content to assist as asked but mostly watching the dynamic between Ineluki and Hakatri. However, he becomes significantly more proactive in the back half of the book.

When a mortal prince asks the Zida’ya for aid against a dragon terrorizing their countryside, Ineluki makes a rash vow to not return home until he has destroyed it. Hakatri follows along, trying to convince him to return home, to wait for more warriors or at least get the witchwood spears necessary from Asu’a. But though Ineluki realizes his oath was foolish, and though everyone tries to convince him that it’s fine and no one will think less of him for breaking it, he refuses to.

The limitations and strictures of such an honor-based society are a huge part of the story. More, it’s not simply the oathmakers who suffer. Ineluki’s oath does not truly bind him save that he chooses for it to, and his brother Hakatri pays the price, being burned by the dragon’s blood. He is scarred and in constant pain afterwards, and Pamon Kes becomes more integral as they search for a cure or a balm for the rest of the book. Knowing that it was his own stubborn pride that caused his brother’s pain fills Ineluki with self-loathing, which makes him lash out at the mortals he’d rather blame.

Xaniko, an exile who fought and slew a dragon years before and has been permanently injured since, also refuses to return to Asu’a, though his wife is clearly dissatisfied. Hakatri makes an oath that he will go face punishment, including execution, for his role in stealing witchwood from another Zida’ya. And Pamon Kes, our narrator, is fiercely loyal to Hakatri even at the cost to his own self. All of them let their own pride and honor rule them, not just at a cost to themselves, but to their loved ones.

Williams is well-known for his long books, but Brothers of the Wind is a perfectly paced stand-alone  never feeling like a padded short story or a rushed longer story. It’s a perfect companion piece to his other Osten Ard novels. It has all the hallmarks of Williams—exceptional prose, a slow but methodical pace, and a sense of the mythic that inspires awe.

Read Brothers of the Wind by Tad Williams