Published in March of this year in the UK, Lavie Tidhar’s By Force Alone is a period-set mashup of Arthurian myth. This Arthur is brash, young, and power-hungry, expanding his influence out from a small band of men based in London. His ambition ruffles the feathers of many, and he ends up betrayed. Throughout the story we meet many characters familiar from Arthurian myth, such as Merlin, Kay, Guinevere or Gawain, with all of them having their own spin put on them. Classic elements of the myth such as the sword in the stone, the holy grail and the lady in the lake pop up too. 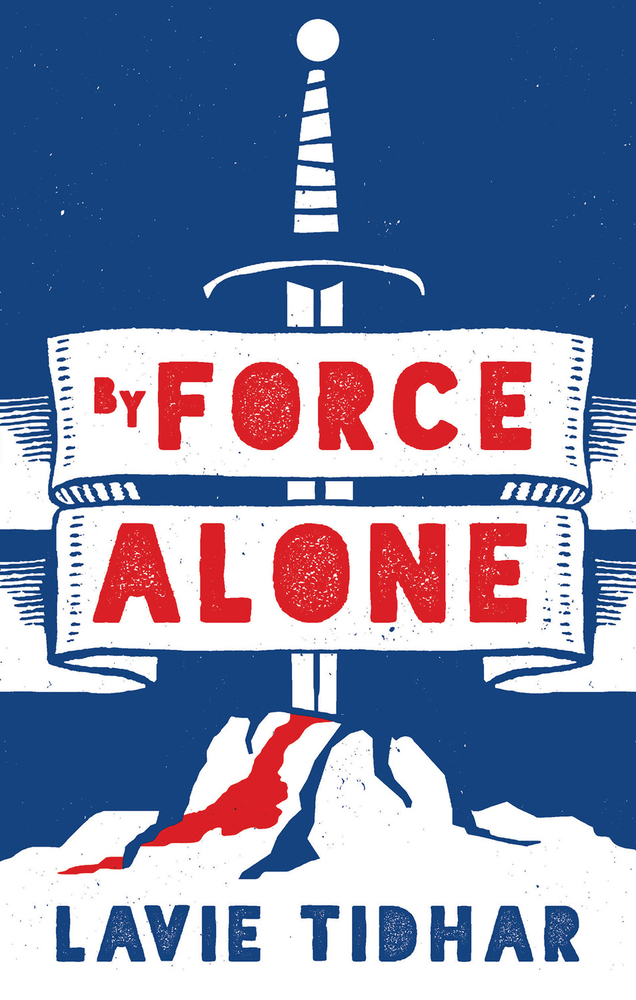 As the afterword shows, Lavie Tidhar has clearly done his research when it comes to medieval sources on Arthurian legends. He explains how the folktale of this legendary king grew into somewhat of a basis for fanfiction, and By Force Alone is his contribution to this ever-growing corpus. As someone who has a background in medieval studies, I can definitely validate this take – I think it’s versatile nature is one of my very favourite things about Arthurian myth.

However, if I’m being honest, I struggled a lot to get through this book, although I had been looking forward to reading it – it took me almost three months to finish it. It is fast paced, and the language used is rather crass and modern, breaking the illusion for me. Among other things, there is a fair amount of swearing, using terms that are commonly used in everyday conversation today. This led to a disconnect between story and characters, and I was unable to immerse myself in the novel. While I do not usually mind authors taking creative license with historical source material, having dialogue that is clearly twenty-first century in a book set in the early medieval period does not work for me. I do see this being a personal preference, and I’m sure that By Force Alone will be a book that is great for a different type of reader!

One of the things I did like about By Force Alone is the introduction of Guinevere and her companions, who, rather than being a hapless princess as she is often portrayed as, has her own agency. They are somewhat of a band of travelling mercenaries of their own, entering the story through choice and not due to marital machinations, which is refreshing. Generally, most of the characters in the book will be familiar to the reader from medieval Arthuriana, although not necessarily in this version. Many characteristics are exaggerated, and the fast pacing leads to little focus on individual characters and their growth, which for me meant that I lacked a sense of who they were as people outside of their immediate actions. They remained superficial, and I was unable to see much discernible character development over the course of the story.

I regret that I am not able to be more unequivocally positive about this book. Nevertheless, I am very grateful to Head of Zeus and Netgalley for providing me with an advance copy of By Force Alone in exchange for an honest review.