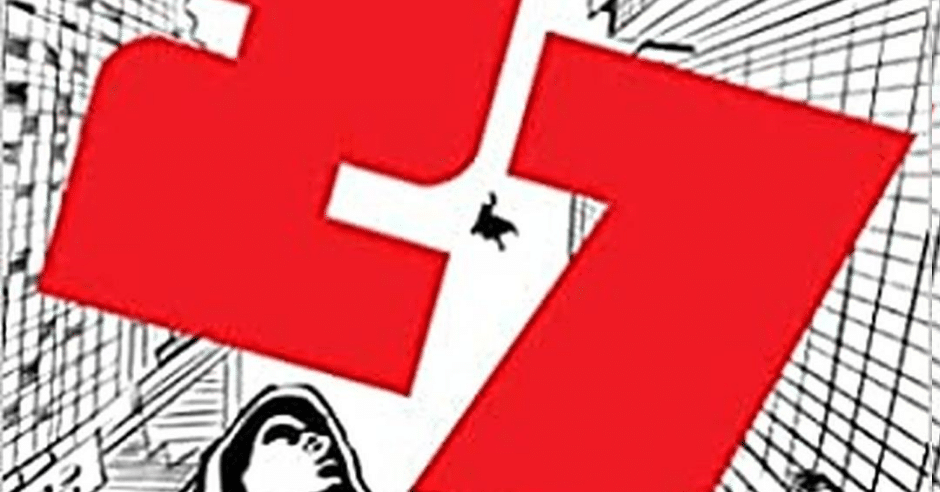 Bystander 27 is a superhero novel told from the point-of-view of an everyday man. Jon Hayes is an ordinary Joe, or as ordinary as a Joe can be if he’s an ex-Navy Seal who’s seen action in South America and the Middle East. While Hayes might be a normal enough guy, the parallel New York City he resides in is populated with a roster of superpowered heroes and villains — “costumes” in the parlance of this alternate world — who regularly duke it out in confrontations across the city. 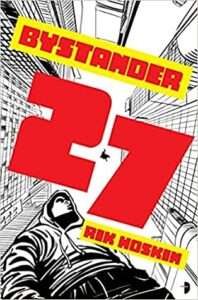 The superhero mythology in Bystander 27 leans more toward the tongue-in-cheek and goofy variety than the visceral and brooding type. Think Spiderman, not Watchmen. Villains such as Morgan Le Fey summon faeries and transform swathes of New York into medieval landscapes; heroes such as Captain Light fight off flying saucers and invading aliens. Physics and logic are mere afterthoughts. Jon’s world is what you might call “deep cartoon” territory.

It’s always going to be a big ask to write a novel where the protagonist is an everyday man in a world dominated by superpowered stars. How do you make this average guy relevant in a world where the heavy hitters can rip holes in the fabric of space and time?

This novel tackles the problem by loosely structuring itself as a mystery: something is fishy with the whole superhero/supervillain caper, and it’ll take an average guy – a bystander – to crack it open. Jon’s impetus for investigating is born when his wife dies as a consequence of a battle between two top-tier “costumes”. During the battle, Hayes’ pregnant wife is summarily flattened by a helicopter knocked out of the sky by the villain Jade Shade in a confrontation with Captain Light.

Haunted by her death, Hayes channels his grief into an obsession with the “costumes” who routinely devastate the boroughs of his city. His obsession leads him to trawl through reams of video footage capturing “costumes” in action, and during one of these sessions he finds, impossibly, the faces of himself, his wife, and a version of his unborn daughter in one of the crowds. What does this mean? Is someone meddling with time, with the fabric of reality? Is there a deeper conspiracy at work?

I definitely got undertones of Garth Ennis’ The Boys, in that we have an average man being inducted into the shady world of the superpowered, although The Boys is much darker and cynical in its worldview. Hayes is also very much a loner in his feud with the “costumes”; he doesn’t have a mentor like Butcher to initiate him into a life of lawless mayhem. In fact there is only a skeletal supporting cast of characters in the novel. Jon has no close friends to speak of with his social interactions being limited to generally brusque and businesslike exchanges.

Oddly—and perhaps subversively—there is no single arch-antagonist spanning the whole narrative of the novel. Jon is fighting the system as a whole, or the system as he perceives it, which is one where costumed heroes and villains duke it out with no regard for the common citizens, the little people like him and his dead wife. That said, he certainly engages in his share of fisticuffs with assorted foes, but these are set-piece confrontations and not a struggle against a larger, hidden foe.

There is much to like about the novel. The flashy battles between “costumes” where Jon is a bit player or mere spectator, or the fights between Jon and “costumes” he’s targeted, are well-written, action-packed and genuinely entertaining. There’s an inherent blockbuster thrill to scenes that showcase ludicrous catastrophe and off-the-wall escapades that are only possible in a world where people can bend time, fly, and wrench helicopters out of the sky.

That said, Jon’s motivation never feels sufficiently robust to carry him through the novel. What he actually wants, his purpose, often seems nebulous, even towards the climax. He doesn’t want revenge, he doesn’t want to find a way to return his dead wife to the living, and solving the mystery of the faces in the crowd doesn’t unflaggingly motivate him, either. The mystery aspect rubs shoulders somewhat uneasily with Jon’s desire to confront Captain Light over the death of his wife.

His introverted character is part and parcel of who he is in the novel, but this enforced isolation limits his development somewhat and makes him a difficult guy to get behind and cheer for.

If you’re a superhero comic book fan Bystander 27 is definitely worth a look, with the caveat that the novel is cut from a different mould to the classic hero vs villain superhero tale. However, those not so enamoured with superheroes may find Hayes’ escapades a little too unrelatable.