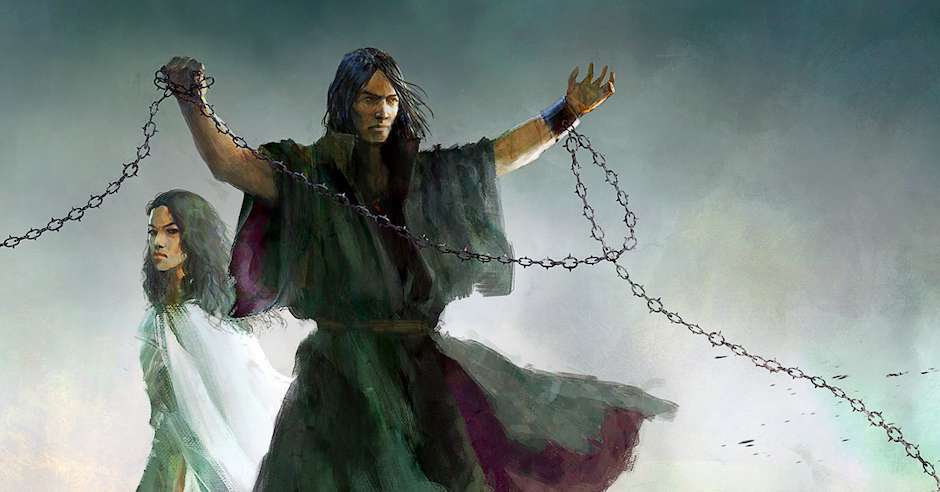 Chains of Blood by M.L. Spencer is the follow up series to her incredibly entertaining Rhenwars Saga books. The Rhenwars Saga books were a grimdark series that was actually heavy on the grim but not so much the dark. A deconstruction of traditional high fantasy narratives, they followed wizard Darien Lachlan in what initially appeared to be a epic of the evil Middle Eastern-themed Darklanders vs. European themed Lightlanders. 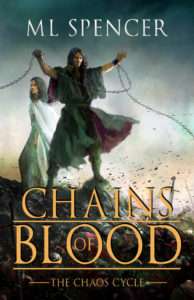 The Darklanders lived in a land of eternal night as well as worshiped the dark god Xerys while the Lightlanders worshiped a variety of benevolent gods. Gradually, the novels tore apart this simple premise with an analysis of the Darklanders’ motivations, the corruption of the Lightlanders, and our protagonists finding their own actions proving more monstrous than their enemies. I really recommend the series and think it’s an underrated series destined to become a cult classic.

Chains of Blood is not so much a sequel as a second series set in the same world. You’ll benefit from having read the original books but they’re not necessary. The series tells a wholly original story that merely references the previous one with the children of the previous story’s (anti)heroes. I liken this as equivalent to reading the First Law trilogy before reading books like Red Country by Joe Abercrombie.

The premise is farmer Rylan Marshall is a father of two when his house is attacked by murderous cultists who kill his eldest, kidnap his daughter, and then make him swear his soul to an evil god before releasing him. He soon discovers this is because he is the scion of the most feared and hated mage in the world. Except, one man’s terrorist is another man’s freedom fighter and Rylan discovers that others are prepared to pledge allegiance him.

It’s about thirty years after the events of the original series with the Darklanders and the Lightlanders having an uneasy peace. Both sides were guilty of atrocities during the war and neither has forgiven the other. Attempts by the mages to heal the rift or at least build understanding only result in tensions being made worse. As such, neither of the races are prepared when a new enemy arrives in the form of  the Turan Khar. Similar to the Seanchan from the Wheel of Time, they are an invasing force that keeps its own mages enslaved as weapons.

Chains of Blood is something I would consider putting underneath the label of grimdark because of the pervasive moral ambiguity, deconstruction of high fantasy, and its willingness to show the heroes going to extreme lengths for advantage. However, it’s definitely on the lighter side of the spectrum in terms of grit, cussing, depravity, and violence. It’s a darker fantasy story but not something that would immediately stand out among more traditional fantasy works.

Despite this, I would recommend it to fans of both the original Rhenwars Saga and someone looking for a new series to entertain themselves. I’m eager for the sequel and hope it will come out relatively soon. This book is available on Kindle Unlimited as well, being one of the better fantasy novels available through that service.

(Check out an excerpt of Chains of Blood here)