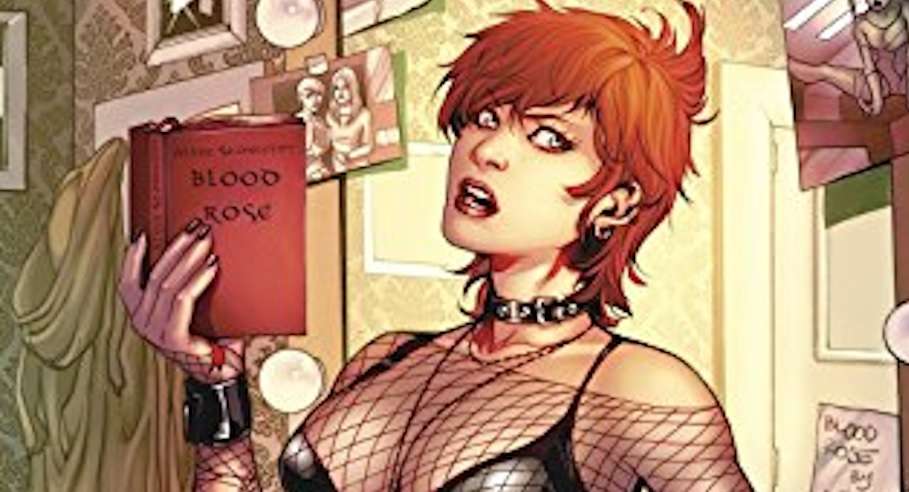 Chastity Volume 1 by Marc Andreyko (author), Dave Acosta (artist), Emanuela Lupacchino, Tim Seeley (artist) is a re-envisioning of the “classic” Chaos! Comics character for the new millennium. I use the term classic in quotes because the Bad GrrlsTM of Chaos! Comics were a hit and miss collection of creations from the Dark Age of Comics a.k.a the Nineties. Chaos! Comics specialized in telling stories of murderous antiheroes with gorgeous art and sexy ladies kicking ass. Which, honestly, appealed to this Goth Boy every bit as much as it was intended to. 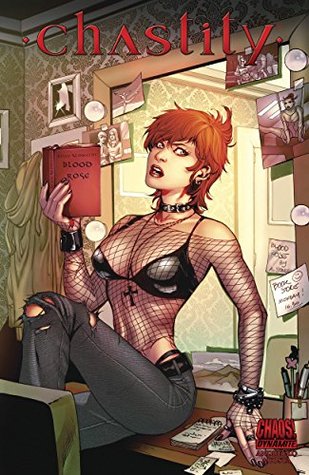 Ultimately, Chaos! Comics disintegrated and the rights for some of their more popular characters went to other studios like Dynamite Entertainment. There, the creators seemed interested in taking the original concepts and exploring them more thoroughly than Chaos! ever did. Sometimes this has worked well and other times not so much. I’m going to say that I think it worked fantastically well for Chastity and I write this review to recommend this volume.

Chastity is updated from a sexually abused teen turned into vampire assassin to a young Olympian hopeful with an abusive mom attempting to re-live her own glory days. Chastity breaks her ankle during practice and ruins her chances, though. Depressed, she turns to become a fan to the in-universe equivalent of Twilight as a way to cope. It’s then poor Chastity discovers that the author of the books is a sadistic vampire serial killer who turns her as well as her younger brother before slaughtering the heroine’s family.

Honestly, I feel like the new version is far superior to the original. It’s a bit closer to an R-rated Buffy than pure edgelord and as a fan of Buffy, I had a lot more positive things to say about Chastity’s reimagining than her predecessor. Like Deadpool, the character benefits from being taken a few degrees back and finding a new voice than their original “dark and edgy” origins. It’s a rare statement for Grimdark Magazine but the new Chastity is far less try hard. 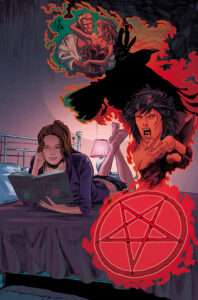 That’s not to say the comic is light and fluffy. Quite the opposite. It reminds me strongly of Hack/Slash by Tim Seeley that is my all-time favorite comic except for maybe Eighties Spider-Man. The violence, angst, heartbreak, and storytelling is all top notch. Chastity may not be the most horrifying kind of vampire out there but she’s still a monster and the other members of her race are pure evil. These are scary, brutal, awful vampires and I love it.

The artwork is fantastic for the comic and I enjoyed just looking at the extremely well-done panels. I fully admit to my Goth Girl bias with Chastity and think she’s one of the most interesting to look upon women in comics. She ranks up there with Cassie Hack, even though the artists don’t turn her into the same level of pin-up that my favorite slasher hunter is.

I strongly recommend picking up the first volume of this book and believe that you won’t be disappointed. This story has a beginning, middle, and end that provides its protagonist a complete arc. While I hope it is successful enough to continue for some time, if you just buy this one then you will be fine.