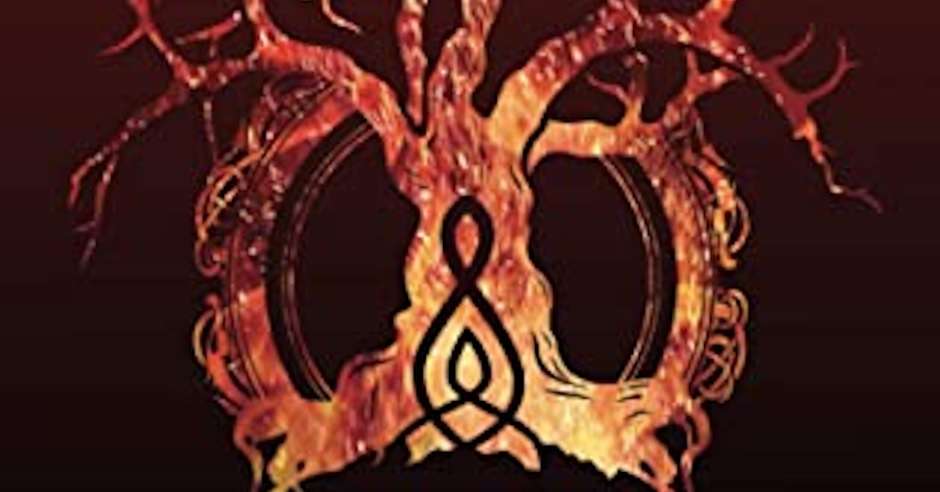 Bjørn Larssen debuts his Norse mythology series The Ten Worlds with the ambitious Children. This dark retelling of Asgard’s pantheon is no rosy Marvel Universe depiction, the violence and savagery of the deities and their contemporaries being on full display. 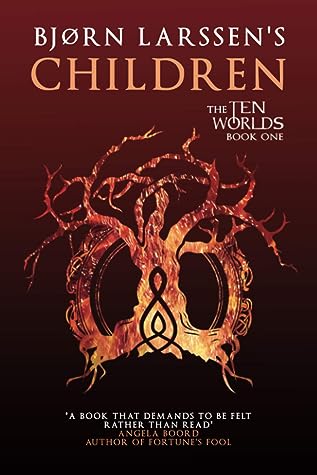 The narrative follows the misadventures of two protagonists: Maya, a powerful sorceress and human foster daughter of the goddess Freya, and Magni, the naive and seemingly innocent son of Thor, god of thunder. Both seek, in each their own ways, to escape the paths they seem destined to walk by fault of their parentage. Yet, both have much to learn from the uncaring and dangerous world around them, especially the sheltered and simple-minded Magni. Nothing is quite as it seems in the lands of gods and men, and each revelation leaves more mysteries than answers as we follow the titular children on their journeys.

Larssen chooses to take a meandering route with his pacing, and the novel does not adhere to a typical plot arc. Rather, we stumble along with Magni and Maya as fate sweeps them from event to event, the characters being rarely in control of their situations. While unconventional, I did enjoy the less traditional approach and felt it played well to the ‘dark fable’ style of storytelling achieved here. Characterization was well realized in that the protagonists were portrayed consistently and exhibited dynamic qualities as they came of age during the tale, though this didn’t always translate as enjoyable material. In particular, the dim-witted Magni was often painful to read, as much of his chapters take place in his own mind as he struggles to understand just about anything happening around him. While this is done deliberately to leave the reader clues as to the true nature of the unreliable narrator, the execution of it was frequently exhausting to get through. Particularly strong, however, was Larssen’s portrayal of the Norse gods, with each one depicted standing out to make every divine encounter a memorable highlight of the story.

At times, the tone of the book struck me as odd, with several instances wherein use of almost slapstick-style comedy seemed out of place in the face of unfolding events. Though I’m sure the juxtaposition of humour and tension were intentional, I’m not as sure it worked in quite the way the author wanted, as -for me at least- it mostly distracted from the seriousness of those moments without actually paying off in laughter. The writing itself was generally well executed and the author’s use of surrealist elements is one of the areas in which this book truly shines. I also appreciated the relatively succinct descriptions of scenery, allowing for the reader’s imagination to go to work and hasten the flow of the plot in the process. The action scenes were well done, though Larssen’s frenetic style of depicting violence did make it, at times, hard to picture what was happening, forcing the reader to feel the energy of the moment in panicked fragments rather than a more traditional ‘fight scene’ approach.

Thematically, there is a lot to unpack here as Children is as actually less of a coming-of-age tale as it is a study of trauma, a commentary on classism and privilege, an observation on the expectations placed on each other by child and parent, and a questioning of what it says about us when one group of people can dehumanize another. Larssen does deft work to weave these ideas organically into the novel, and never did I feel that I was being subjected to a heavy-handed moral lesson. Indeed, the reader seems encouraged to find their own conclusions on these subjects rather than being led down any particular garden path.

Despite some few, yet pronounced, flaws and unconventional storytelling, I really do appreciate what Larssen has achieved with Children; an ambitious, dark and layered depiction of Norse mythology.