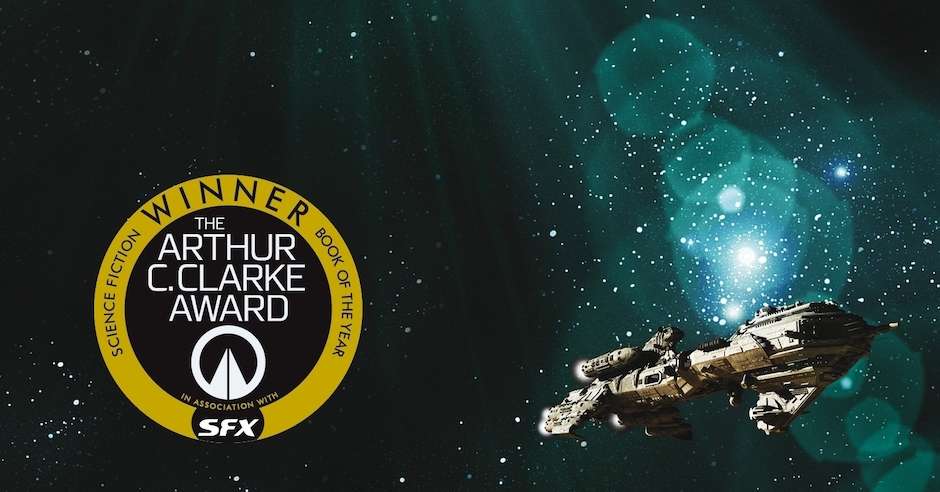 I received a review copy of Children of Time in exchange for an honest review. Thank you to Adrian Tchaikovsky and Pan Macmillan for the opportunity.

Children of Time is 600-pages of extraordinary, evolution-based science fiction that features quality storytelling and worldbuilding that is rarely seen in this generation. This narrative is set over 1000’s of years. We first see Doctor Kern and her scientific team of 19 as they wish to experiment with monkeys and a nanovirus on what some individuals are considering could be the new Earth. After betrayal and confrontation on their spaceship, which may be reflecting hostilities back on Earth events don’t progress in the way that they envisaged. 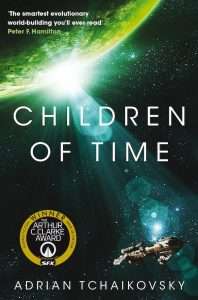 The action mainly follows two very different perspectives. The first is the views of a human classicist named Holsten who has travelled for two millennia to the above-mentioned planet after the end of Earth. He is onboard the spaceship Gilgamesh with the remnants of the human race and spends most of his years frozen and therefore not aging. The crew members are only awakened when their duties permit it necessary so our first contact with the human ensemble is when they are approaching the said planet. The crew features the needed components to create a new future including commanders, engineers, soldiers, intellects, etc… It transpires that the planet they are looking to land on is already occupied and it isn’t by the highly evolved monkeys as was planned. This brings me to the second perspective which is written from the point of view of spiders – a species that are also receptive to the advancements in evolution that the nanovirus presents. This complication was not accounted for and may be problematic. We follow the spiders as they evolve over 100’s of generations and the way it is written is truly unique. The main spiders we follow are Portia, Bianca, and Fabian. They don’t live to be 1000’s of years old, instead, we follow the original characters’ relatives through different generations as the spiders evolve. They may share the same name but often have very different personalities. There is also a third perspective that is from a human/machine/satellite/messenger/God viewpoint and she is very protective of ‘her planet’ and does not wish for the humans to land. It’s a superbly original tale in the way it is presented.

Often, science fiction stories that I read are overly complex with tech-lingo and it sometimes feels like the author is trying to prove how smart he is. In the first few pages of Children of Time, I thought it would be the same again. However, after the first chapter or two, it became crystal clear that this is a novel where the story, characters, and development are the top priority. It is beautifully written, and has been extremely well researched and is expertly paced. Children of Time is packed full of highs and lows. Who could have known I’d care about the death of a revolutionary hero giant-spider? The spiders’ society throughout various stages of evolution is intensely detailed and complex, still the way the species progress feels organic and natural although before this narrative I’d have never considered how a spider community would behave. Turns out they’re pretty damn sexist!

For quite a lengthy book I was reading this at a blistering pace. Chapters tend to be between 10-20 pages so it was always tempting to just read one more which soon became another 100 pages. Especially the last 100 pages with I devoured in one breathless sitting. It features an insane space battle and I could never have imagined reading something of the sort when I first picked this up. The ending is intense, unpredictable, but highly satisfying. When I finished reading this story the first thought I had upon reflection was that there is no way I could be an author because I could never write anything this good so what would be the point? It’s one of the best science fiction books I’ve ever read and I’ve already started Children of Ruin. A+ Recommended.

Buy yourself a copy