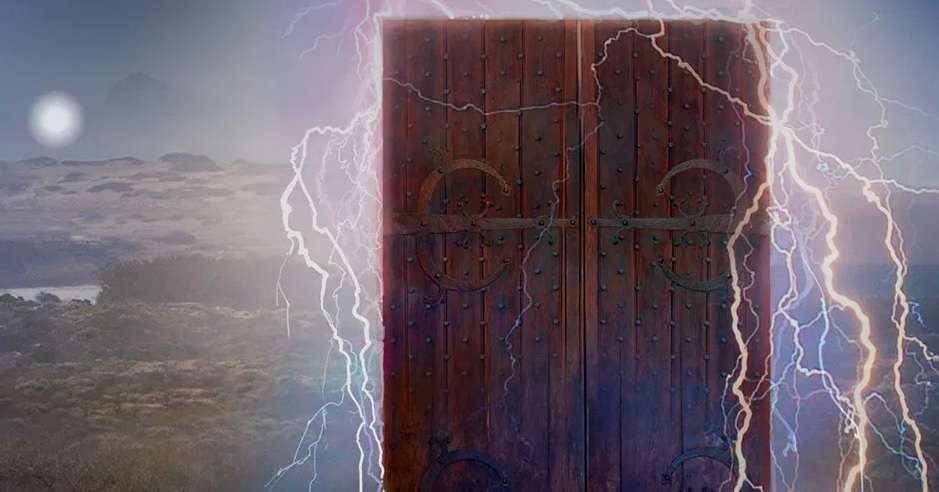 Come Tumbling Down, Seanan Mcguire’s fifth installment in the Wayward Children series follows the adventures of the delightfully macabre and grisly Wolcott twins. Jack, the mad scientist, sufferer of OCD, and generally quirky misanthrope and Jill, jacks twin, cruel, beautiful, and wants nothing more than to become a vampire. Jack returns to the school via a door made of lightning, literally carrying her love in her arms. Jack is trapped in the body of Jill, and although Jill is virtually identical to Jack physically, Jill has done horrible things that have soiled her very essence. Jack is a sufferer of OCD and desperately needs her body back to salvage her sanity. She requests the aid of former classmates in a quest, disobeying the no quest rule, to get her body back from Jill and save Jill, even if it means saving her from herself. 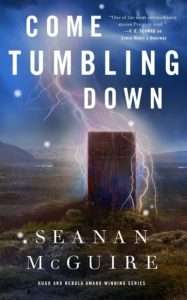 The Moors, the twin’s world they have come to love, is a place of darkness, monsters, mad science, and unforgiving fierce creatures.  It is a place where gods are drowned, the moon has power, and lightning fuels the world, and it is a place where Jack feels most like herself and a home where she wants to stay. But first, Jack and friends Kade, Sumi, Cristopher, and Cora must help Jack stay sane and save this dark and macabre world. But, who knows who the monsters are? The line between good and evil or Monster and savior can be blurry. It depends entirely on which side you are standing.

“The world doesn’t stop spinning because you’re sad, and that’s good; if it did, people would go around breaking hearts like they were sheets of maple sugar, just to keep the world exactly where it is. They’d make it out like it was a good thing, a few crying children in exchange for a peace that never falters or fades. We can be sad and we can be hurt and we can even be killed, but the world keeps turning, and the things we’re supposed to do keep needing to be done.”

Again, McGuire delights and intrigues with the darkly rich world she has created in the Wayward Children series. Each installment has a message or a sort of idea that can be gleaned from the pages without it coming off as preachy. In this entry, McGuire touches on the sense of self and not being at home in one’s own body. Where your body on the outside does not necessarily match who you are on the inside. It is an important message, and McGuire treats the subject delicately and with immense care.

McGuire has written another beautiful and meaningful story with Come Tumbling Down. It will delight, and maybe shock a bit. And, when you get done reading it, you might think twice about who is a monster, and who is not.