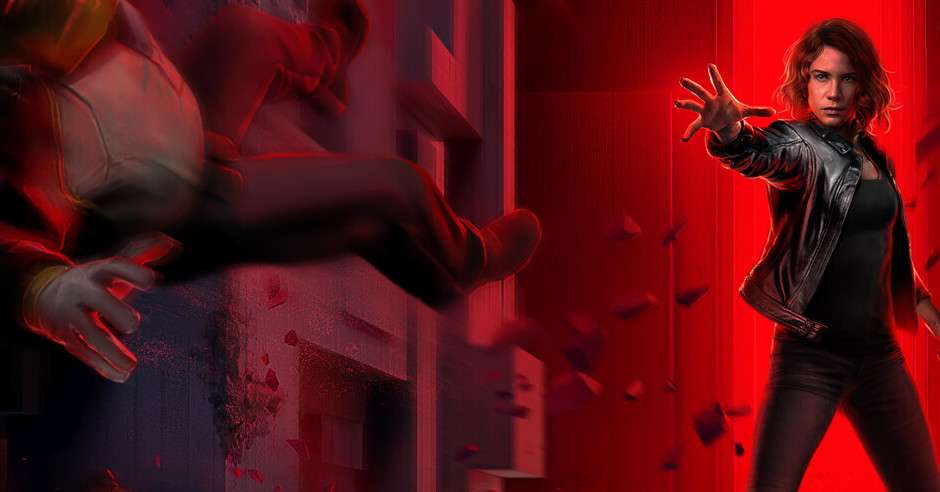 “It will happen again in a town called Ordinary.” These were words spoken in reverse in the theme song of American Nightmare, the semi-official sequel to Alan Wake. It was meant to set up Alan Wake 2, which would take place in a town called Ordinary. Unfortunately, the disappointing sales of Alan Wake combined with other matters prevented us from ever discovering what was going to happen in Ordinary–until now. 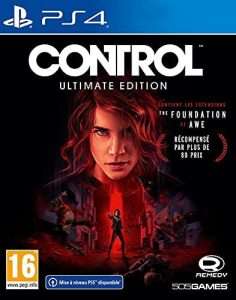 Control is a stealth sequel to Alan Wake where you take the role of Jesse Faden, a young woman who has tracked down the mysterious Federal Bureau of Control that kidnapped her brother a decade earlier. Discovering no one at the front doors or, indeed, anywhere, she proceeds to investigate and ends up discovering the dead body of its director. Jesse picks up a mysterious gun by the corpse and unwittingly inherits leadership of the FBC. She also discovers the headquarters, called the Oldest House, is eldritch location that would give R’lyeh a run for its money.

Unfortunately, the FBC is having the worst day in its seventy-year-history with an extradimensional noise called the Hiss possessing large numbers of the staff before turning them into aggressive zombie-like monsters that can still use guns. A handful of the employees are still alive and all of them instinctively recognize Jesse as their new leader. Jesse is both annoyed and intrigued by this since she planned to bust out her brother from these people, not save them from a parasitic noise.

Jesse finds herself running from place to place, doing errands for her employees that are justified by the fact they’re mostly terrified researchers and she not only has a magic gun but soon develops powerful telekinetic abilities by draining the artifacts the Bureau of Control keeps on lockdown. Some of them are unhelpful to her quest to free her brother while others are genuinely shocked at the idea they’ve been keeping someone prisoner for seventeen years.

The purpose of the game is to eventually unlock all of the secret doors and passageways through the Oldest House as well as solve the mystery of the Hiss before shutting them out of this dimension. You also find out what happened to Dylan Faden right before it gets ridiculous that Jesse keeps putting it off. I have some complaints about the ending (see below) but it is, overall, a truly fantastic game.

Gameplay-wise it’s a third person shooter with psychic abilities. Jesse fights hundreds of Hiss throughout the corridors of the Oldest House. You can shoot them, throw rocks at them, levitate to do either, or dash past them. It’s a surprisingly entertaining gameplay loop and serviceable enough that I barely noticed the enemy variety is pretty weak. There are some great bosses in the game like the Pacman-like Anchor, essJ, and FORMER but these really should have been part of the main story rather than sidequests. I also note the game lacks a final boss, when they had a perfectly good one already programmed with essJ or someone programmed with her powers.

The game possesses a surprisingly versatile customization system with the option of basically activating cheat codes alongside the power to customize the difficulty along a slider. Jesse can become all but bullet-proof, unlimited energy, invincible, or one-shot kills with no judgement. It almost makes up for the absence of a New Game+ mode that I would have really appreciated given my maximized levels of powers that I had nothing to use on at the end.

The Oldest House is an excellent example of “less is more” in terms of its graphics. The Oldest House looks like an old-style Seventies or Eighties government building with pneumatic tubes, carpeting, and green screen computers. Then things go “off” like the piping that leads to a massive nuclear power plant, sewer filled with humungous sentient clogs, and alien rock quarries in the basement that lead to alien vistas. Jesse Faden is a beautiful protagonist and while she’s a bit emotionally closed off, Courtney Hope does a fantastic job with her acting. 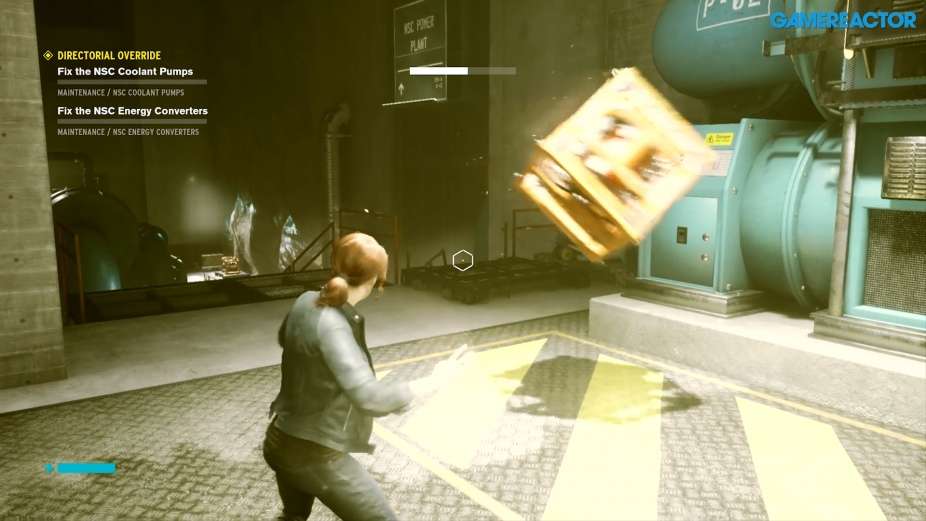 Control is basically adaptation of the SCP Foundation. Those unfamiliar with that is it is an online project where people write stories about weird and inexplicable objects that are investigated by an X-Files like organization that contains them to protect the public. Control barely hides its influences with many of the materials you can pick up being