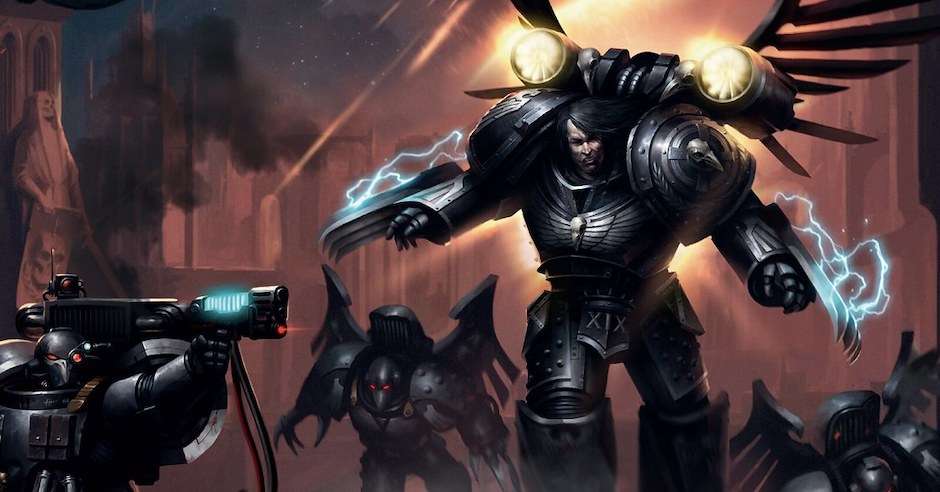 Corax Lord of Shadows is another entry in the sprawling, action-packed military sci-fi universe of Warhammer 30,000 brought to us by Black Library. With a focus on actual freedom versus the illusion of freedom within the iron fist of the unstoppable Imperial crusade, Corax Lord of Shadows was an exciting and fun entry point into the 30K universe. 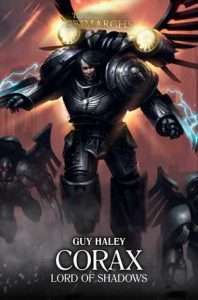 Corax, the primarch of the Ravenguard finds himself tasked by the Emperor to humble the thousand cities of the Carinae, and bring them under The Imperium’s yoke. A rebel group arises who think themselves to be enacting Corax’s vengeance for him. What they fail to understand is that while Corax wants for vengeance he is driven to establish order and the promised peace that will come when humanity rules the galaxy. By any means necessary.

The key idea of this book is, “Freedom vs the illusion of, or more precisely planetary freedom vs the illusion of it within an empire” The Imperium offers a choice of any colour you’d like to draw with, so long as you draw within the clear, bold, immovable lines. Fans of Warhammer 30K and 40K will know this like the back of their hands—this has been the theme of this universe for decades. For new readers like myself this represents an important part of the Imperium of Man.

To the lords of Carinae freedom is to always have a choice. Being able to govern themselves as they had done in the past. Corax, his Legion and a vast Imperial war host arrive with a choice backed by a crusade.

I loved seeing Corax and the Ravenguard enact the will of the Emperor. The primarch weighing scales of vengeance alongside a will to see order and peace brought to all. I enjoyed seeing Corax’s own legionnaires question him. I saw them become shell-shocked and introspective of the foul things they had done and would do in a bid to achieve a golden-age for Mankind. The constant clamour of dissent in the voices of the people of Carinae, and the unbreakable will of The Lords, provided an excellent opposing force.

Guy Haley shows us how primarchs are different to the legionnaires. They think on a grander scale, and are demi-gods within the setting. They are razor sharp and perceptive. Above the abilities of the primarchs, the Emperor and his ambitions are well defined and obscure, even to Corax himself.

The side characters and their stories in the book are for me what shines. Corax is an interesting character. Although his thinking is human for a being so far removed, he is still far removed from us that at times I couldn’t connect with his character. I’d love to read some stories before he became about his earlier years before he became so subject to the dogma of the Empire, and see how different he may have been as a leader of his Homeworld before he was set to the task.

Corax Lord of Shadows is worthy of high praise. As an entry point into the Black Library it left me with a lot more unanswered questions. A few small flaws aside, the book is exceptional. The horrors of war in the vast expanse of the void are not glorified in the least bit. Characters remark on the violence and ponder why they do it and to what end. The plot has some good twists and does enough to not leave a clear answer on who is right or wrong.

I would not hesitate to recommend this book, both for old and new fans of 40K and 30K, alongside fans of military sci-fi and fantasy. The galaxy the Emperor envisions lives in black and white. As a reader I love seeing the grey areas and knowing that in all chaos there is order.

Potent, political and provocative. Corax Lord of Shadows is a fantastically introspective spectacle, watching Corax walk a razor’s edge with vengeance to the left and order on the right is incredibly entertaining.