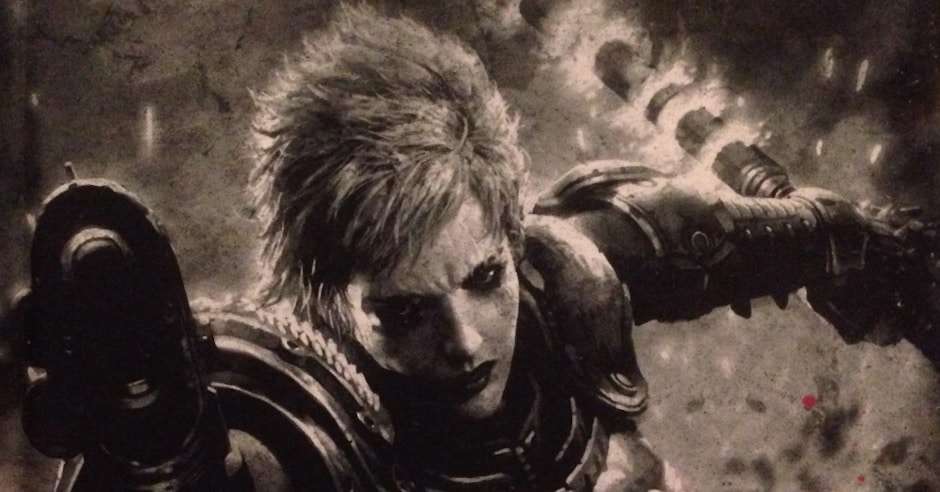 Judge, jury and executioner in the Judge Dredd mould, the Adeptus Arbites act as the long arm of the law on the countless planets of the Imperium. Largely overshadowed in the fiction of the 41st Millennium, Crossfire is an exception, though the Arbites are perhaps to become more notable in light of the upcoming Warhammer Crime line. 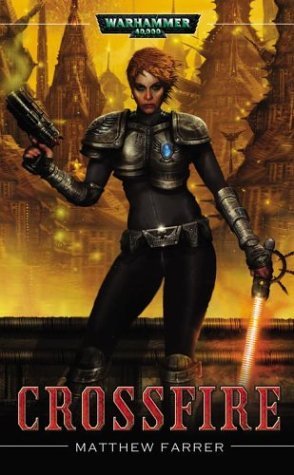 Matthew Farrer’s Enforcer novels (Crossfire, Legacy and Blind) are a marvellous depiction of the work of the Arbites. Let’s pick the first, Crossfire to concentrate on.

Shira Calpurnia is our protagonist, a high-flying member of the Adeptus Arbites, promoted to arbiter senioris on Hydraphur, an important harbour for the Imperial Navy. The first chapter has Calpurnia getting an injection from a member of the Order Biologis. It’s a wonderful combination of hard-ish science fiction (transferring to a new planet with a new ecosystem might well require shots, same as travel vaccination) and the religious dogma of the far future. In some ways, this is comic, like having to attend high mass before you can send a parcel at the post office.

Then an attempt is made on Calpurnia’s life, thrusting her directly into the workings of Hydraphur during the lead-up to a religious festival, all before the arbiter can find her footing in a new job on a new planet. She is used to simpler religious practices and a less convoluted power structure. Beside her, we are slowly introduced to Hydraphur.

Farrer, in a brilliant authorial decision, precedes each chapter with an entry from a Hydraphur almanac, covering the events and religious obligations of the day in detail. Days with ceremonial feasts or fasts; days when all motor traffic is banned; days where it is inappropriate to call on naval personnel; days in which the faithful should prepare the correct instrument for self-flagellation. (‘Children too young for scourging should assist in sharpening their parents’ blades as a way of preparing them for the age when they will participate.’)

This is not the only Warhammer 40,000 novel to concentrate on civilian life; Dan Abnett’s Eisenhorn trilogy is also worthy of note. But Crossfire is centred on the Imperium. No heretic plot or alien invasion is on the horizon, which, without spoiling too much, rather makes the events of Crossfire that much more depressing.

Legacy and Blind continue Shira Calpurnia’s career around Hydraphur. Legacy has strands of action converging on Hydraphur, rather like Crossfire. Blind manages the feat of setting a murder mystery in a telepathic communications facility, like a grimdark version of Alfred Bester’s The Demolished Man –shedding some light on the workings of a portion of the Imperium neglected by fiction. However, the feudal, divided Crossfire, with its ticking clock of almanac pages and dive into Hydraphur’s deadly power struggles remains a favourite of mine, and a worthy addition to your library.